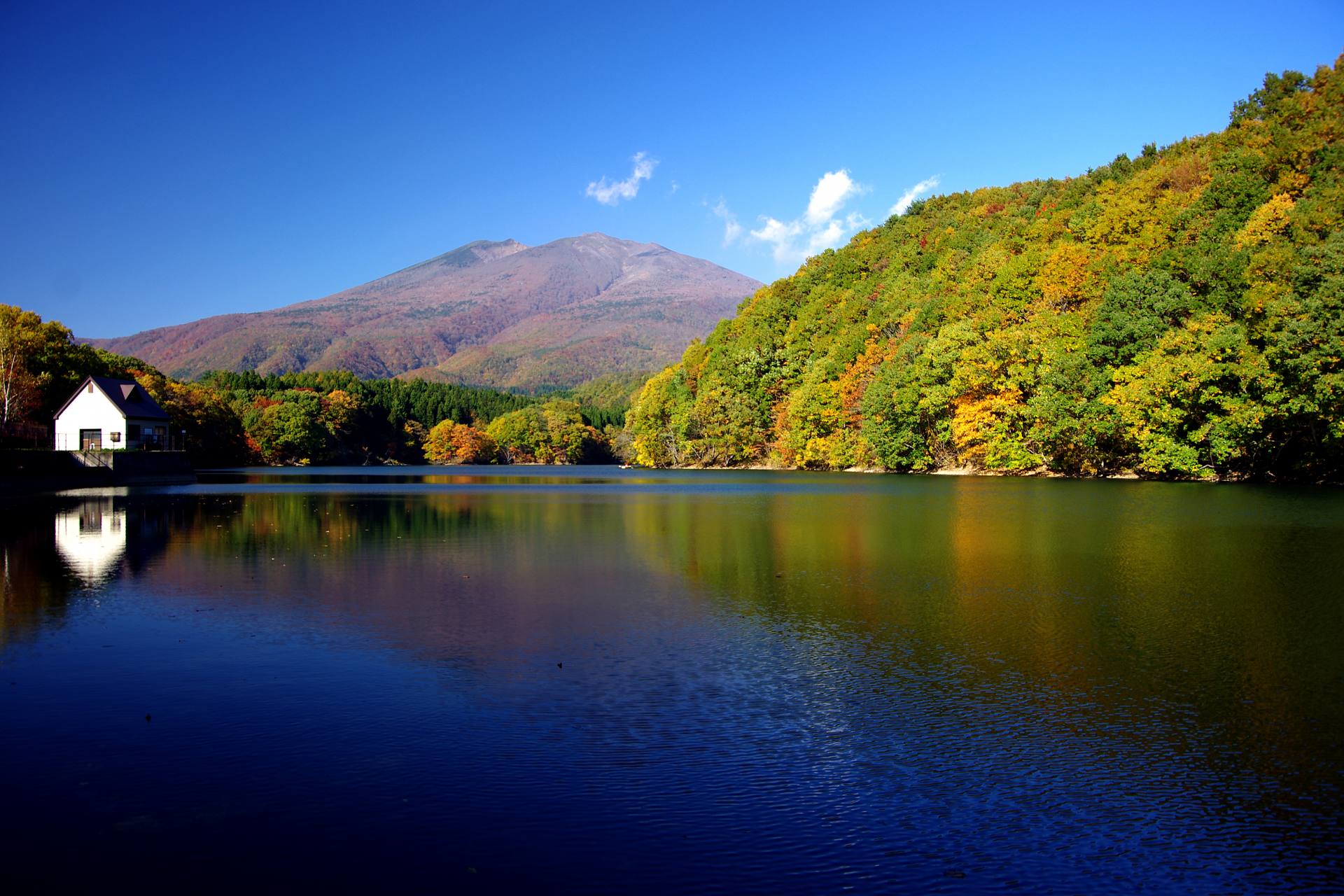 Miyagi Prefecture boasts Akiu Great Falls, one of the three greatest waterfalls in Japan and Matsushima, one of the Three Views of Japan, both of which are also famous fall foliage viewing spots. But if you want to appreciate the beauty of fall foliage in a quiet place, Choroko Lake in Shiroishi is recommended. Although not massively popular, the region has fiery red fall foliage and Mount Fubo (“Fubosan” in Japanese), a famous mountain to the south of Mount Zao.

At the foot of Mount Fubo, which is to the south of Mount Zao that straddles on the border between Miyagi Prefecture and Yamagata Prefecture, there is an ever-beautiful natural lake called Choroko Lake, which is 2 km in circumference and about 500 m above the sea level.

As fall approaches, the scenery of Choroko Lake is changing faster with time: exuberant greens tinted with the reds of maple leaves in early fall, fiery reds in mid-fall and reds alternating with yellows in late fall. No wonder this picturesque spot is the first choice for viewing maple leaves as recommended by the locals.

If you want to walk here, you can saunter around Choroko Lake or go to the nearby Yokokawa Valley for a stroll. You may follow the walkways specially built by the locals, and take a break in the park by the lakeside on your return.

No matter where you are strolling, you feel as if you were in a Shangri-la and were healed amid the tranquility of fall.