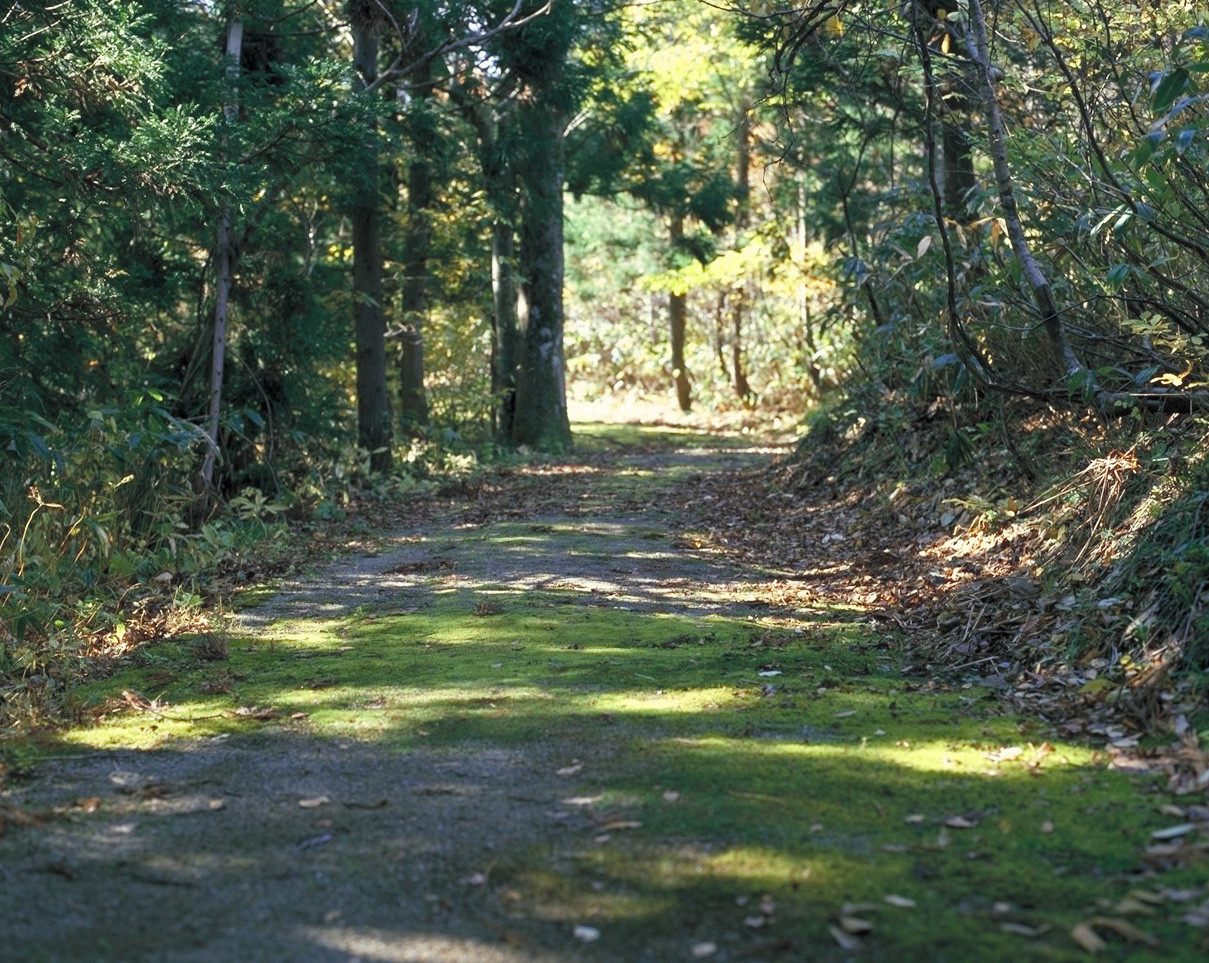 In the Edo period, the Naruko Hot Spring Resort area was a strategic point for both the Dewa and Ugo highways, and thus thrived as the post station (strategic point in the highways with lodging for travelers and a relay station for men and horses) for Shitomae, Kajiyasawa, Nakayama, and Onikobe. It is written in the “Oku no Hosomichi” (meaning “Narrow Road to the Deep North”) travel journal that haiku poet Basho Matsuo who was active in the early half of the Edo period left Edo in 1689 and walked through this area as the path over Dewa from Hiraizumi.

Tracing the steps of Basho Matsuo

Although the bustle of the post station is gone, the roughly 8.9 km path from the Shitomae barrier to Sakaida in Yamagata prefecture has been developed into the Oku no Hosomichi (promenade), and you can stroll above the mountain trail while feeling the remnants of that time long ago.

The Shitomae barrier is what remains of the checkpoint placed by the Sendai clan on the Dewa highway. It is on the boundary between Yamagata and Miyagi prefectures. It was known as a strategic military point during the Warring States period, and there is a written account at Oku no Hosomichi of Basho Matsuo receiving strict supervision when he visited the area. Although only a small portion of the stone wall remains, there is a slab etched with a haiku on the reconstruction of Oku no Hosomichi and the Basho statue.

Famous place for song-writing in the Heian period

The place that Basho Matsuo visited was also an area of picturesque scenery where people wrote songs in the Heian period. This is Mizu no Kojima located about a five min. drive from Kawatabi Hot Spring station. It is a small island floating on the Eaigawa River. Mizu no Kojima was chosen as a place for writing songs in the Kokin Wakashu collection of poetry from the early Heian period.

How about visiting a place connected to history at Oku no Hosomichi and thinking about a time about 300 years ago?

How about joining a tour of Naruko that runs through Oku no Hosomichi?