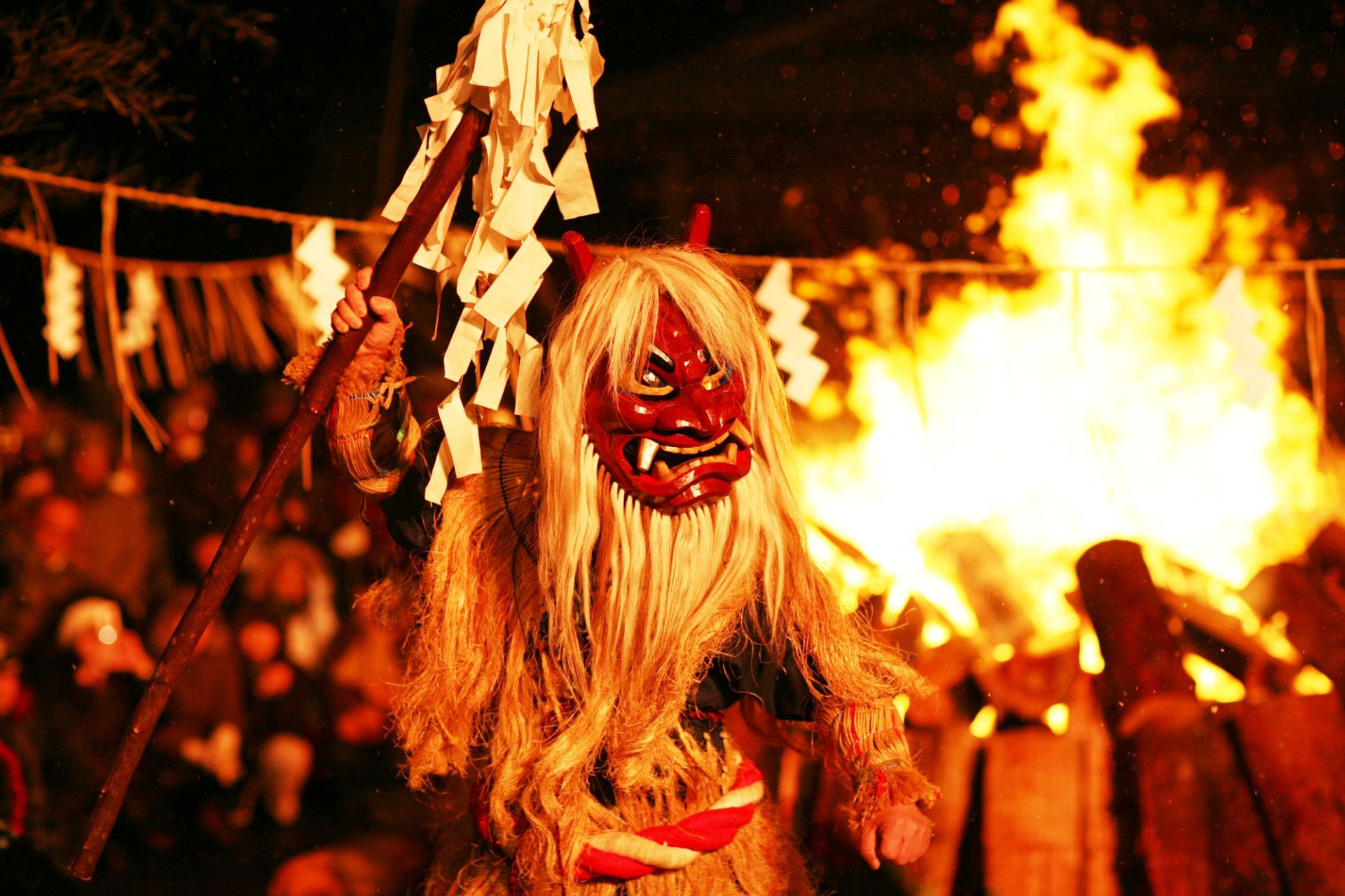 In Akita, Laziness is Admonished at the Namahage Sedo Festival

Namahage Sedo Festival is a winter festival held at Shinzan Shrine in Oga City, Akita Prefecture.
"Namahage" are masked representations of deities who visit the shrine at the turn of every year. While warning against laziness, they also protect against sickness and disaster, as well as bear tidings of plentiful harvests with the bounties of the mountains and the sea.

Their majestic and powerful wild dance around the bonfire held on the grounds of Shinzan Shrine attracts people from all around!

Every year on New Year's Eve, the young men of each village in the area dress up as Namahage and go around the local homes with children, shouting in loud voices if any crybabies are there or if there are any kids who don't listen to their parents. They also demand to know if the young woman of the house wakes up early, and the homes that are visited by Namahage maintain the tradition of politely offering them food and drink.
In 2018, Oga-no-Namahage was recognized as an Intangible Asset of UNESCO World Heritage.

The Highlights of the Namahage Sedo Festival

Among the many highlights of this festival are Namahage dance and drumming performances as well as a re-enactment of the Namahages' home visits!

Re-enactment of the Namahages' visit (Performance)

6:55pm- In front of the Sedo bonfire
Watch a soul-stirring dance from the Namahage. It was created in 1961 by modern dancer Baku Ishii, from Akita, and his son, the composer Kan Ishii.

7:05pm- At the Kaguraden stage
Namahage Daiko Drumming is a folk tradition combining Namahage and Japanese drummers. They play giant drums while wishing for peace to the household and a good harvest.

*Note: Using items such as umbrellas, camera tripods, and stepladders is not allowed.

At the Namahage Museum, look at displays of actual Namahage costumes, or try one on and take a picture to commemorate your visit to Oga City, Akita!