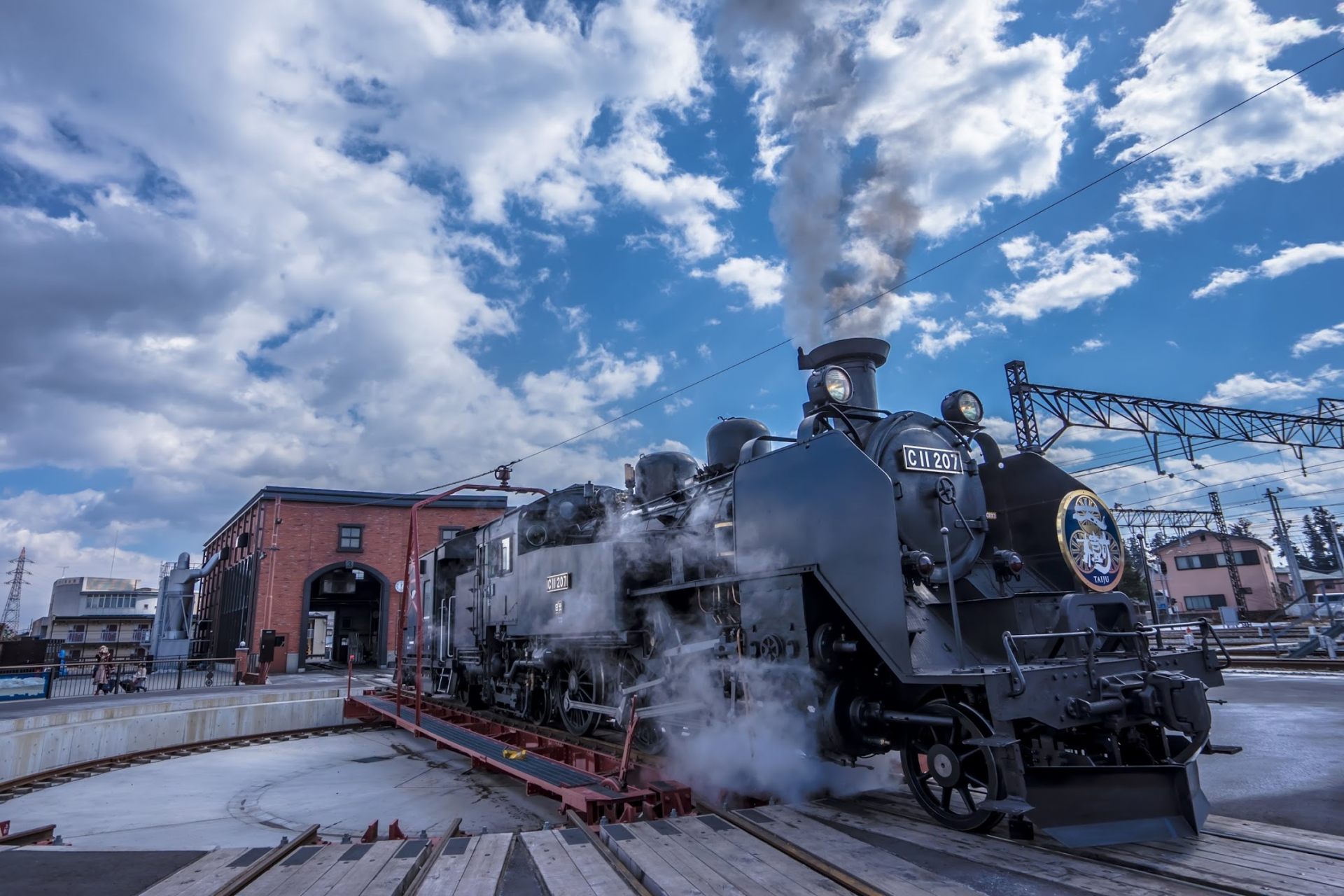 Nikko Highway is one of the five highways established during Japan’s Edo period. It stretches from the Nihonbashi of Edo period (presently Nihonbashi in Chuo-ku of Tokyo) to Nikko Bochu (presently Yamauchi in Nikko City of Tochigi Prefecture). The portion of the road in Nikko is lined with cafés, traditional crafts shops, and more.

Nikkoshikyodo Center offers visitors a variety of sightseeing pamphlets, as well as areas dedicated to introducing traditional crafts and special products.
When I visited, there were a lot of exhibits related to Japan’s traditional festival “Hina Matsuri” since it was close to the festival’s dates.

I decided to have lunch at “Kamaya Café du Reverbere,” near Tobu Nikko Sation.
Here you can enjoy a delicious meal made with local ingredients.

I ordered their signature dish, “Nikko-don.”

Their Nikko-don includes roast beef made with Tochigi Prefecture’s “Zen-Nikko Wagyu,” onsen tamago, and Nikko’s famous agemaki yuba.
“Yuba” is the skin that floats to the top when soy milk is boiled. The yuba in Nikko is thicker than that you’d find in Kyoto.

Next I moved on to Shimo-Imaichi Station to see the SL “TAIJU.”

A “Nikko Mode SPACIA” was stopped at the station.
“Nikko Mode SPACIA” is a special-painted version of the SPACIA trains, colored to represent the World Heritage Site Nisha Ichiji, which includes Nikko Toshogu Shrine. The train’s body was primarily painted a majestic gold, with accents of stoic black and glossy vermillion. Apparently this train only makes one round-trip voyage per day, so I was lucky to see it.

I traveled 2 stops by standard train, arriving at Shimo-Imaichi Station.

When I arrived, a new 500-series express train called “Revaty” was stopped and out of service.

Shimo-Imaichi was renovated into a retro-style wooden building in April of 2017, aligned with the operational start of SL “TAIJU.”