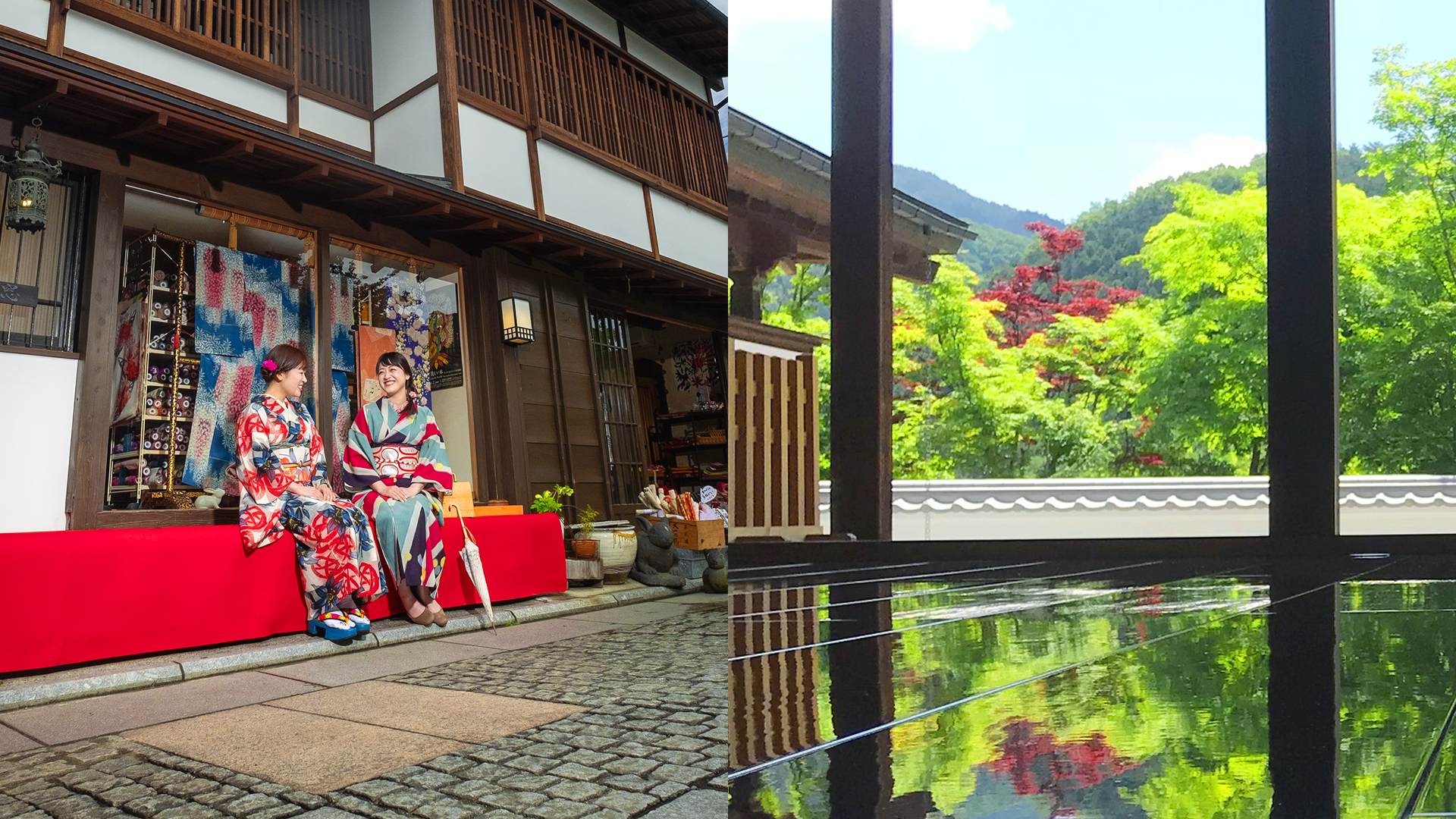 Watch, Eat, and Experience! Sightseeing Guide for Kiryu and Ashikaga, Possible Even as a Day Trip from Tokyo!

What are the Kiryu and Ashikaga areas? How do I get there from Tokyo?

Kiryu was once one of Japan’s top production hubs of high-class silk fabrics, and Ashikaga produced “Ashikaga meisen silk,” which was all the rage during the Showa period. Both areas are still famous as locations with prevailing strong Japanese atmospheres, which has drawn attention to them as tourist destinations!

The Kiryu and Ashikaga areas have great accessibility from Narita Airport, Haneda Airport, and Asakusa!

4 must-see spots in the Kiryu and Ashikaga areas

The Kiryu area features townscapes with retro atmospheres that developed alongside its textile industries, and the Ashikaga area is a cultural city dotted with historic sites, shrines, and temples. We will introduce you to great spots to visit, including places that will refresh you just by stopping by, old shrines that pass down traditions across generations, and more!

This area was built around Kiryu Tenmangu Shrine starting about 400 years ago, and it is filled with historical buildings, including warehouses, townhouses, and saw-tooth roofed factories. 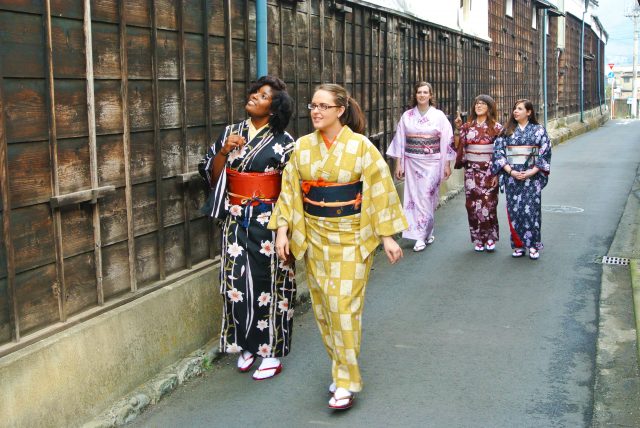 Ashikaga Flower Park is a seasonal garden featuring flowers. The gardens are designed artistically, and the sight of over 350 wisteria trees in full bloom from mid-April through early May is absolutely stunning! Be sure not to miss the amazing sight of the wisteria lit up at night either! 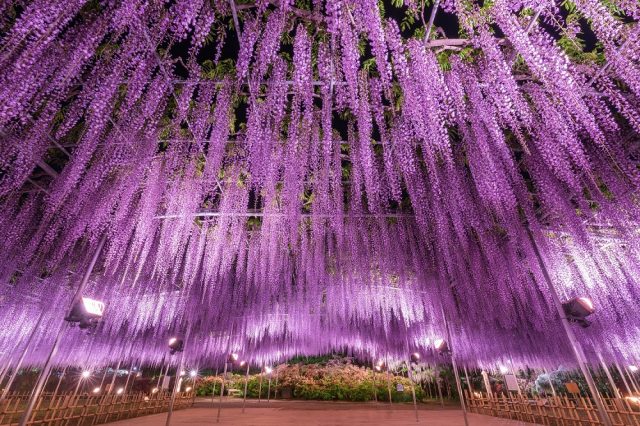 Kiryu Textile Hall Former Building, formerly served as the headquarters for the Kiryu Textile Workers Union, was built in 1934. It is now open to the public as a showroom to introduce the history and traditional production of Kiryu textiles. Visit for regular exhibitions as well as locally produced items for sale. 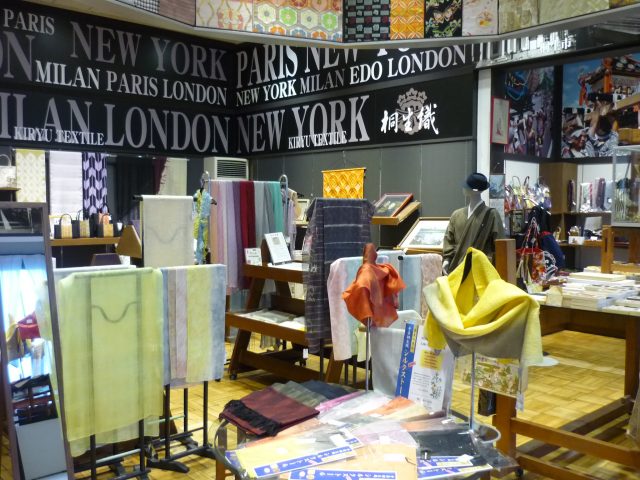 Certified as a Japanese heritage site in April of 2015, the Ashikaga School is Japan’s oldest school. Come see the history of this school, the starting point of Japanese education, through sights like the school gate that has stood since the Edo period and the building’s thatched roof that was restored in 1990. 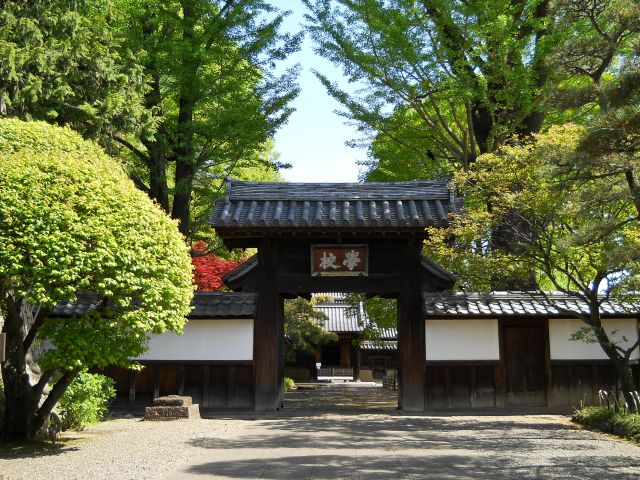 See more information on spots in the Kiryu and Ashikaga areas!

4 delicious restaurants in the Kiryu and Ashikaga areas

Kiryu was once the center of the textile industry. Local cuisines that were created to save time in the old days such as “Himokawa Udon” (exceptionally wide noodle) and “sauce katsudon” (pork cutlet covered in a special sauce) now become Kiryu’s iconic must-try dishes. What you wouldn’t want to miss also include Ashikaga’s specialty wine (made completely with Japanese grapes) and Ashikaga MARU beef (Cattle fed on MARU-the strained grape lees produced when making wine).

Fujiya Honten is a long-standing restaurant that has been in business for over 120 years. The himokawa udon noodles here are made by hand, and they have a unique smooth and chewy texture – you’ve got to try them! 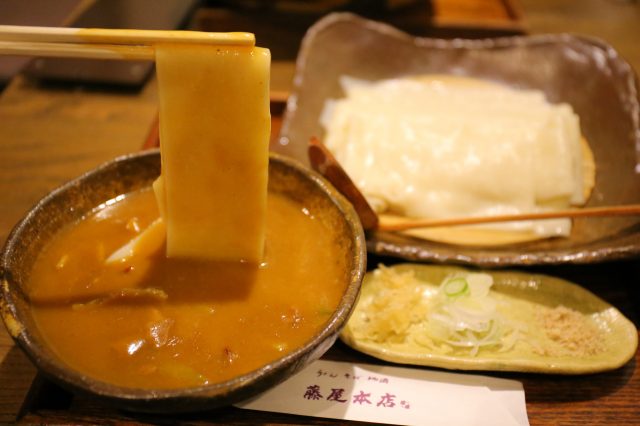 Sauce katsudon is one of Kiryu’s specialty dishes! Shitamiya Honten is said to be the birthplace of this iconic dish, and here you can enjoy a traditional sauce katsudon made with a recipe passed down for over 80 years! COCO FARM & WINERY combines a winery and café, featuring wine tasting and winery tours alongside the sales of homemade wine and wine glasses. 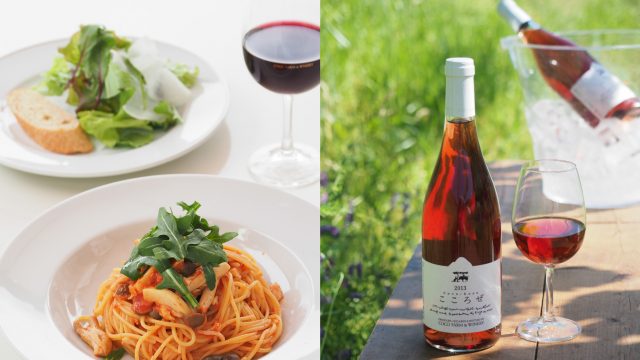 Farmers Café Tsuchinoca is a café that serves dishes made using Ashikaga Marc beef from Hasegawa Farm and vegetables carefully nurtured and grown by local suppliers. Their roast beef is an especially popular choice! 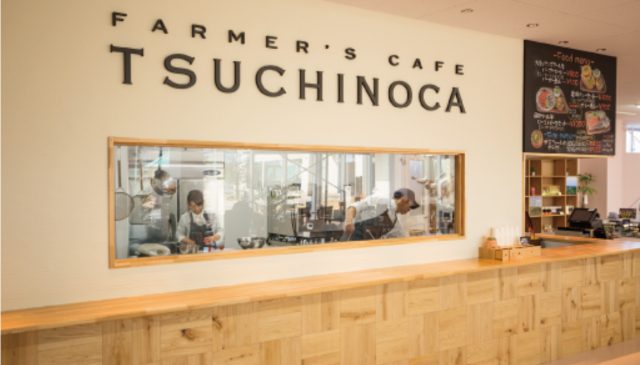 See more information on local specialties in the Kiryu and Ashikaga areas!

4 recommended seasonal spots in the Kiryu and Ashikaga areas

The Kiryu and Ashikaga areas both show different sides of themselves throughout the four seasons. Each season is packed with highlights, like the fresh spring greenery you can see from trains running through the valleys, traditional festivals, and temples surrounded by beautifully colored fall leaves! Here we’ll introduce sightseeing spots that you can enjoy during any season!

The Watarase Keikoku Railway, well known by its nickname of Watetsu, is a local line that connects Kiryu Station and Mato Station (Nikko) with a ride of about 1 hour and 30 minutes. It has become quite popular as a sightseeing train that allows you to enjoy the natural beauty of the valley that runs along the Watarase River. The open style sightseeing trains without window glass are particularly popular for enjoying the seasonal scenery from the train while a refreshing breeze blows across you. 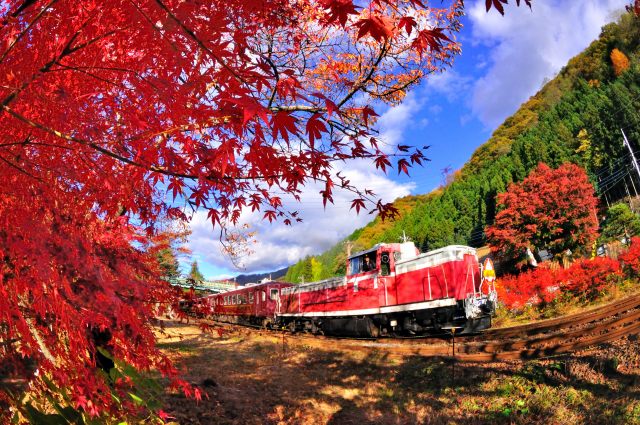 The Ashikaga Fireworks Display is an annual event held every August along the Watarase riverside area. It is a traditional event that was first held in 1903, continuing to be held for over 110 years. Around 30,000 fireworks are launched during the event. It is one of the largest fireworks displays in the Kanto region, attracting over 500,000 visitors annually, so it called the “Summer Festival of 500,000.” 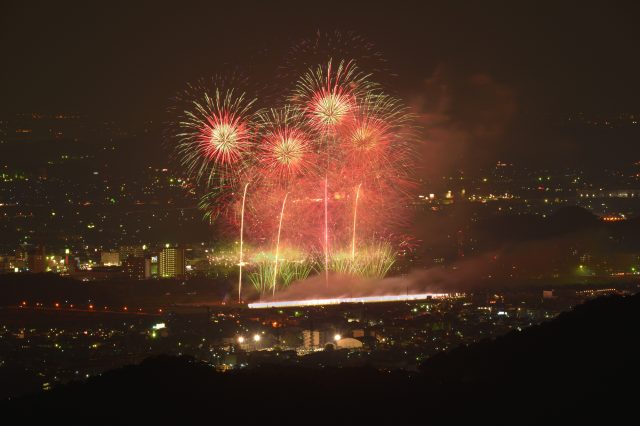 Located in the outskirts of Kiryu in an area surrounded by mountains on three sides, Hotokuji is a Zen temple built around the year 1450 of Japan’s Muromachi period. The temple is known for its “floor maples (reflections of autumn leaves),” where the surrounding maple trees are reflected on the floor. During the special autumn exhibition period, visitors can enter the main temple, which is usually closed off, for the chance to appreciate the natural beauty of the “floor maples” that are reflected onto a space equivalent to 28 tatami mats. 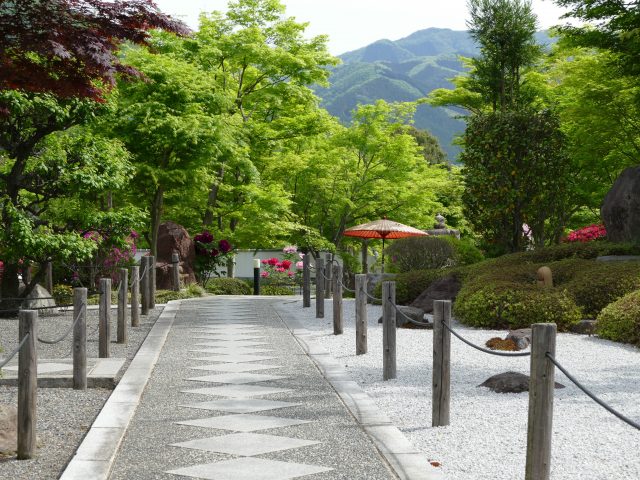 Around the end of October, Ashikaga Flower Park hosts the illumination event “Garden of Illuminated Flowers,” which not only was selected as one of Japan’s three most significant illuminations and by the Yakei (night view) Convention & Visitors Bureau, but has won 1st place nationwide in the illumination category for 5 consecutive years since 2016. Take this chance to enter a mysterious world woven in flowers and lights.

Please see the sites below for more detailed tourist information

Just a short trip of less than 2 hours from Tokyo! Taking a trip to Kiryu and Ashikaga, places steeped in history, is sure to be fun, so why not give it a try?