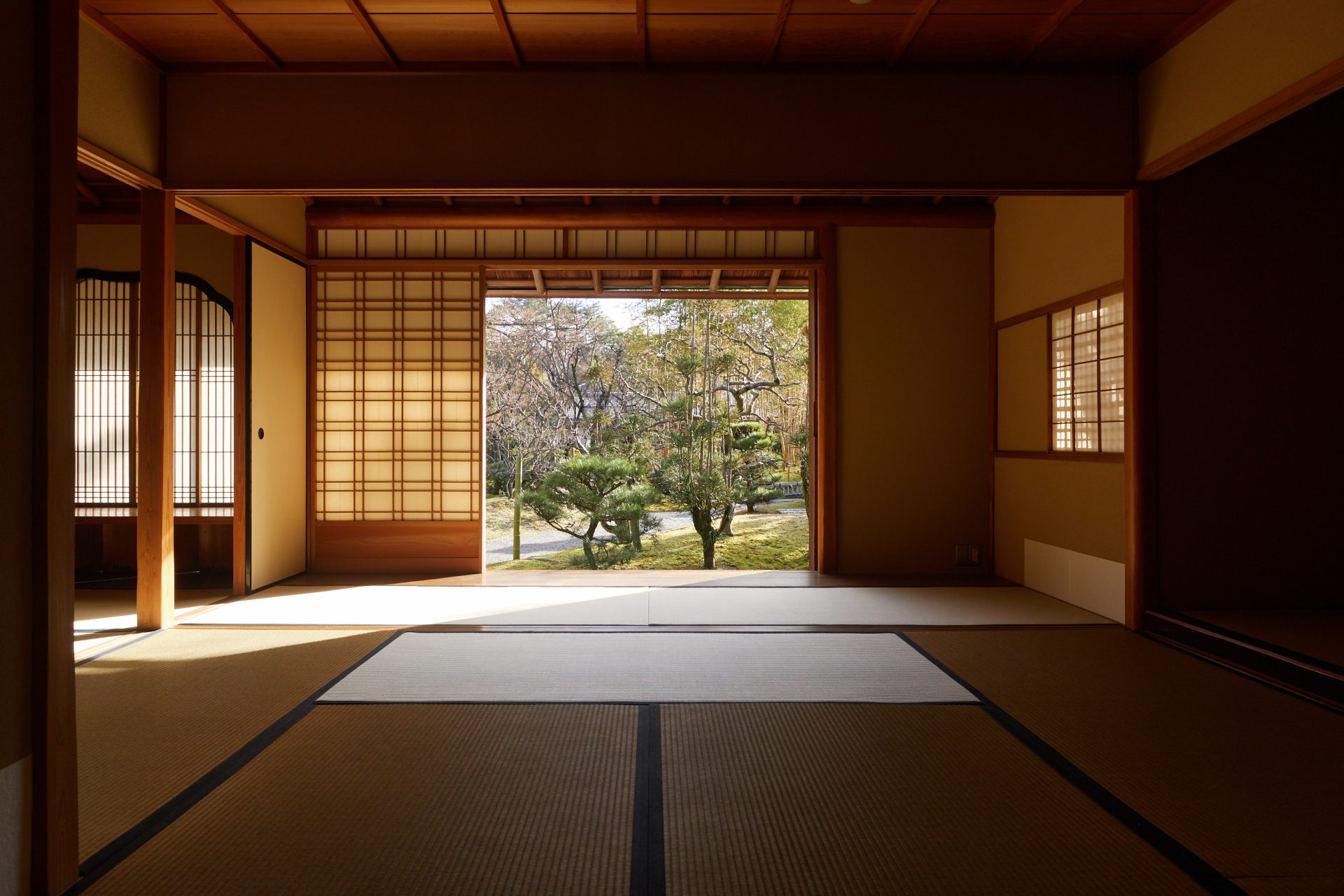 The tea ceremony, part of Japan's traditional culture, was introduced from China during the Tang Dynasty (618-907) and spread across Japan in the Kamakura period (1185-1333) along with the teachings of Zen Buddhism, the cutting-edge culture of the time. During the Azuchi-Momoyama period (1568-1600), the tea master Sen no Rikyu perfected wabi-cha, a style of tea ceremony. Since then, the tea ceremony has spread throughout the world as a comprehensive art that values the time and space to experience tea; with tea utensils, Japanese-style living rooms, and hanging scrolls.

Experience the charm of a Japanese garden at Shōkadō Garden

Shōkadō Shōjō was a Buddhist monk of the early Edo period (1603-1868), as well as a man of culture. With his talent for the arts, Shōjō left us excellent calligraphy works and paintings, and the tea ceremonies that he hosted used to attract many cultured people and flourished as a place of exchange. In his last years, he retired to small residence (Shōkadō) that he built in Otokoyama in Yawata City, Kyoto, where he lived simply until his death in 1639. Since then, Shōkadō has been relocated several times. In 2014 it was relocated in Shōkadō garden, which was designated a national place of scenic beauty.

Shōkadō Garden in Yawata City, Kyoto, is a Japanese garden tied to the figure of Shōkadō Shōjō that spreads over a vast area of 22,000 square meters. You can fully enjoy its elegant scenery while strolling around the garden, with its hills and "karesansui" dry landscapes. Various flowers and trees such as ume plums, cherry blossoms, ao-momiji (tender maple leaves), and autumn leaves, bloom throughout the seasons and offer a moment of relaxation when you look out at them.

Experience tea in a tea room overlooking a picturesque view

Visitors of Shōkadō Garden can book a tea ceremony experience. Sunday tea ceremonies are held on Sundays in March, April, May, October, and November. This kind of tea ceremony is called tei-cha and can be enjoyed casually, so even beginners can participate with ease. It is also possible to book an entire tea room by making an advance reservation. 'Shō-in', the largest tea room, has a beautiful view of the garden to let you experience an even more elegant tea time.

The name of Shōkadō Shōjō can be seen not only in art but also in food culture. The history of Shōkadō Bentō, established as a Japanese style of bentō, begins around 1933, when Teiichi Yuki, the founder of the restaurant 'Kicchō', comes across a paint box and a tobacco tray made from a container used by Shōjō to keep seeds. These containers were later adopted as a lunch box for cha-kaiseki, the light meal served in the tea ceremony, and following this the name of 'Shōkadō Bentō' spread. This bentō can also be eaten at the Kyoto Kicchō Shōkadō Restaurant located in the Shōkadō Garden. The Shōkadō Museum also features a panel exhibition dedicated to Shōjō. 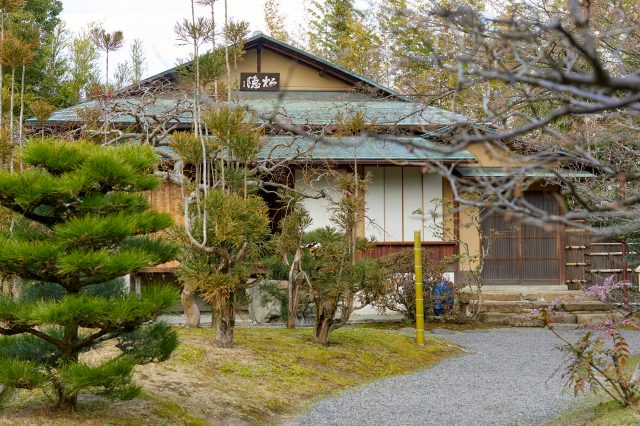