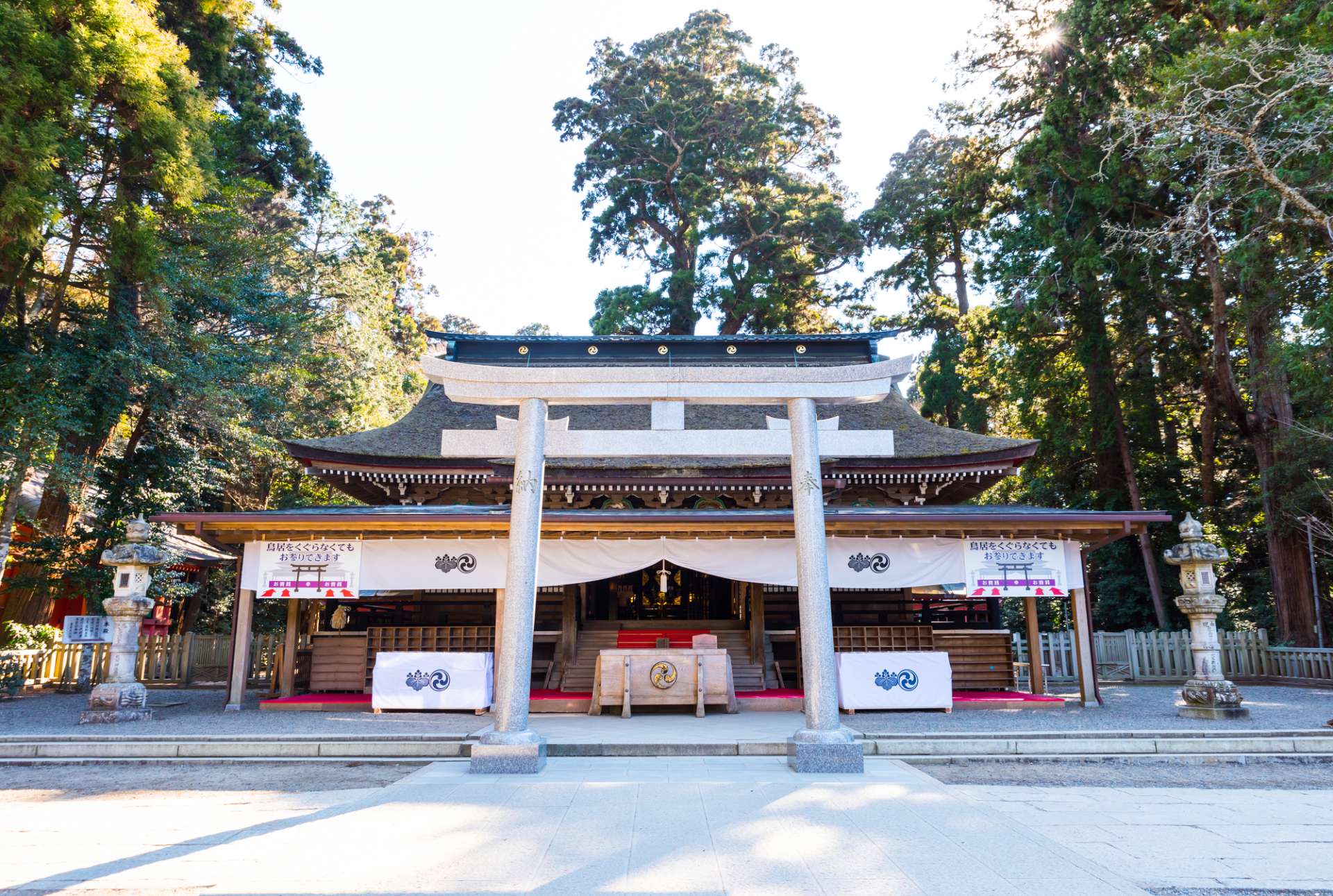 A Nostalgic Shinto Shrine Worshipping the God of Martial Arts

This is the head shrine of about 600 Kashima Shrines throughout Japan. Since the god of martial arts is worshipped here, it is said that the blessings of victory will be granted. Up until recently, when Japanese people said "Jingu", they only meant the following three shrines: Ise Jingu, Katori Jingu, or Kashima Jingu. That's why this is one of the most historic shrines in Japan.
Extending about 70 hectares before you, over half of the shrine grounds are covered in sacred trees.
Designated an Important Cultural Asset by the Japanese Government, the vermilion Romon Gate is counted as one of the three grandest Romon in all of Japan.
In Shika-en, the park where deer are kept as the descendants of the gods, visitors can purchase their food and feed them. The mystical pond of Mitarashi from which 400,000 liters of water spring forth each day, can be seen clearly to the bottom. At the beginning of every year, about 200 people stand here to purify themselves in the bitter cold of winter.