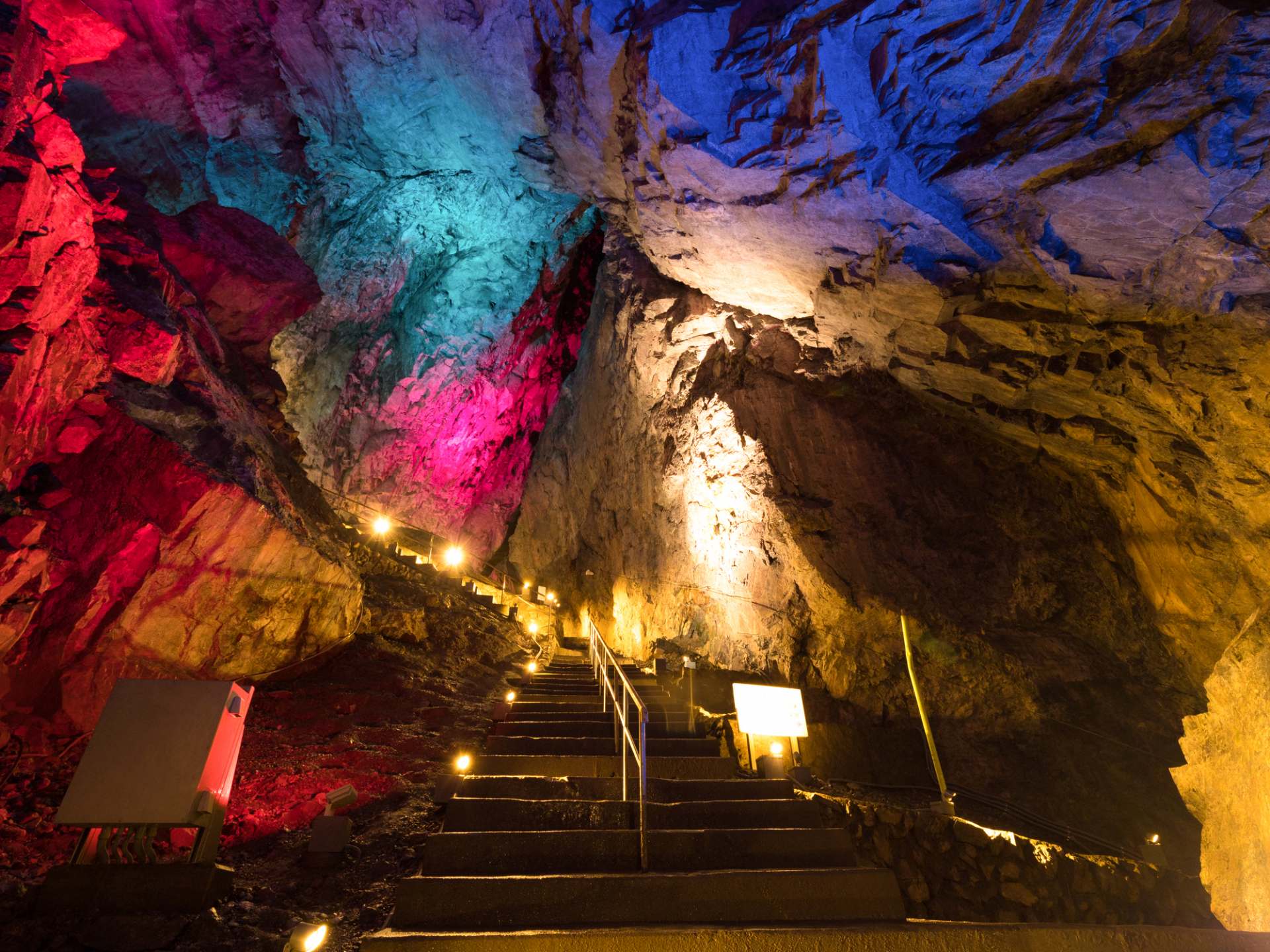 One of the Kanto Region’s Largest Limestone Cave, Located in Tokyo.

This limestone cave is located in Okutama-cho in western Tokyo. The cave has a total length of 1270 meters, with a height variance of 134 meters. It is the largest limestone cave in the Kanto region, and it has been designated as a natural monument by the Tokyo Metropolitan Government.
Once flourishing as a spot for mountain worship, Nippara Limestone Cave is now a popular tourist spot.

The cave is made up of the “old cave,” with a hollow said to have been used as a training location by Kobo Daishi (Kukai), as well as the “new cave” that was miraculously discovered in 1962, and the entirety can be walked through on foot in about 40 minutes.

Visitors can see various strange rock formations and natural moldings formed over hundreds of thousands of years. A “suikinkutsu,” a buried earthen jar that creates a pleasant noise as water drips into it, is set up within the cave, creating a beautiful sound that echoes around, giving a sense of the surrounding nature not only through sight but through sound as well.
Furthermore, the colorful lighting in the cave helps create a fantastical atmosphere.
The cave’s ambient temperature is about 11℃ throughout the year, with cool summers and warm winters.