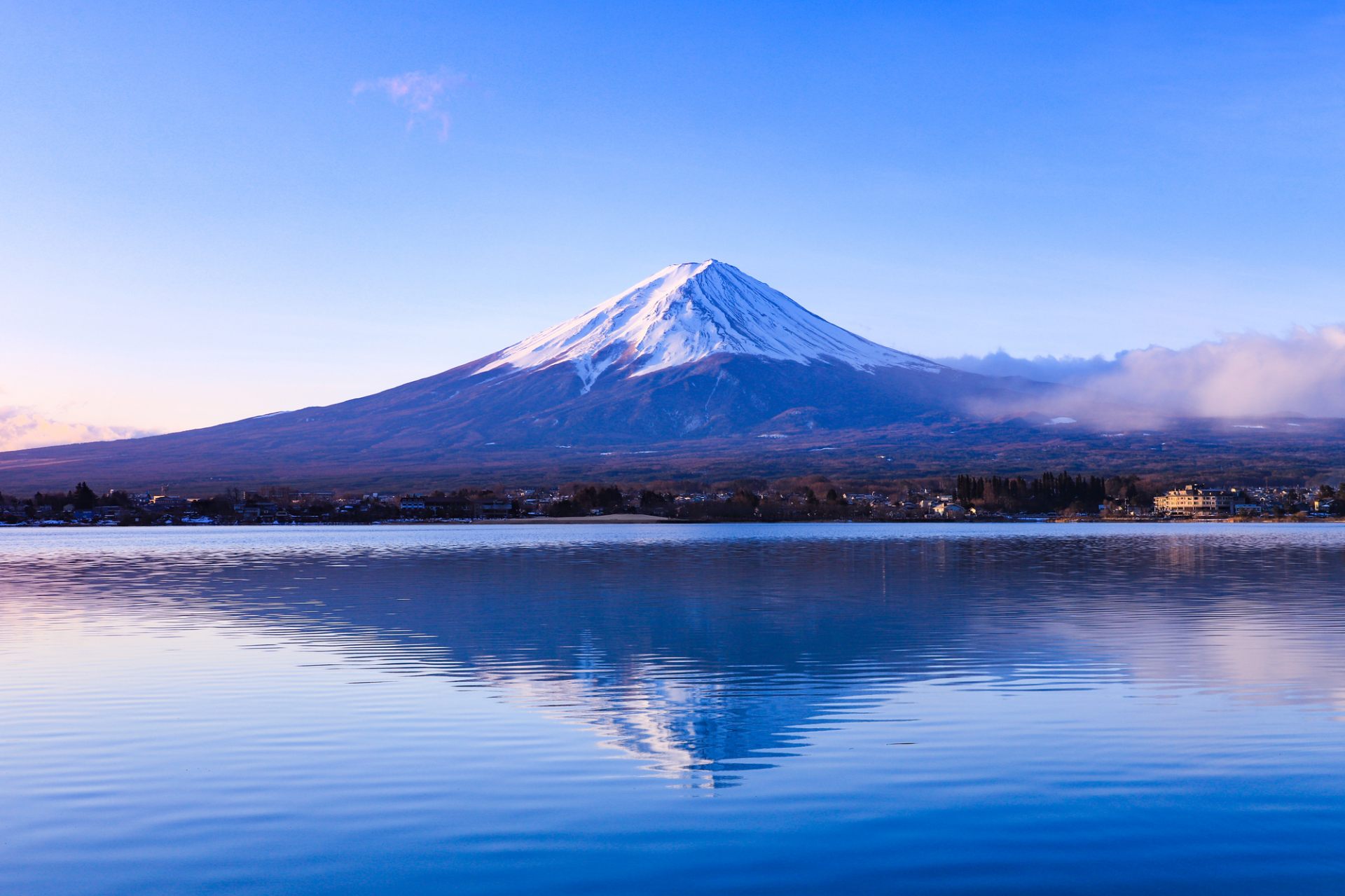 At a staggering 3,776 meters tall, Mt. Fuji is Japan’s tallest mountain and the pride of its two homes, Yamanashi and Shizuoka Prefectures. This famous peak is an iconic symbol of Japan.

In 2013, Mt. Fuji was registered as a World Heritage Cultural Site, as it’s recognized as a sacred place and source of artistic inspiration. The entire scope of the designation covers 25 different sites including the mountain pass, surrounding shrines, lava tree molds as well as its lakes and marshes.
In the past, it was long believed that Mt. Fuji’s constant volcanic activity was an act of god. Many revered it, while mountain ascetics would climb its peak to worship and hopefully appease the mountain before it erupted again. Today, the mountain is a place that anyone can climb.
Mt. Fuji is known for its iconic cone shape, making it the subject of many artistic works and literary pieces. The historic wood block prints of the mountain also caused many influences and inspiration among artists in Europe.

Mt. Fuji was formed at its beautiful height and shape by multiple volcanic eruptions. The last eruption was about 300 year ago. Today, you can find many sengen shrines and sacred sites dotting the way from the mountain foothills to its peak, in an act to keep it from erupting again.

Mt. Fuji has 4 different climbing routes, which are available to use in the months between July to early September. Outside of these months the climbing routes are closed as the mountain is blanketed in snow and considered too dangerous to climb. Even in midsummer, the mountain peak is only about 5° C, so winter gear is a must.

Name in Japanese
富士山
Address
Found in both of its proud homes of Yamanashi and Shizuoka Prefectures. (The top is private land, owned by Fujisan Hongu Sengen Taisha)
Official Website
Official Website (English)