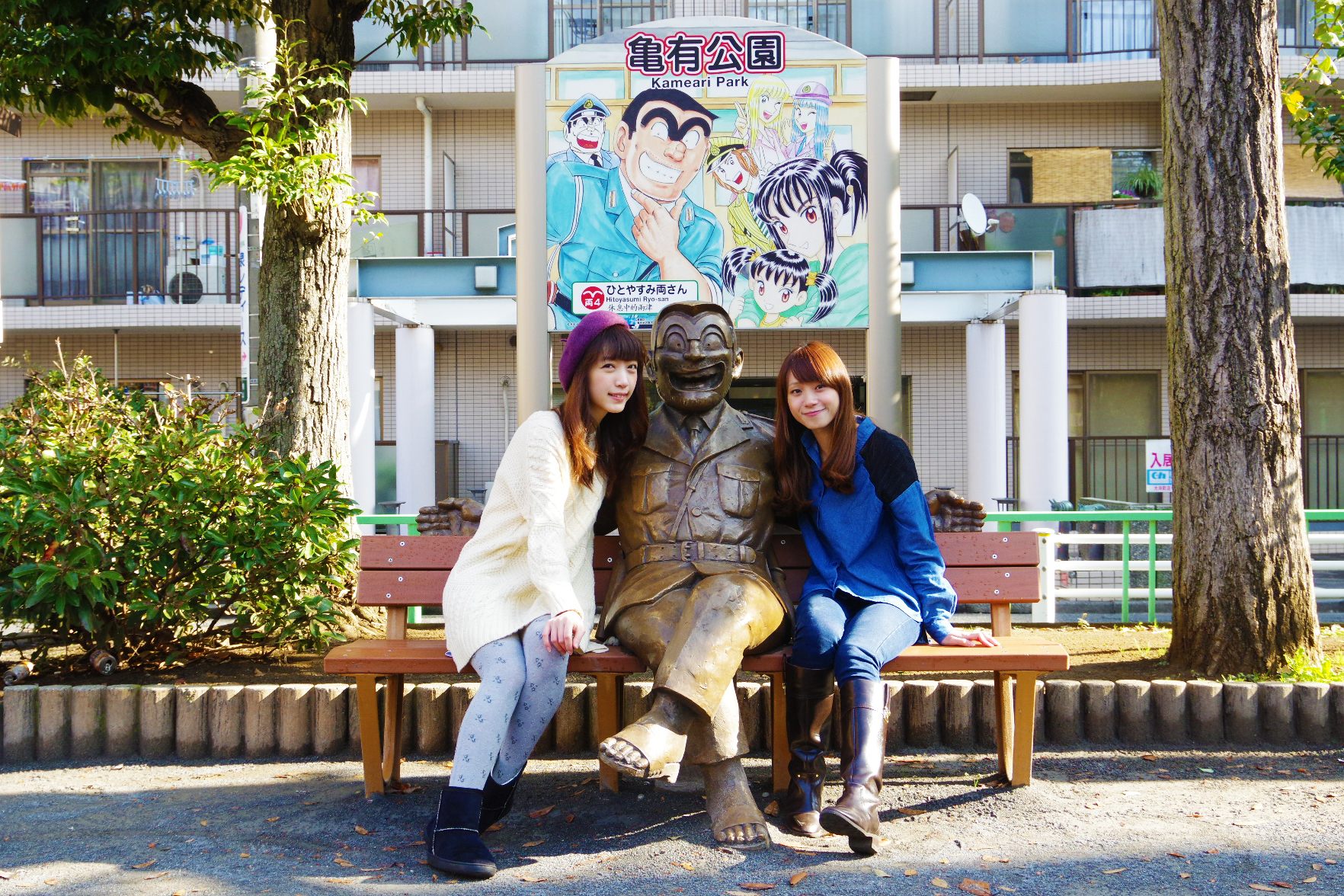 Check out the 15 bronze statues of “Kochikame” characters in Kameari, where the manga was set!

Japanese manga is not only popular in Japan, but all over the world! A new trend among fans is to travel to the areas their favourite manga took place or was based on, or to the hometown of their favourite manga artist. Many would do anything to connect to the world of manga on a deeper level! This time, we decided to go to the mecca of the manga world: Katsushika City. Here is where you’ll find the traditional Japanese townscape of Kameari, where "This Is the Police Station in Front of Kameari Park in Katsushika City" took place, as well as Yotsugi, the hometown of the manga artist responsible for "Captain TSUBASA." And as luck would have it, Katsushika is easy to get to, too! We’ve split this feature into two parts: One focusing on the Yotsugi/Tateishi areas and the other on Kameari. Enjoy!

Kameari is located in Katsushika City, just 35 mins away from Tokyo Station. This busy area is filled with mom-and-pop shops selling everything from vegetables and pre-made dishes to daily necessities. It is also where the manga This Is the Police Station in Front of Kameari Park in Katsushika City, or Kochikame as it is referred to by fans, takes place. The slapstick comedy revolves around the misadventures of local police officer, Ryoutsu Kankichi. The anime based on the manga is extremely popular in other countries as well.

Find out more about the Kochikame Statue Tour and our recommended route!

There are 15 bronze statues of Kochikame characters spread out around the area surrounding Kameari Station, including the first colour statue that was just created this year(2016). Keep reading to find out more about the Kochikame Statue Tour and our recommended route!

First off, we picked up one of the Kameari Kochikame Statue Tour maps from Kameari Station.

As soon as we left Kameari Station, we were greeted by a cheerful bronze statue of Kochikame's main character, Ryotsu Kankichi. It was as if he had stepped right out of the manga; you could feel his energetic personality shining through the statue. It felt as if he was saying, "Hey! Welcome to Kameari!"

2. Statue of Bara-to-Reiko (Beside the police box in front of Kameari Station’s north exit)

Near the first statue of Ryotsu Kankichi, there was an elegant statue of the gorgeous Akimoto Katherine Reiko smiling kindly.

We copied Ryo-san’s double peace pose for a group photo!

There was another Ryotsu Kankichi sitting on a bench in Kameari Park. This statue was created in celebration of the manga’s 35th anniversary! 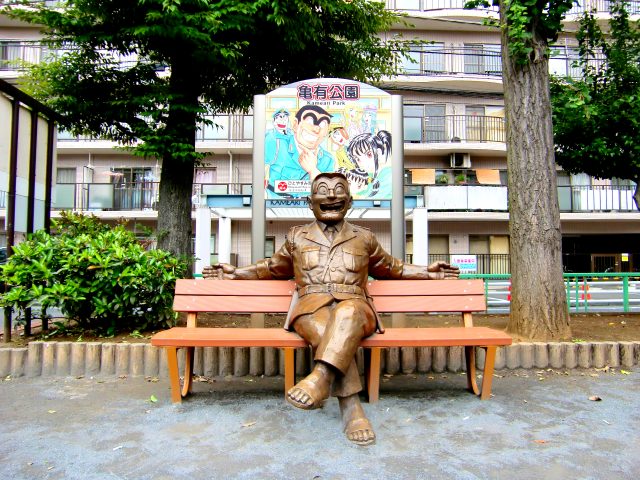 After a short walk from Kameari Park, we met Ryotsu Kankichi yet again. This time, the statue had more of a policeman’s vibe, pose and all.

We began to head back to Kameari Station. Since we started at the north exit, this time we headed for the south exit. Here we found Ryotsu Kankichi, known as being an avid festival goer, dressed in a happi, a kind of traditional festival wear.

At this point we were starting to get tired of walking. We took a break with the Ryotsu Kankichi sitting on the bench.

Ryotsu Kankichi livens up the busy shopping street in his samba costume!

This statue portrays a young Ryotsu Kankichi and his friends. The "ton chin kan trio" wait eagerly to shake your hand.

Only a true fan will recognize this character. While Honda Hayato is usually quite timid, his personality does a 360 when he gets on his motorcycle!

Kochikame’s Ryo-san is known for his beaming grin. If you’re ever in need of some cheering up, come and look at Ryo-san’s contagious smile!

A strong and dignified Ryo-san inspires the local youth. His baton and other props were reproduced so realistically! 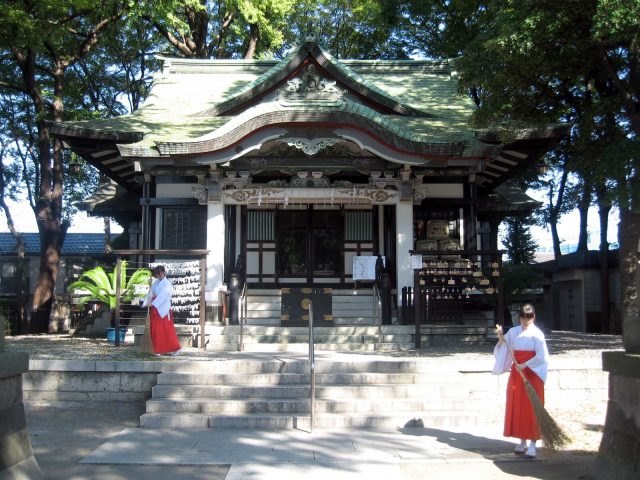 Finally, heir to the international enterprise Nakagawa Corporation, Nakagawa Keiichi makes an appearance! Known for his dreamy looks, invigorating smile, and many talents, he may just become Kameari's next top idol!

This slim statue of a smiling Reiko will greet you by the entrance to the Kameari District Center!

The 15th and final statue was only just created this past(2016) August! It’s also the first colour statue. Come and meet these three life-sized characters for yourself!

GOAL! The tour is a tiring one. We suggest you check out one of the restaurants we introduced in one of our previous articles and recharge after you finish the tour!