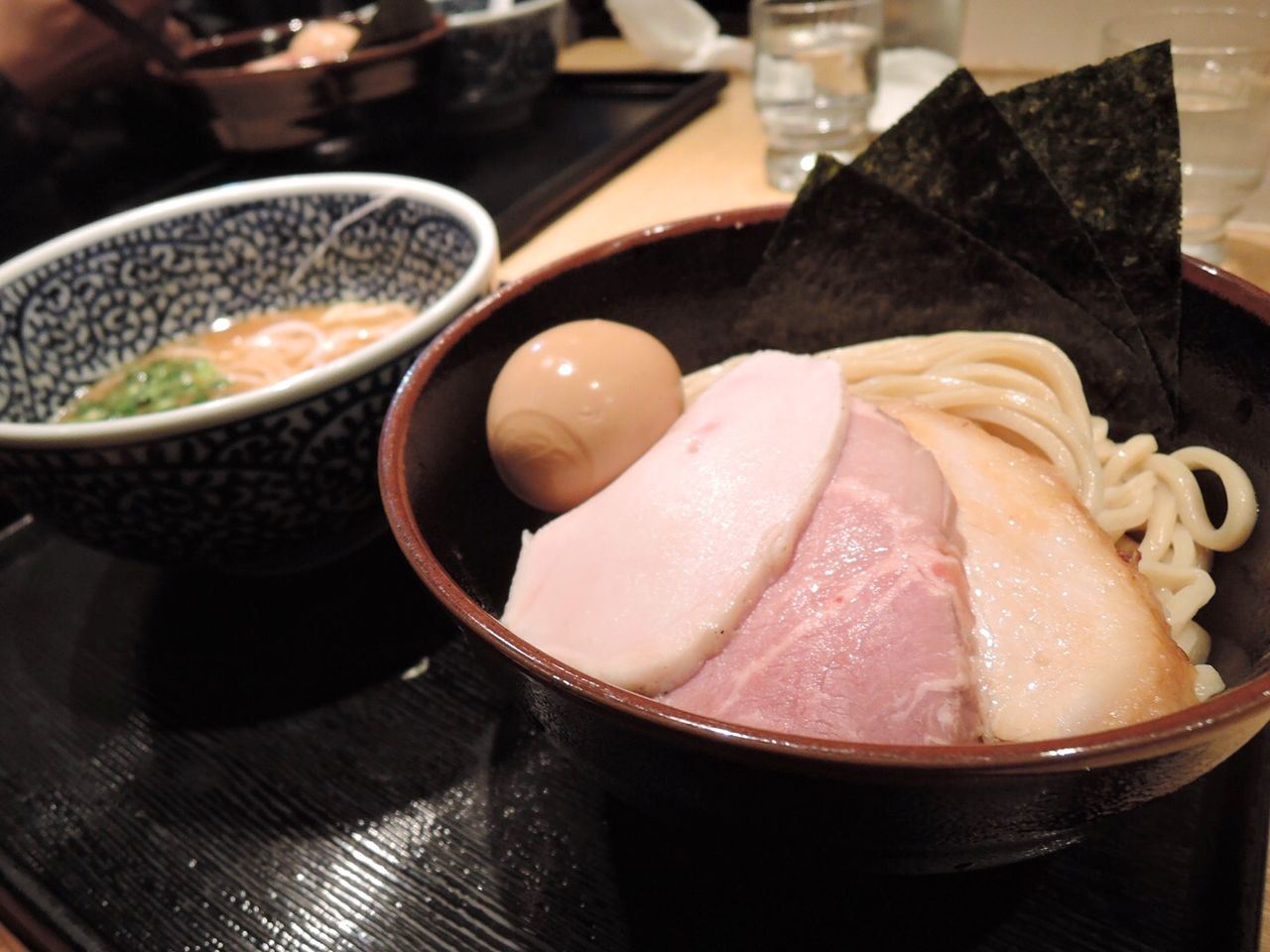 Tokyo’s “Menya Itto” is a Popular Restaurant with Top-Quality Tsukemen!

This time, I will be introducing “Menya Itto,” a super-famous restaurant that just about anyone who loves ramen knows about!

It is always a contender for the #1 or #2 ramen spot in Tokyo. In 2016, it opened its first location in Taiwan, which was a huge break for them. In March of 2017, it opened its second Taiwan location.

“Itto” is always aiming for the top. I came here to try some of their especially famous menu offerings!

“Itto” is located about 3 minutes on foot from JR Shin-Koiwa Station’s north exit.

※An employee counts out numbers for people in line, and customers are asked to buy their meal tickets prior to being seated inside.

The restaurant has received guidance from the local government due to the lines becoming excessively long at times. Be sure to cause as little inconvenience around the area of the restaurant as possible when queueing!

I ordered their special thick seafood tsukemen (1,080 yen). It is particularly popular among all of the available options, and it quickly becoming a representative dish for “Itto.”

There are only 10 counter seats available inside. When I got inside, around 80% of people were ordering the same special thick seafood tsukemen as me.

I was able to enter just as the restaurant opened, and my special thick seafood tsukemen was brought out just as I sat down. The tsukemen’s noodles were thick, and I thought they might take a little extra time to cook, but apparently they had already been cooking them in advance to get good timing on putting out food.

An employee then told me, “Thank you for waiting so much beforehand.” The restaurant’s customer service is great!

The noodles are straight noodles made with whole wheat flour that are as thick as udon noodles. They are tight, with a smooth texture to them. There is a chewy elasticity to the noodles as you bite into them, and the fragrance and sweetness of the wheat comes through nicely.

The dipping broth is made by blending chicken stock with 5 types of seafood and shellfish, then cooking it down to a thick soup.

The bowls are warmed so that your food does not get cold while you are eating. They also carefully check the taste and quality of each bowl before serving it to customers.
Incidentally, extra helpings of the dipping broth are free for large sizes and up.

When I got to dipping, the slightly thick broth clung nicely to the noodles.
The balance between the rich soup and thick noodles was great! The broth’s aroma was also amazing, and even though it was thick it went down easy.

Everything has clearly been thought through

There were menma, two types of green onion, nori, and chicken meatballs in the dipping broth.
The chicken meatballs have a bit of a pleasant crunch to them thanks to the gristle inside. They also have yuzu in them, which leaves a pleasant aftertaste that goes well with the thick broth.

Everything has clearly been thought through, and it’s wonderful seeing the care put into every part of this bowl.

There are three types of chashu as toppings: sous vide chicken and pork, and simmered pork.

The chicken chashu is moist, with a refined flavor to it, like that of high-quality roast ham. It is accented with black pepper.
The pork chashu is also moist, but it has a more pronounced meaty umami to it. It is a bit more wild, but still refined.

The simmered pork is sliced thickly. It is extremely tender, and the seasoning is thoroughly cooked into the meat. Delicious!

Each of the three types of chashu has a distinct deliciousness to it. You can really sense the care that Itto puts into their food.

The marinated egg isn’t ordinary either!
The runny soft-boiled egg has soaked up lots of rich umami, and it is finished off by being smoked. I can’t help but think that the unique fragrance of this egg truly takes it a step beyond others.

Each and every part of this meal was close to perfected. They did not compromise on quality at all!

To finish, I mixed my leftover dipping broth with some hot light seafood soup and drank it all up.

Both Flavor and Service are Wonderful

When I left the restaurant, an employee told me “Thank you for finishing everything, down to the soup.” The food was amazing, and on top of that the service was wonderful too. I felt like I was really appreciated.
I think that this restaurant is definitely worth making the time to visit.