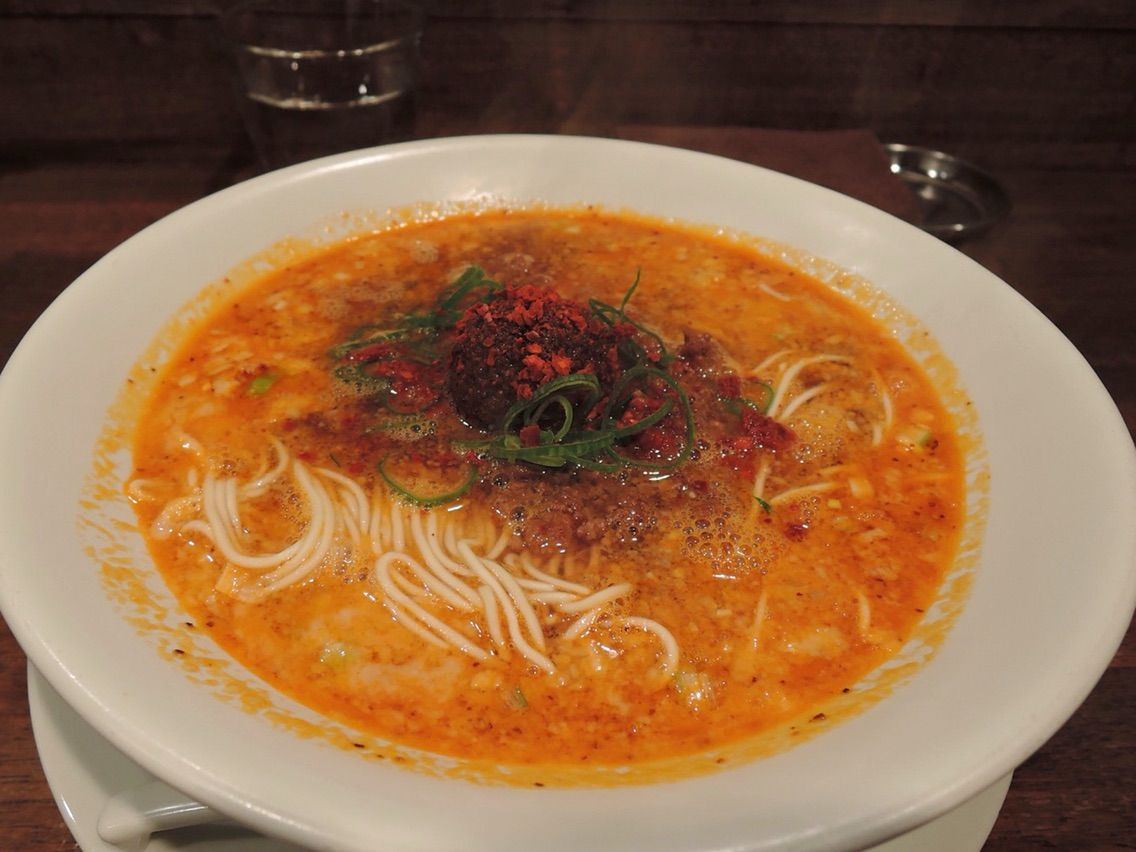 “Nakiryu,” a ramen restaurant famous for its tantanmen, was given the great honor of receiving a Michelin Star in the 2017 Tokyo Michelin Guide!

Nakiryu is the second ramen shop to receive a Michelin Star, the first being “Japanese Soba Noodles Tsuta,” which received the honors last year. Nakiryu was already a popular restaurant before it was given the Michelin Star, but since then it has become an even hotter topic!
This time, I visited the popular Nakiryu, resigned to my fate to wait in line!

A Line Longer than I Expected!

Nakiryu is located halfway between JR Otsuka Station and Shin-Otsuka Station. It is around a 5-minute walk from either station.

I arrived at 16:30. They open at 18:00 for the evening, so I thought that I might be a little too early, but 4 other people were already in line an hour and a half before the restaurant opened! I got in line as the 5th, and as we waited, one after another more and more people lined up. An hour before Nakiryu opened there were already more than 30 people in line, and by the time they opened the line was so long that I couldn’t see the end of it! The Michelin effect is terrifying!

I finally got to enter Nakiryu after waiting for an hour and a half. The menu is vast, with spicy dishes like tantanmen and hot-and-sour soup, refreshing dishes like shoyu ramen and shio ramen, tsukemen like tantan tsukemen and shoyu tsukemen, and even an a la carte menu for in the evening. Additionally, all of these menu variations are highly rated and have won prizes, such as winning first place in Ramen TRY!

I wanted to try them all... but I kept my appetite in check, and ordered the mala tantanmen from the “spicy” section of the menu posted outside.

This Unique Tantanmen is Impressively Delicious!

The mala tantanmen came out about 10 minutes after I sat down.
The difference between this and regular tantanmen is that this one is topped with salty miso. It is a simple-looking dish, with salty miso and green onions topping the noodle-filled broth, but the stunning gradation of the orange soup is a visual that really stimulates your appetite!

The house-made noodles are straight thin noodles, different than what is usually used in tantanmen. Like the noodles used in Hakata ramen, these are firm low-water noodles despite their thinness. And, because they are thin noodles, the soup sticks to them very well!

The soup is relatively smooth compared to others. The fragrance of peppers and sesame stands up to the spiciness of the house-made chili oil, but the balance of flavors is well-rounded and mellow.

There’s no denying that the depth of flavor here is on another level! The “triple soup” base, made with chicken, beef bone, and oyster stocks, has a refined deep depth of flavor!

The umami of the ground meat and the appealing texture of the nuts makes this soup even more appetizing.

The soup’s aftertaste is ever-so-slightly sour, but it does not persist for long. The buildup of flavors in this soup just doesn’t stop! I ended up drinking all of the broth without realizing it.

Tantanmen That Is Different Because It Is from a Ramen Restaurant

How was it? Since the Japanese peppers used in the soup aren’t very spicy, so if you really enjoy spice, I think you should add some of the pepper available on the table.

The tantanmen from Nakiryu uses an original “triple soup” stock as its base and house-made thin noodles. This is tantanmen that you can enjoy this way “because it is a ramen restaurant,” an unmatched unique style of tantanmen that is different from its counterparts in Chinese restaurants.

The broiled char siu and shoyu ramen that the person next to me ordered also looked delicious... so I decided to brave the line and visit again another time!