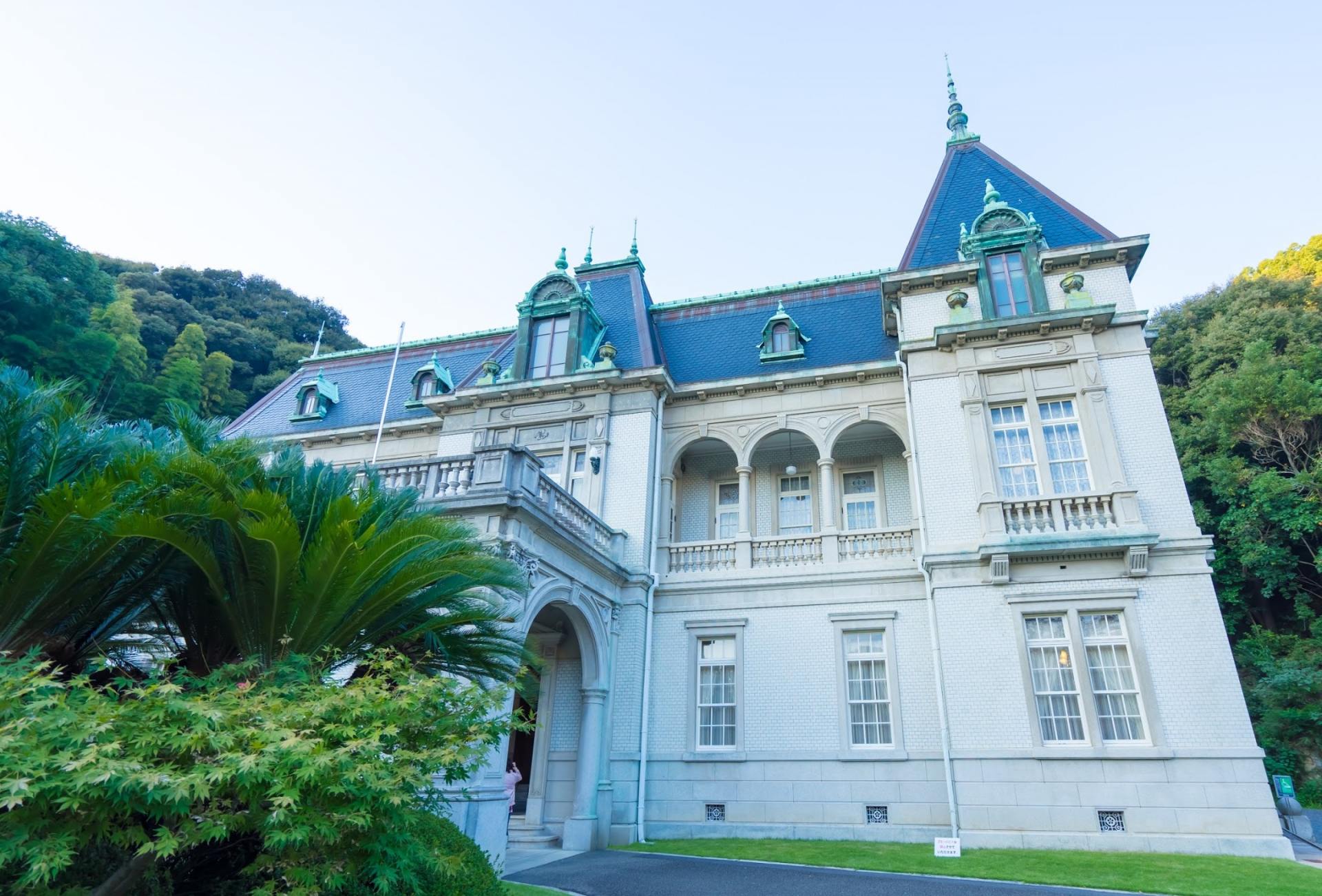 Matsuyama City in Ehime prefecture is the biggest city in Shikoku area. Not only the city is famous for magnet tourist spots such as Matsuyama castle and Dogo Onsen, it is also deeply associated with Japanese literature and historical famous people.
I made a trip to Matsuyama for 3 nights and 4 days back in November, 2016.
In my article, I am going to show you the pictures from the trip and I hope they will help you to get to know the area.
In this article, I will write about my visit to Bansuisou, Sakano Ueno Museum and also about nightview in the area.

Bansuisou is a French influenced architect that was built in 1922 as a second house for the family of former Matsuyama federal lord. Back then, this building was considered as one of the most magnificent places for social events among celebrities. It is recorded that even some members of the Japanese loyal family visited the place. The building is now designated as one of the nation’s cultural important properties.

It is true that the building itself is a piece of art. On top of that, there are various events held in the building including exhibitions of arts and photography.

The same furniture still remain in the room where Emperor Showa stayed in. 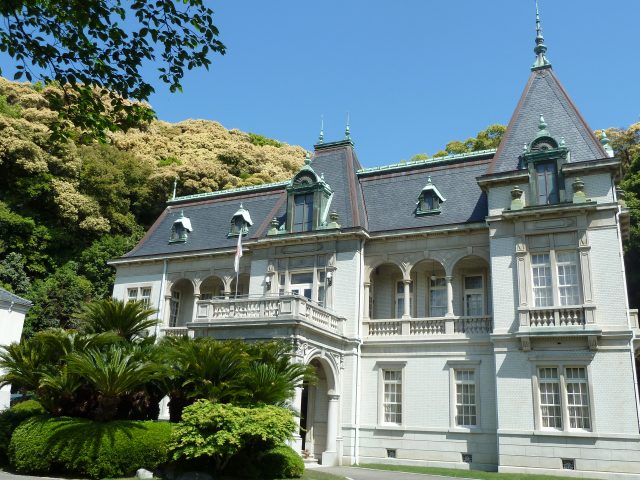 The museum opened in 2007.
“Sakano Ueno Kumo” is a long novel originally written by Ryotaro Shiba. Three main characters in the story actually existed in Matsuyama. The story is based in Meiji period (1868-1911), when Japanese society was going through turbulent changes to be a part of other modern nations,

The unique triangle building was designed by the world famous architect, Tadao Ando.
Such a stylish appearance.

Open-air hall in the center

Museum cafe
Up on the second floor offering great view.

Going up the slope as you go up to the second through fourth floor exhibit rooms.
The slope is also triangle shaped.

Up-in the air stairs
Since there are no poles to support it, the stairs look as if they were floating in the air.
On the wall, pictures of the city from Meiji period (1868-1911) as well as Haiku poems by Shiki Masaoka are displayed.

The novel “Sakano Ueno Kumo” appeared on Sankei Newspaper between 1968 and 1972. On this wall, all 1,296 stories are displayed.

On the 4th floor exhibition, footsteps of the 3 main characters are explained. Saka no Ue no Kumo Museum

Bansuisou. Such a beautiful appearance with lights illuminating the building. Very different from how it looks in daylight.

The entrance to the shopping arcade

The person in the left side advertisement is Nana Mizuki. She is from Ehime prefecture and is a voice actor. She is in TV commercials for Ehime Bank and such.

For dinner, I went to “Yoshi”. They offer fresh seafood and fresh vegetables. The place is located on an alley not far from the Okaido shopping street.

Actually, this was my third visit to the place. Though it is a bit pricy, foods are so good and I had to come back.

“Tai Donabe Meshi ( Sea bream cooked in an earthen pot)” Meal 2,880 JPY (with tax)
They start cooking the rice in an earthen pot after receiving an order, so it may take 25 to 30 minutes before it gets cooked. It is worth waiting though!
They also offer Taimeshi Meal with fresh sashimi sea bream.

Night View around the Okaido area

Day 3 in Matsuyama trip, and I visited Bansuisou, Sakano Ueno Museum and Okaido area.
Matsuyama is such a pleasant city to visit since various tourist spots are all in one area. There is no need to move around navigating transportation.
Matsuyama, the city with feels of history and culture in the air. Why not take some time to go visit?