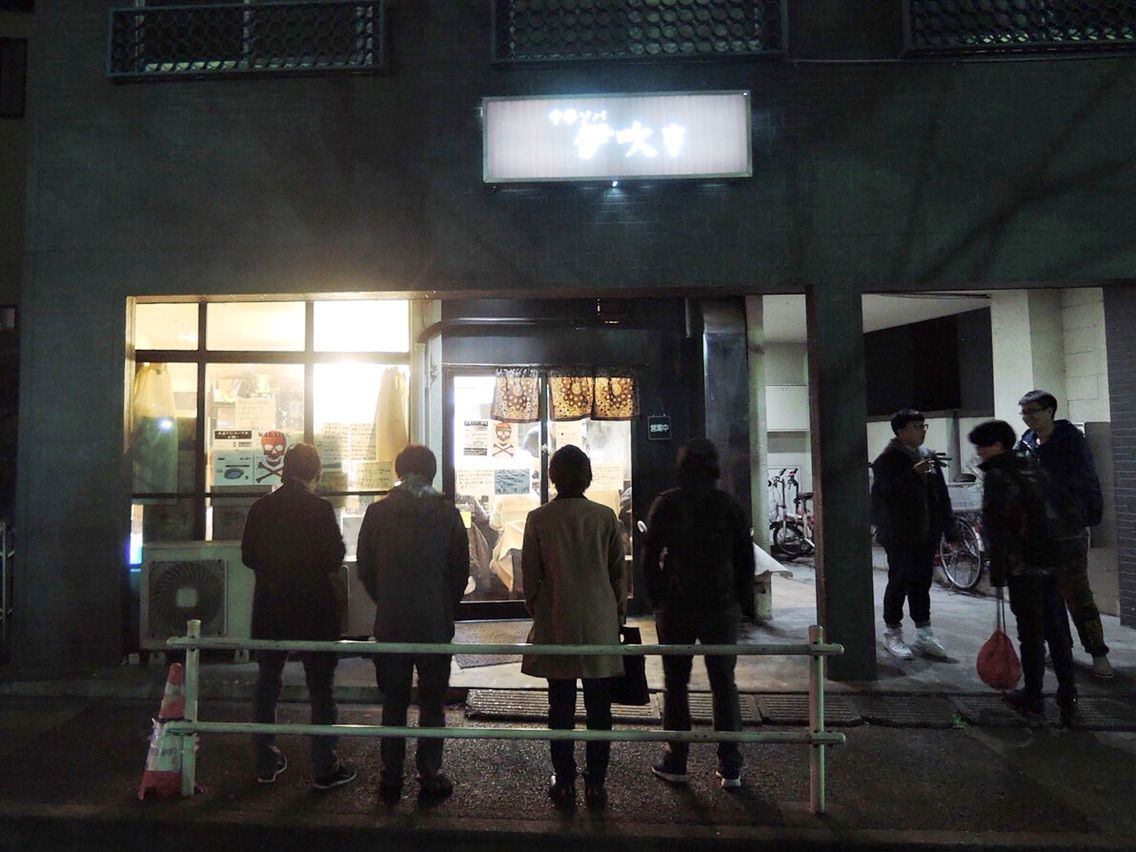 Super-rich niboshi ramen is booming with popularity in Tokyo! Among all the choices of locations to get this dish, one of the most popular restaurants with this rich type of broth is “Chuka Soba Ibuki,” located in Itabashi-ku’s Shimura-Sakaue.

This restaurant’s owner was once considered a ramen enthusiast. They only serve around 100 bowls per day, so I went to try out this rich niboshi ramen that sells out just about every day!

Shimura-Sakaue Station is located atop a hill, as its name suggests. Ibuki is located about 5 minutes downhill from the station’s A2 exit, heading towards Mitsugi Park.

I was surprised that I could already smell the aroma of niboshi partway down the hill from the station!

Different Menus for Daytime and Nighttime

Incidentally, the concentration of niboshi in the daytime chuka soba is about halfway between that of the tanrei and noko chuka soba.
I visited at night, so I ordered the noko chuka soba (800 yen).

The ramen noodles are boiled after your order is placed, and the bowl is carefully arranged.

Here is the noko chuka soba that I got after a short wait!
This dull-colored soup is certainly interesting….

The soup is made by adding large quantities of niboshi to a chicken stock base. They use 100g~150g of niboshi per bowl of soup! The greyish color of the soup looks almost cement-like.

However, contrary to how it looks, this soup is absolutely delicious!!

Niboshi is an ingredient that tends to have some bitterness to it, but the finished product of this soup seems to have condensed down only the good flavors of niboshi.

These noodles, which have a great mouthfeel when you bite into them due to being low-moisture, go extremely well with the niboshi soup!

The chashu is made with pork shoulder. The restaurant’s dedication to each bowl of ramen is wonderful, and they warm up each slice of chashu to order before arranging the dish.

As you can see, the slices are large, thick, and voluminous! Their seasoning is simple, but it goes very well with the thick niboshi soup! The chashu is very satisfying, with a good balance between tenderness and meaty texture.

The Pinnacle of Rich Niboshi Ramen

I enjoyed the rich aroma of the niboshi and the powerful umami in this dish. This certainly can be considered the pinnacle of rich niboshi ramen!

I finished my meal at around 19:50. That was right about when they ran out of soup, and at that time they announced to those who were still waiting that they were out.

The hours that they have soup available can be as short as 2 hours total between both daytime and nighttime, but this is definitely a restaurant you should try at least once.

However, of course, I cannot recommend this ramen to people who aren’t fans of niboshi!