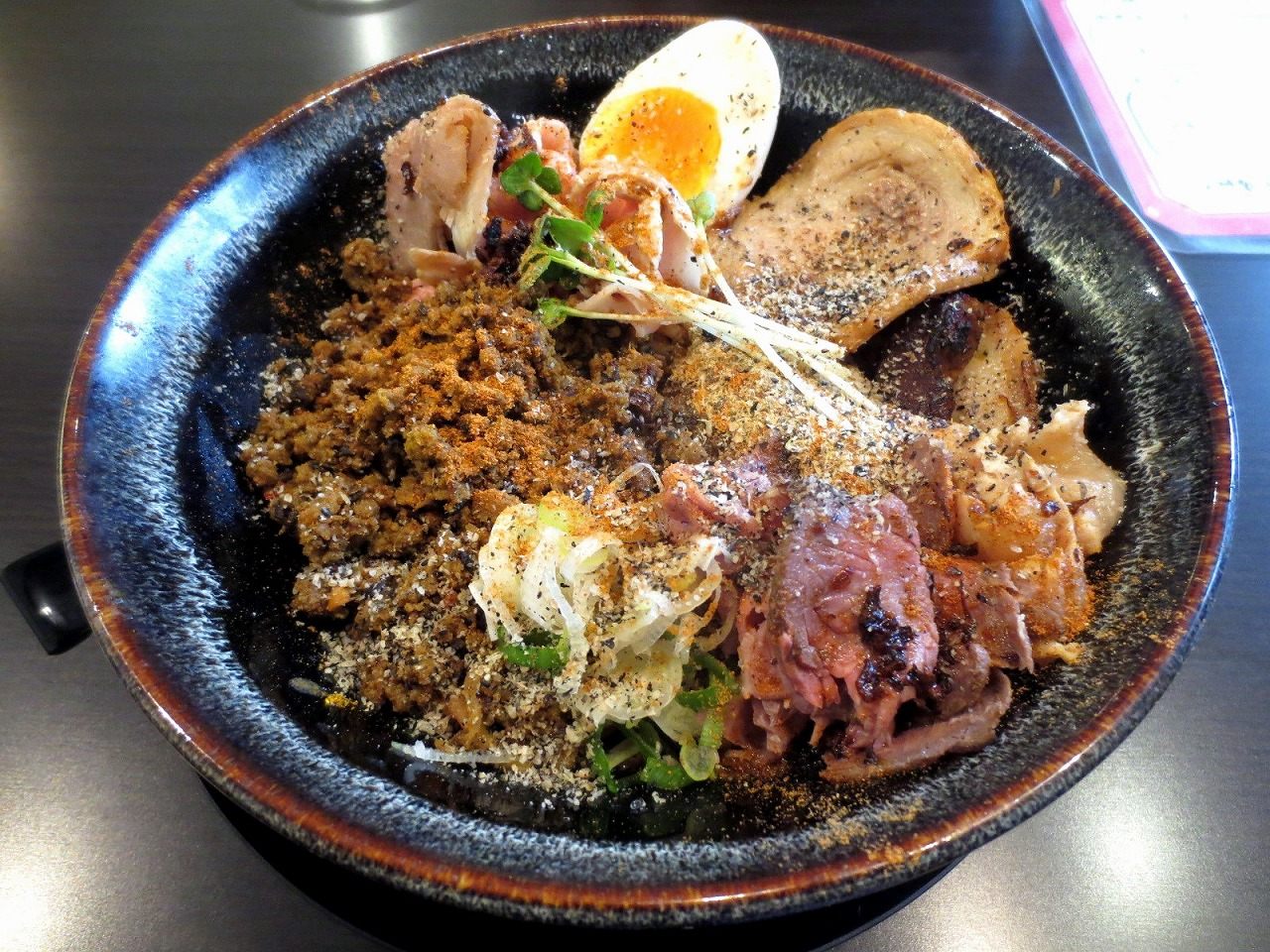 In Osaka, a Taste of Luxury in a Bowl of Noodles with Beef, Pork and Chicken Char Sui! Introducing Nikumen Hidamari-an

In Osaka, there is a ramen shop called, "Nikumen Hidamari-an". It's located 7 minutes on foot from Sakai-Higashi Station on the Nankai Koya Line. I went there to try their lunch, where you can enjoy noodles with lots of meat! It's a sister restaurant to Hidamari-an, a popular steak restaurant in the neighborhood.

Have a Video Too!

The menu offers dishes such as, "Niku-niku maze-soba" (two kinds of meat mixed with soba noodles) or "Niku soba". It's a simple menu designed mainly around meat.

I looked around a little for the signboard because it didn't appear immediately, but the name of the restaurant was written on a small plate below the menu!

The interior of the restaurant has a stylish ambience, like a cafe.

I was also curious about "Suji-niku no Amakara-ni", a dish of sinewy meat simmered in sweet and salty broth. This is available for takeout.

Its spicy aroma whet my appetite! What's more, it was full of meat!

After spreading apart the keema curry, the noodles finally appeared.

The noodles were straight and medium-thick. Full of body and springy in texture, they were tasty enough to stand up to the spicy curry!

As I continued to eat, pieces of char sui came out like buried treasures, one after the other, from various places in the bowl!

Beef, pork, and chicken toppings were put in 6 different spots!

By placing char sui, roast beef and rare char sui here and there, they came up with many ways to taste how delicious the meat is!

In some places, there was the aroma of fish meal. It provided a nice accent to the dish.

In addition, the curry that was left at the bottom of the bowl after finishing the noodles might be good to eat as a topping for rice.

While it is a mini-sized dish, the "Beef Meshi" had a lot of roast beef on top.
Served with a special sauce that was also delicious, I couldn't stop my hands from reaching for the roast beef and rice!

New and limited items are also being added on the menu, so I will keep an eye on it from now on, too.
By the way, they are also open for dinner, but they seem to take a lot of holidays. These are announced on Twitter.