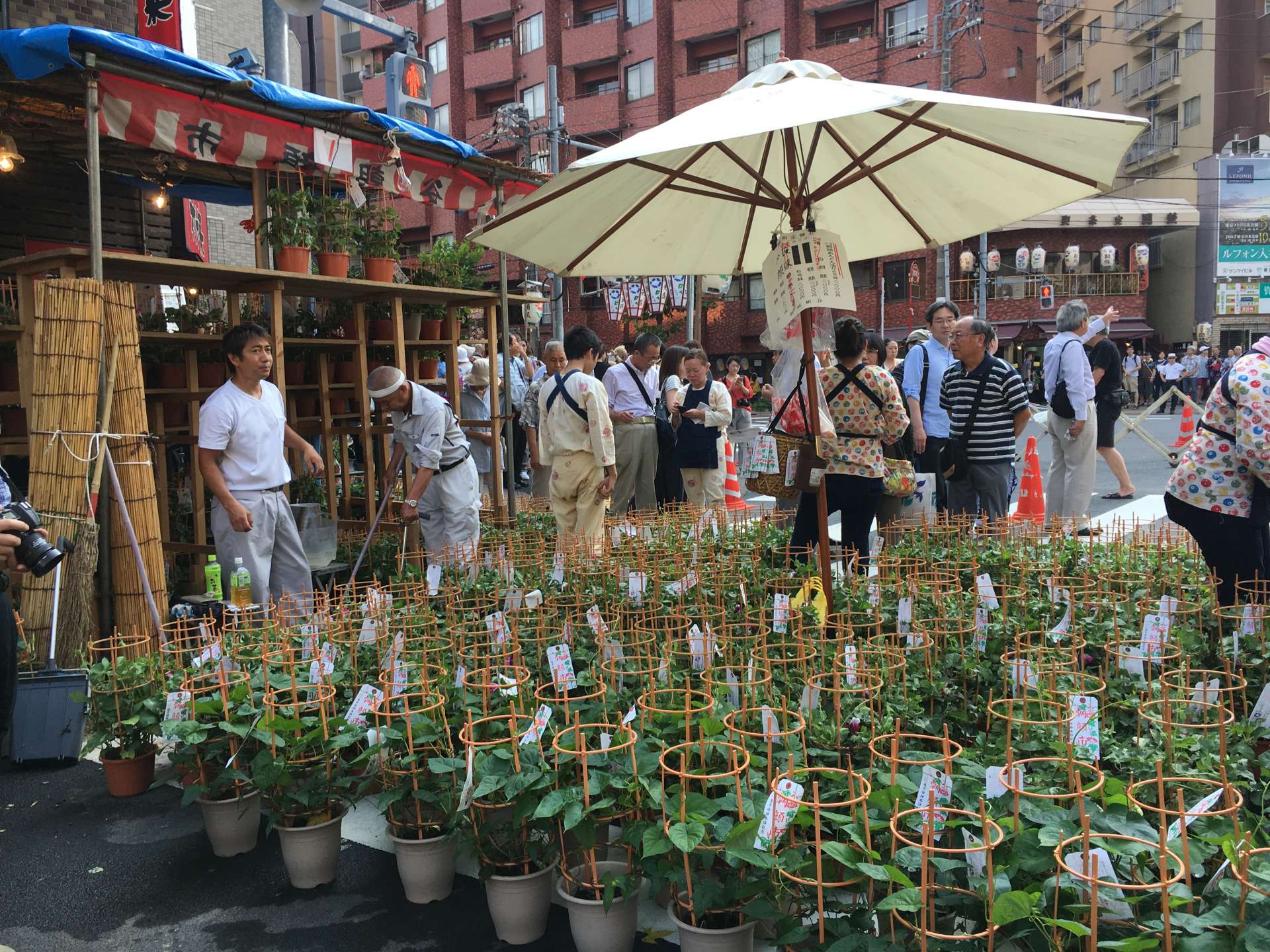 Iriya Morning Glory Festival, a Reminder of the Summer at Shitamachi, Tokyo

Over the weekend in summer, almost everywhere in Japan is rejuvenated by a local festival.Last year, my friends and I visited Iriya Kishimojin (Shingen-ji Temple), where the Iriya Morning Glory Festival was taking place.

Morning Glory, a Favorite of the Japanese

Morning glory, called “asagao” (literally meaning “morning face”) in Japan, is no more than an ordinary wild flower in Mainland China and Taiwan, but a favorite ornamental plant for the Japanese. Word has it that that morning glory was introduced from China to Japan in the Edo period, when it was initially cultivated in Okachimachi. As time went by, the gardeners in Iriya began to cultivate morning glory in their shops. It became a part of the streetscape in summer in the mid Meiji period and a familiar ornamental plant among the locals.

The custom of holding the Iriya Morning Glory Festival, a grand ceremony of Tokyo’s Shitamachi, which dated back to that period, has survived to this day.

The Iriya Morning Glory Festival is held between July 6 and July 8 each year, when a morning glory market, reputed to be the largest one of its kind in Japan, is held around Iriya Kishimojin (Shingen-ji Temple) and more than 90 food stalls (yatai) are set up in the market as well. Such a festival, a vivid reminder of the Edo period, attracts about 400,000 tourists each year. And all the lanes there will turn into a playground for the people coming on foot if road traffic is controlled.

The bustling roads are lined with many food stalls and, of course, a lot of growers selling morning glories.

Most of the visitors to the Festival are bound to pray at Iriya Kishimojin (Shingen-ji Temple), a temple built in 1659, where Kishimojin, an important tutelary deity in Buddhism, is enshrined.

After worship, they may buy amulets as Kishimojin is fervently believed to be not simply a protector of Buddhism, but a guardian angle of women and children.