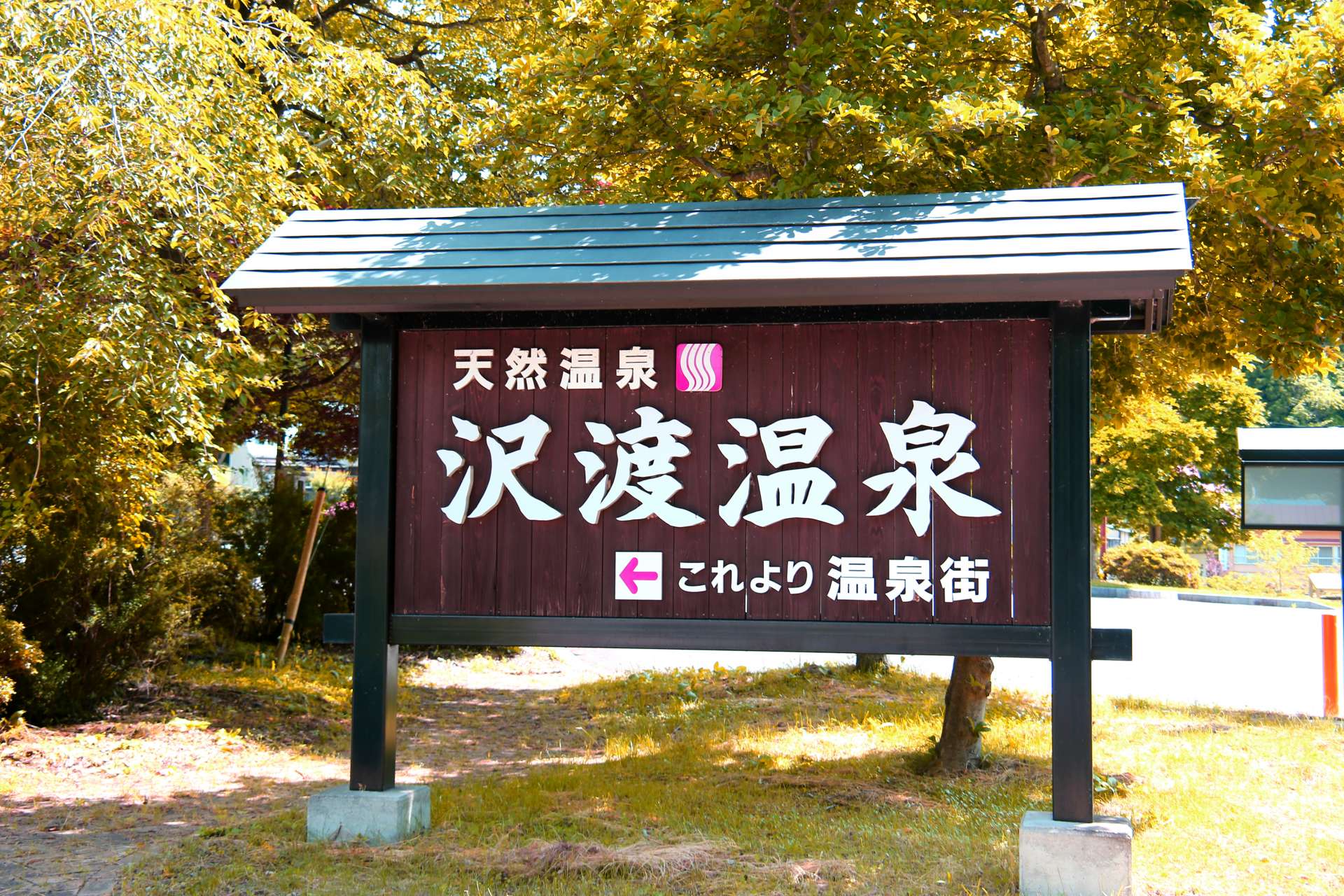 Sawatari Hot Spring in Gunma Prefecture: a Two-Day Trip to the Hot Spring with an Overnight Stay

Sawatari Hot Spring (Sawatari Onsen) in Gunma Prefecture is one of my favourite hot spring resorts. Each fall I visit it. I love its snug hot spring, tranquil settings and rustic charm.

The source of Sawatari Hot Spring can be traced back to a natural hot spring that first came naturally to the ground surface about 800 years ago. It is a renowned “Hot Spring for Beauty” since its water is mild on the skin and capable of curing skin ailments. In addition, its serenity win it favor with many eminent intellectuals.

Day 1: Taking a Train Ride, Bathing in a Hot Spring and Having a Japanese Supper

Savor Railway Boxed Meals while Enjoy the Scenery Outside

A train trip can delight us with both railway boxed meals (ekiben, bento sold on trains or at train stations) and the landscape outside.

The Daruma tea rice (chameshi, rice boiled in tea) bento offered in Gunma Prefecture has a particular flavor and the exquisite bento box can be brought home as a souvenir.
Fish bentos topped with a bewildering variety of foodstuffs are also offered.

Outside the train there is an idyllic pastoral scene. Bamboo poles hanged with bundles of rice are lying over the paddy.
This is Japanese traditional sunned rice, and it is said that sunning can improve the sweetness and deliciousness of the rice.

After an about 2-hour ride, we arrive at Nakanojo Station.
The Station is at the center of the resort of Shima Hot Spring (Shima Onsen). We move forward and arrive at our destination, Sawatari Hot Spring. The limited express train for Kusatsu also stop here, so the Station is bustling with people.
By the way, Nakanojo is the hometown of Keizo Obuchi, a late Prime Minister of Japan.

Then we can get to Sawatari Hot Spring in about 30 minutes by taking a bus of Kantetsu at the bus stop near the Station.

※ The buses of Kantetsu run rather infrequently, so their schedule is to be consulted before your trip. But it doesn’t matter if you miss a bus, as you can take a taxi in front of Nakanojo Station, which will cost around 2,500 yen.

Reduce Fatigue by Bathing in a Hot Spring

After an around 30-minute bus ride, we arrive at Sawatari Hot Spring.
Feeling a little tired, we directly head to Miyataya Inn (Miyataya Ryokan) we have booked.

The resort of Sawatari Hot Spring has many other hot spring inns, but I’m used to staying at Miyataya Inn for 1 to 2 days almost every fall.
I love the inn for its rustic charm and homely atmosphere, and freedom from petty rules of etiquette that have to be followed in grand hotels.

Some other hot spring inns smell damp, while the rooms of this inn are very cozy, and the internal air feels wonderfully refreshing.
The windows faces a secluded forest of pine, and hence is a nice place for reading books or enjoying scenery.

Soon after we eat the refreshments served by the inn, we set off for the hot spring.
The inn features free large baths, family-style baths and open-door hot spring. If you wish to use the open door hot spring, you are expected to let the innkeeper know beforehand.
I cannot bear bathing in steaming hot springs for long, while the large baths here are moderately warm, and so are recommended to those preferring long-time bathing.

Japanese food forms a major part of the supper. Such fresh vegetables as mushrooms picked by the inn attendants cooked into one pot dishes (nabemono), which are delicious and nourishing!

There is also a European dish, which is my favourite scallop cooking. Scallops are barbecued with apples and cream, and it is a signature dish of Miyataya Inn.

After having the lunch and before going to bed, we go to bathe in the open door hot spring to enjoy its peacefulness and comfort.

Day2: Picking Apples, Strolling in the Park and Buying Souvenirs

Savor the Breakfast and Bathe in a Hot Spring

It is a sumptuous and well-balanced breakfast. The rich food does neither give us indigestion nor make us sick.

After having the breakfast, we go to bath in the hot spring again! The air is pellucid and comfortable.
Regrettably, we arrive here too early, and if we come here after mid-November, we would be greeted fall foliage spreading over the hills.

There are no many tourist attractions near the resort of Sawatari Hot Spring, but there are several apple gardens.
I have planned to go and pick apples in the gardens before return to Tokyo; however, it rains.

Yet at the sight of the disappointment on our faces, the innkeeper promptly suggests driving us there! (We are fairly touched!)
So we get to the destination without a hitch in spite of the rain! (It is an about 7-minute ride from the inn)

After we pick apples, the rain is abating, so we walk to Hana no Eki Minohara Park, a nearby park, for a stroll.
It is a pity that we have to return in the afternoon, and we can only pay a fleeting visit. It is said that the Park is at its best in June.

We return to the inn for packing our luggage.
Aren’t these newly picked apples poetic?

At last we leave the inn with reluctance and set foot on our return trip quietly.

Buy Souvenirs in a Street of Stores

When we amble along a walk before returning to Tokyo, we see a small street of stores offering local specialties.

Among other things, the hot spring manju (a traditional Japanese confection) sold at Nakayari Onsen Manju Store and the locally produced honey are well-known far and wide.

Finally we express thanks to the resort of Sawatari Hot Spring and Miyataya Inn, and we will revisit here the next year.