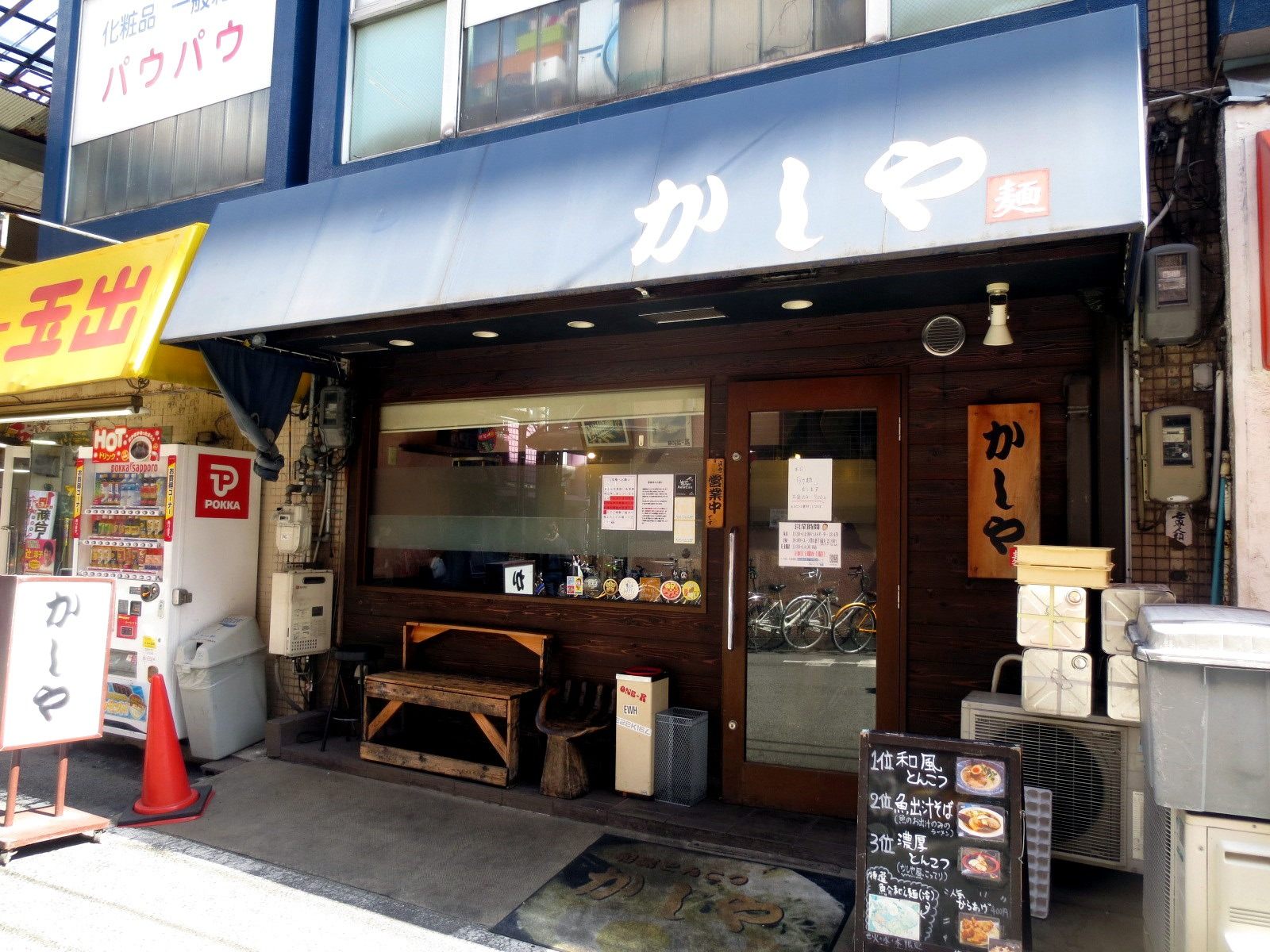 “Kashiya” is a popular ramen restaurant in Osaka.
While it’s a small shop with a mere 8 counter seats, it’s such a popular restaurant that it’s even been featured on TV.

The famous bargain-priced supermarket “Super Tamade #1” is located in the “Tamade Hondori Shopping Street” near the #1 exit from Yotsuba Line’s “Tamade Station.”
“Kashiya” is located just south of that store.

They also offer a rice menu that you can combine into a set with your ramen.

The broth is a double soup made with tonkotsu-shoyu broth and seafood broth.

The creamy soup has been frothed into a foam, and it has deep richness and umami with a mellow finish.
The smooth mouthfeel is reminiscent of a cappuccino. What a bowl of ramen!

The noodles cling well to the soup and have an amazingly smooth texture to them. Their soft and chewy texture is great!

The chashu is made with pork belly and is relatively tender. I was really impressed with the portion size!

The soft-boiled egg was cooked to perfection and had a lovely rich flavor.

Apparently, when the restaurant opened not many guests came and they were struggling.
Now it’s become a super-popular ramen restaurant in Osaka! Their ramen was just as delicious as I’d heard!