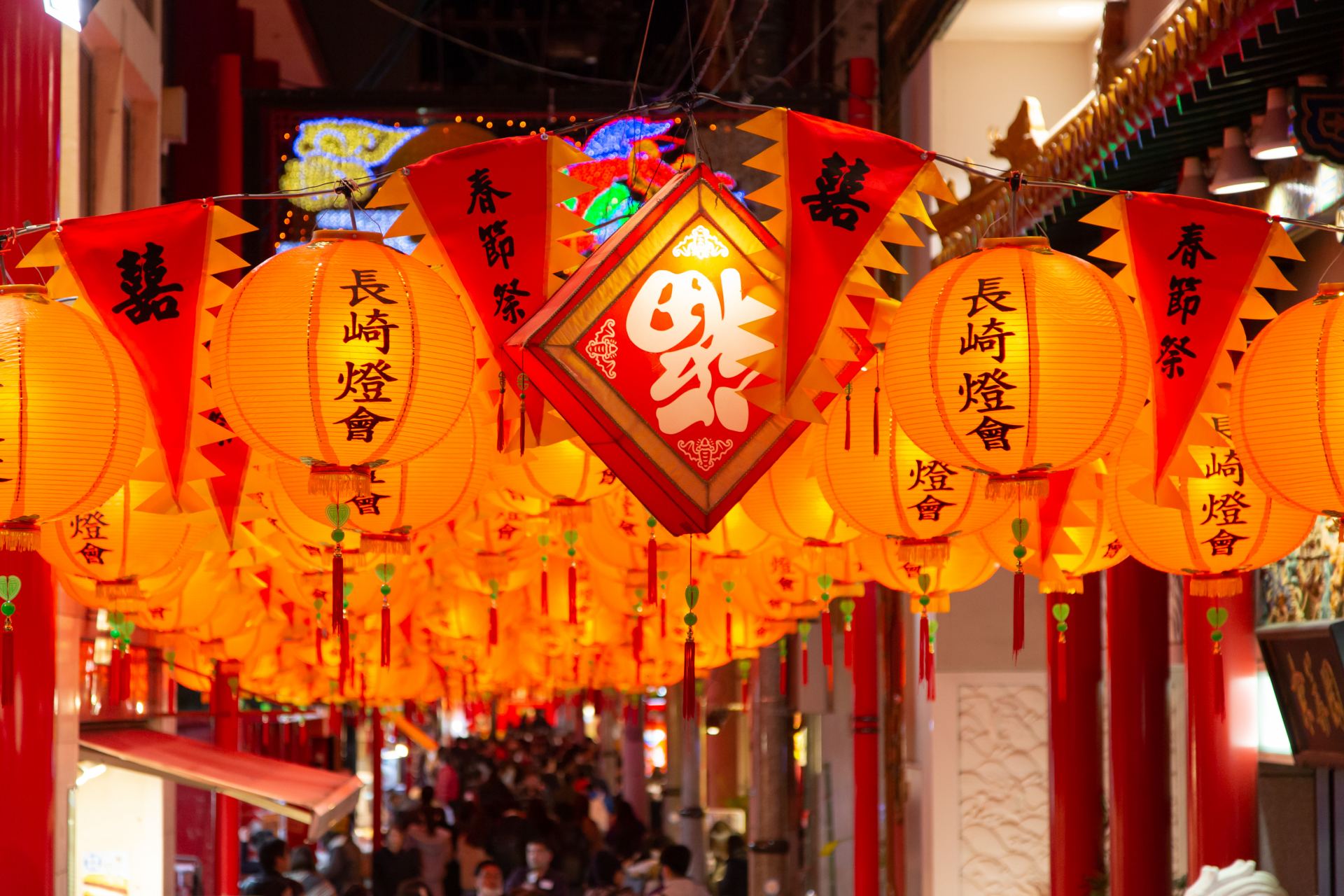 A significant winter event in Nagasaki is held from January 1 to 15th of the lunar calendar. The city center is beautifully decorated with lanterns.

“The Nagasaki Lantern Festival” is a significant winter event held from January 1 to 15 of the lunar calendar (usually from late January to early February) in the center of Nagasaki City, including Nagasaki Shinchi Chinatown, one of the three significant Chinatowns in Japan, the Sightseeing Street Arcade in Hamamachi, and Central Park.

Originally held by the people of Nagasaki Shinchi Chinatown as a "Shunsetsu Festival (Chinese New Year Festival)" to celebrate the Lunar New Year to promote the town, the Nagasaki Lantern Festival began in 1994 and has since expanded into the Nagasaki Lantern Festival. The fantastic atmosphere of lanterns decorating the city in various colors attracts visitors to the festival.

The highlight is the 15,000 lanterns in different shapes! Some are regular lanterns, while others are animal-shaped, or historical figures. They decorate the area around the venue, creating a beautiful and magical night. Some of the colors are limited to the area, so it is recommended to walk around the city.

Also noteworthy are the large objects of the year, which are presented as new works each year. Past works will also be on display, so it is fun to look for them all.

In addition, a variety of other events will be held. The city of Nagasaki will be in a festive mood with authentic Chinese dances and erhu performances, the Maso parade, the Emperor's parade, and other events.