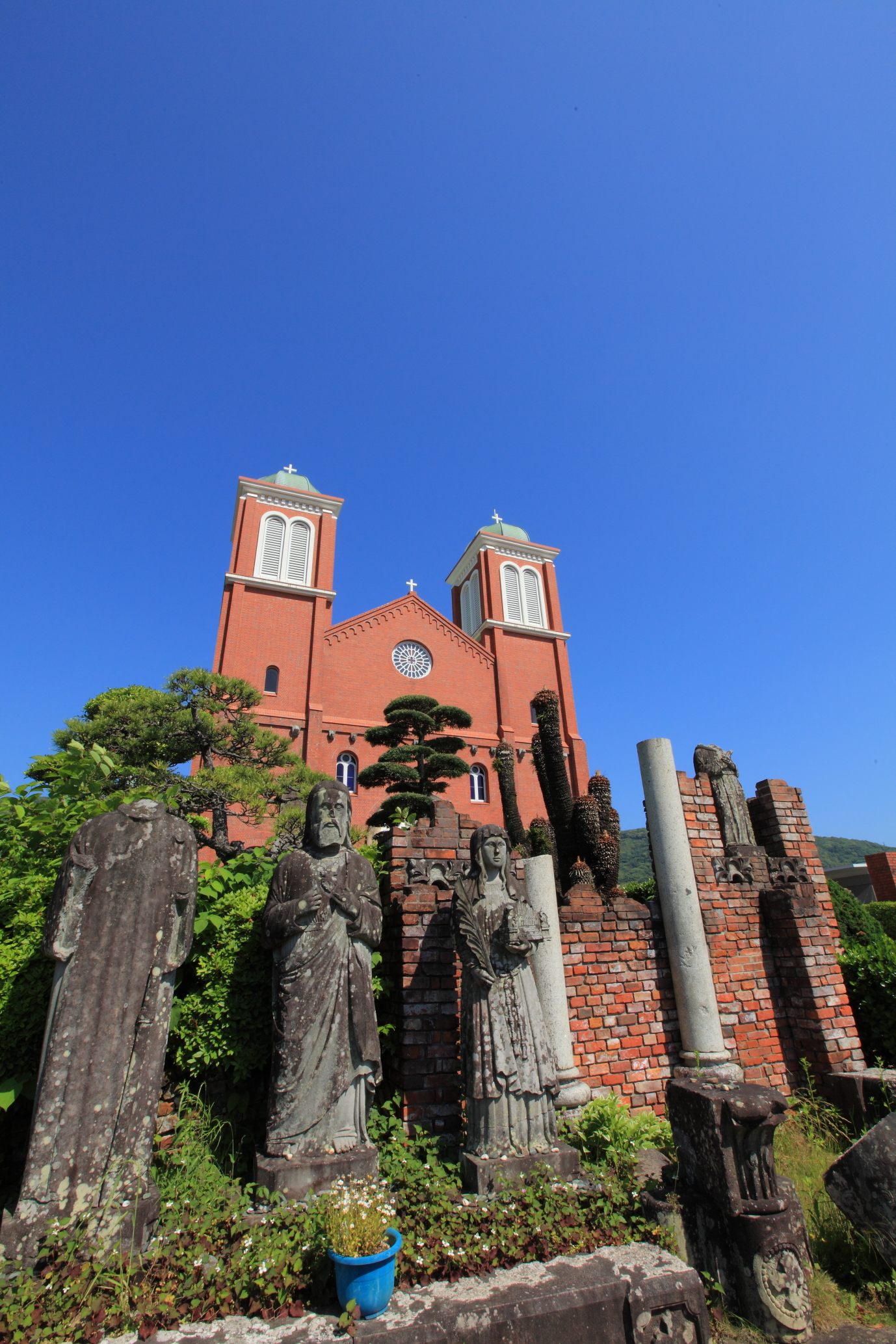 Having endured the bomb blast, now the Angelus Bell echoes at this beautiful church.

In 1873, the long persecution against Christians was ended. Although the believers in Urakami planned to build a cathedral, they could not raise enough funds. In 1895, Father Fraineau‘s design was put to construction. 30 years later in 1925, the stone and brick Romanesque cathedral, called the greatest in the Orient, was completed.

The double towers on the front had the 26m-long Angelus Bell, which was the pride of the believers and the symbol of their faith. However, the atomic bomb was dropped on August 9, 1945, which blast destroyed the cathedral in an instant and the bell fell off.

Later, the Angelus Bell was excavated from the rubble and a reinforced concrete cathedral was rebuilt in 1959. When Pope John Paul II visited Japan in 1980, it was madeover into brick tile style that reflects the former Urakami Cathedral’s beautiful image.

On the premises, the blasted stone statues and ruins are displayed. The neighboring ritual center, Pieta, curates the original Angelus Bell.