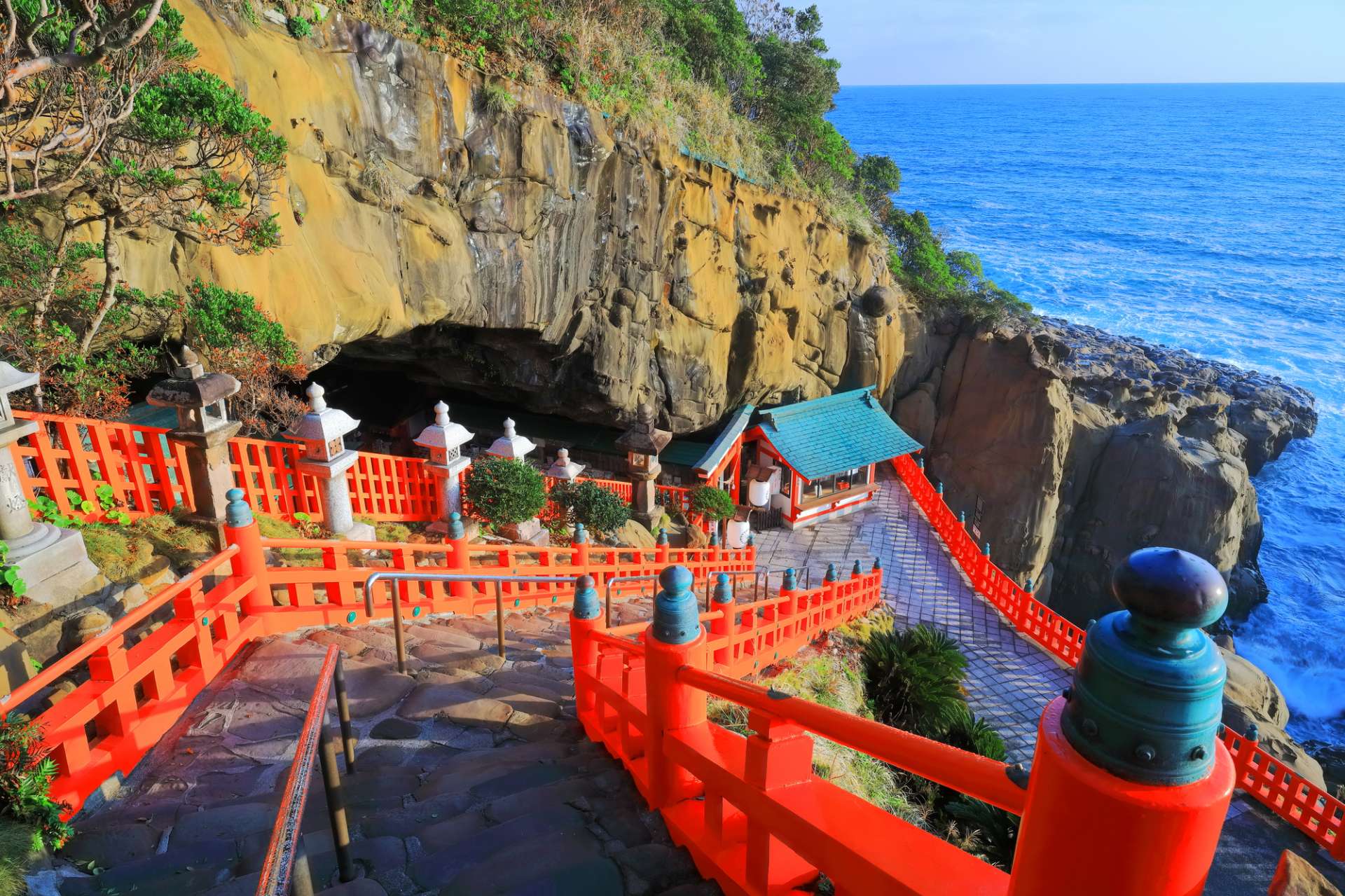 Breathtaking! The mystic shrine hidden inside a cave.

This unique shrine sits inside a cave found along the cliffs facing the sea. The shrine is known for safe childbirth, children, marriage as well as property for fishermen and those headed out to sea.
Udo Shrine and its surrounding area are designated as a National Scenic Beauty.

Udo Shrine can be reached by going down an approx.. 800-meter stone staircase carved into the cliff. The cave itself is about 1000 square meters large, and is said to be made by Toyotama-hime, the goddess in Japanese mythology, who came here to give birth. According to the myth, the goddess left breast-shaped rocks in the cave (“Ochichi-iwa”), which are believed to aid in breastfeeding if you eat “Ochichi-ame candy” made by the water that drips from it.

Just outside the main honden hall of the shrine sits the “Kame-ishi” (turtle rock) and undama (luck balls). According to the custom, men throw with their left hand and women through with their right hand, but if they land the undama in the target its said to bring good luck.

From the Edo to Meiji Periods, there was a custom called “Shan Shan Horse”, where new brides rode a horse down to visit the temple. While no longer in practice, it is recreated occasionally during local temple events.