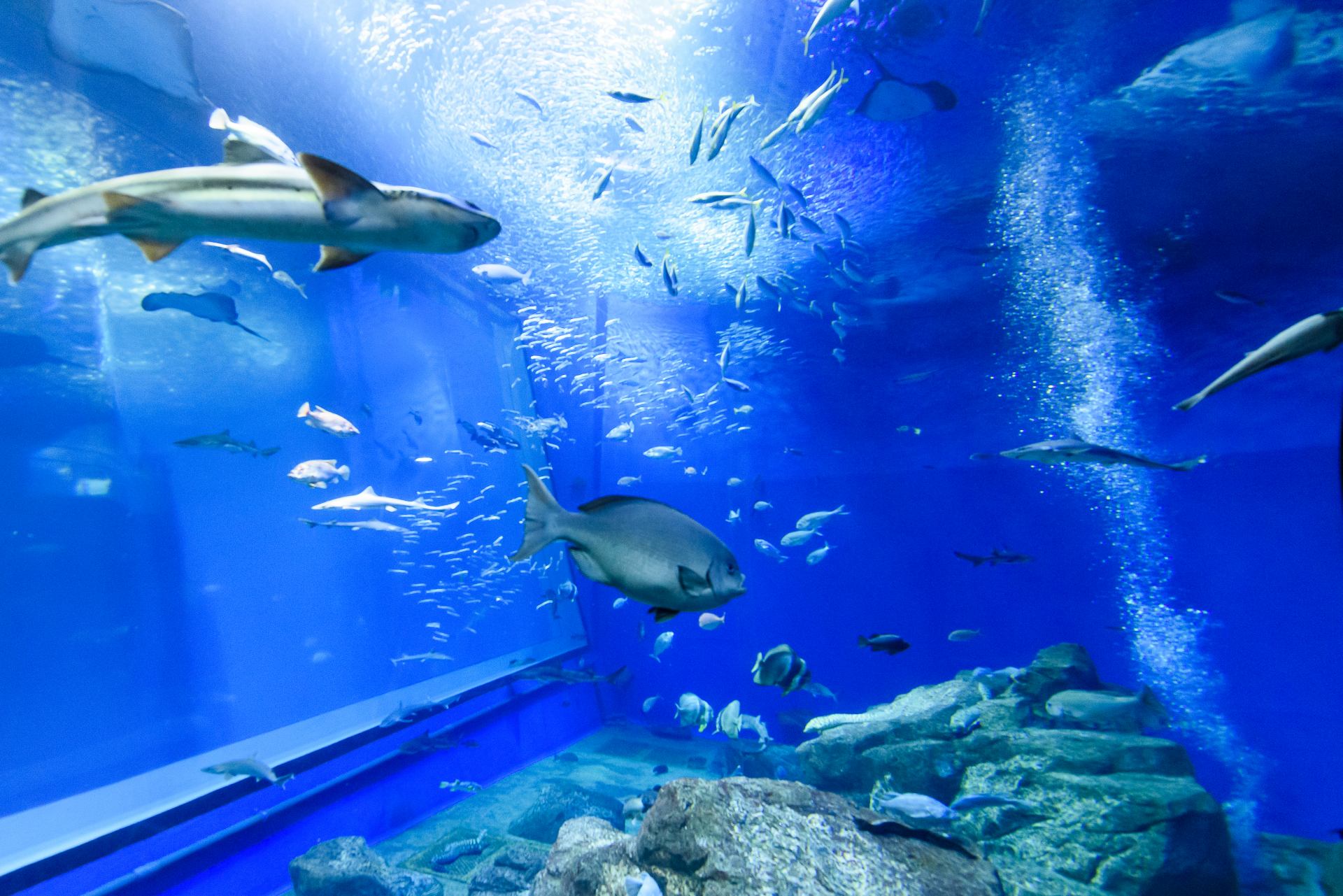 Home to the largest varieties of sharks in Japan! Meet over 580 different species of sea life in 9 different zones at one of the best aquariums in all Japan!

One of Japan’s best aquariums, Aqua World Ibaraki Oarai is home to over 580 different varieties of salt-water and fresh-water sea life. Just as its iconic shark symbol may hint, this aquarium is held as the nation’s best place to find the most varieties of sharks. For an extra thrill, you can also visit Japan’s biggest tank dedicated to ocean sunfish here, displaying a number of different varieties of this rare fish.

The aquarium is quite expansive and even includes a “Deai no Umi” (Meet the Sea) Zone that recreates Ibaraki’s seascape and a “Sekai no Umi” (The World’s Oceans) Zone where countless shark, sunfish, and other varieties can be found swimming by. For loveable crowd favorites, you won’t want to miss the tufted puffins and cuddly otters in the “Sekai no Umi (The World’s Oceans)” Zone 2. For live shows featuring sea lions and dolphins, head over to the Ocean Zone.

In addition to the real tanks found across each zone, there’s also a preserved shark display and CG recreation of them swimming in the Shark Daddy’s Room, or a “Kidsland” area where children can learn about sea creatures by interacting with them (closed temporarily due to COVID-19 safety measures as of July 2021). In the “Mori to Kawa” (Forest and River) Zone you’ll find the rivers of Ibaraki recreated before your eyes, or headover to the 9th and final zone, the “Deai Deck” (Meet and Greet Deck), home to one of the world’s largest taxidermy basking sharks and a larger-than-life model of a sperm whale. Head on over to dive into the water world and learn about the sea!

Name in Japanese
アクアワールド茨城県大洗水族館
Postal Code
311-1301
Address
8252-3 Isohamacho, Oaraimachi, Higashiibarakigun, Ibaraki
Tel
029-267-5151
Admission
Adults: 2,000 yen, elementary/middle-aged students: 900 yen, small children (ages 3 and up) 300 yen, toddlers and infants (ages 3 and under) admitted for free.
Regular Closures
None ※Aquarium is closed at certain points in June and December.
Open Hours
9:00am-5:00pm (Admission allowed until 4:00pm)
※Subject to change depending on the season.
※Open hours may change upon sudden notice
Access
(1) From Oarai Station on the Kashima-Rinkai Line, take the loop bus about 15 mins and get off at Aquaworld/ Oarai
(2) From Nakaminato Station take the Ibaraki public bus (bound for “50/Ibadaimae Eigyojo” and get off after approx. 7 minutes at the “Aquaworld/Oarai” stop.
Credit Cards
Accepted ※Not available in the Food Court or Relax café Mermaid.
Official Website
Official Website (English)