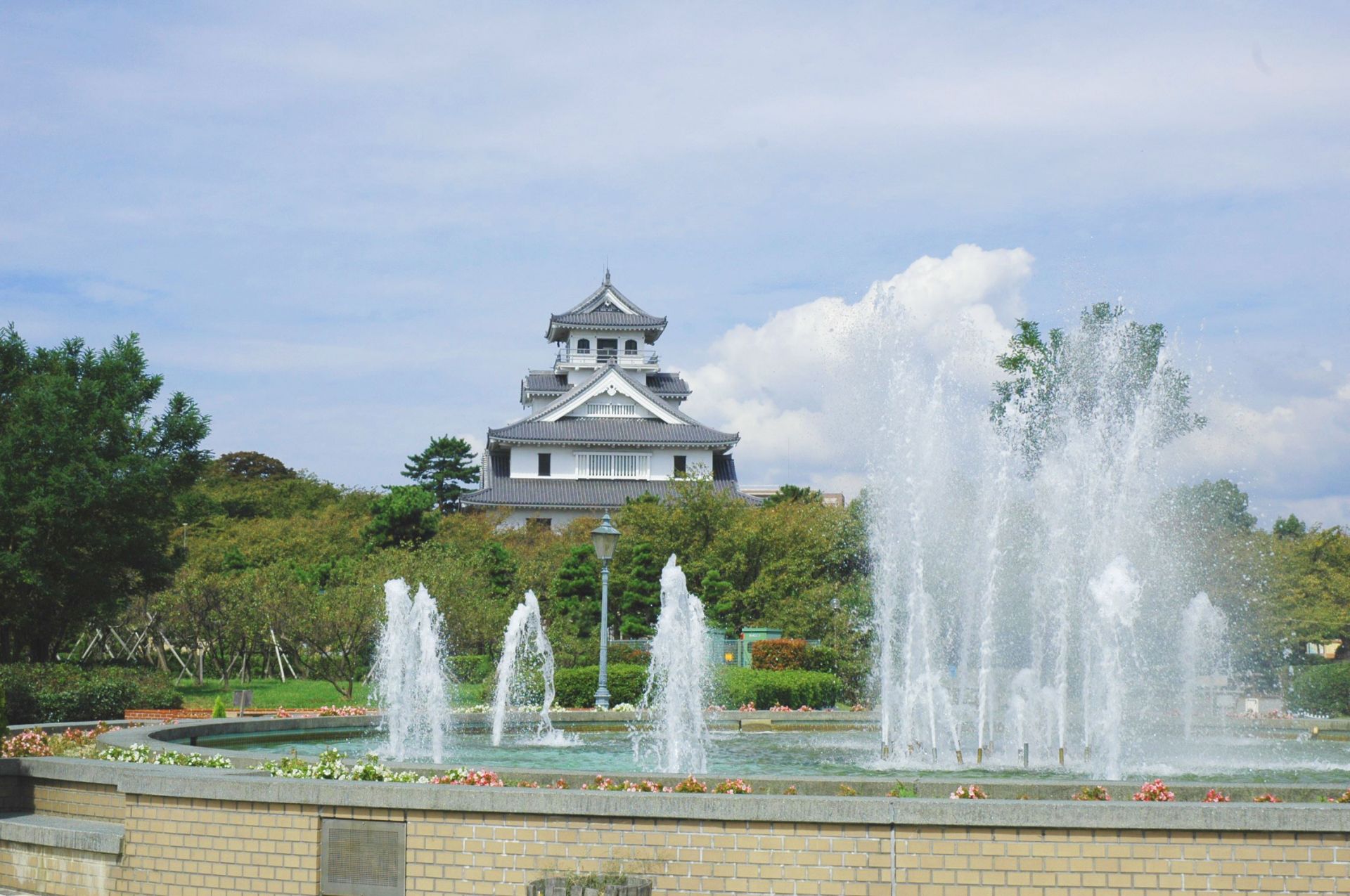 It is a multi-purpose park built on the ruins of Nagahama Castle, and is famous as a place to enjoy cherry blossom with about 600 Someiyoshino Cherryblossom trees blooming in the park.

Surrounded by rich nature, the park is a feast for the eyes with seasonal flowers such as 150 red and white plum trees from late March to early April, azaleas from late April to early May, and fuji flowers on the wisteria trellises in early May. In particular, from early to mid-April, about 600 Someiyoshino Cherryblossom trees planted in the park bloom in unison, as if enveloping the Nagahama Castle tower. This beautiful scenery has been selected as one of the 100 best cherry blossom viewing spots in Japan. The cherry blossoms can also be seen from the observatory of the Nagahama Castle Historical Museum, and the view is breathtakingly beautiful. During the cherry blossom season, the area is lit up at night for several days, making it one of the most popular cherry blossom spots in Shiga Prefecture.

The park also has tennis courts and other sports facilities, as well as a children's park, making it an attractive place for adults and children to enjoy themselves.