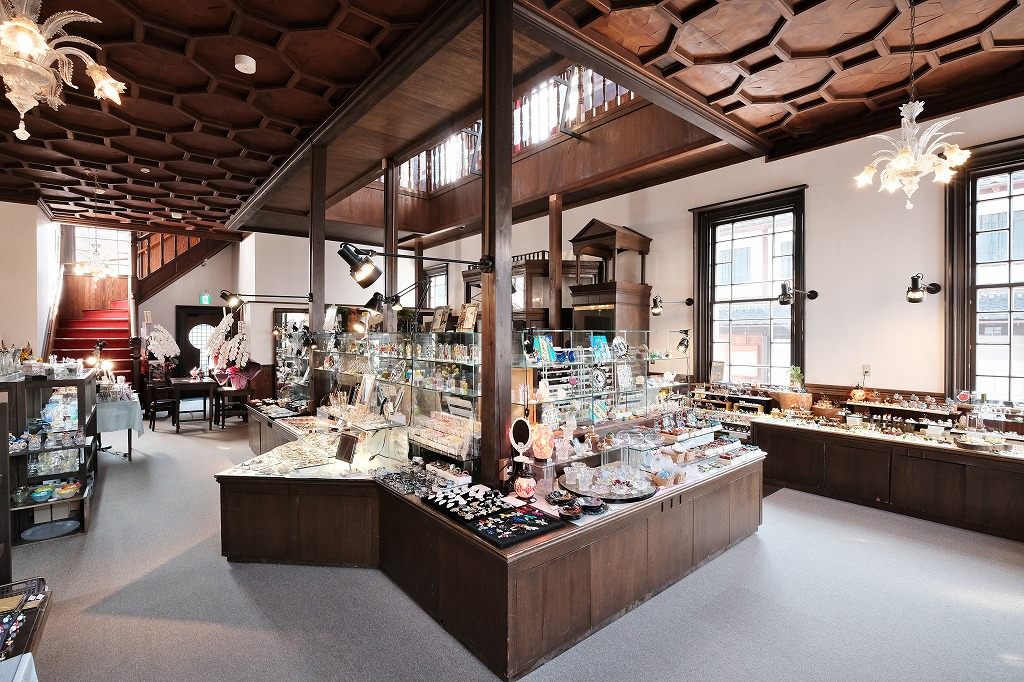 The old streets of traditional architecture are filled with craft and art workshops and stores.

Nagahama City is a castle town where Hashiba Hideyoshi became the first lord with the castle and gained a foothold as his success in life.The current central city area was developed as the core of the Kohoku region. Even Nagahama Castle got abandoned after Siege of Osaka (Osaka no Jin), it has been prosperous as a post town on the Hokkoku Kaido, a key point for the water transportation of Lake Biwa, and a temple town of Daitsuji Temple (Nagahama Gobo).

From the Showa 40's to the early Showa 60's (around 1965-1985), the hollowing-out of the city got accelerated but was reconstructed by the revitalization of the glass industry. The third sector is “Kurokabe Corporation .” established for the purpose of regional revitalization and preservation of traditional architecture, as being a driving force, regenerated the traditional architecture group in the central city area. The “Kurokabe Square”area which puts glass shops, interactive facilities, and restaurants in place is a popular place that attracts as many as 2 million tourists annually.

The core facility is the “Kurokabe Glass Shop (Kurokabe 1st )”. The heavy Western-style building with the black plaster (shikkui) was built in 1900 (the 33rdyear of Meiji period) as the Nagahama branch of the 130th National Bank, and reborn in 1989 (the 1st year of Heisei period) as a glass shop displaying and selling about 30,000 domestic and foreign glass products. Currently, it has expanded to 22 stores including directly managed and participating stores, and besides glass, various craft-related interactive facilities and shops are plentiful.