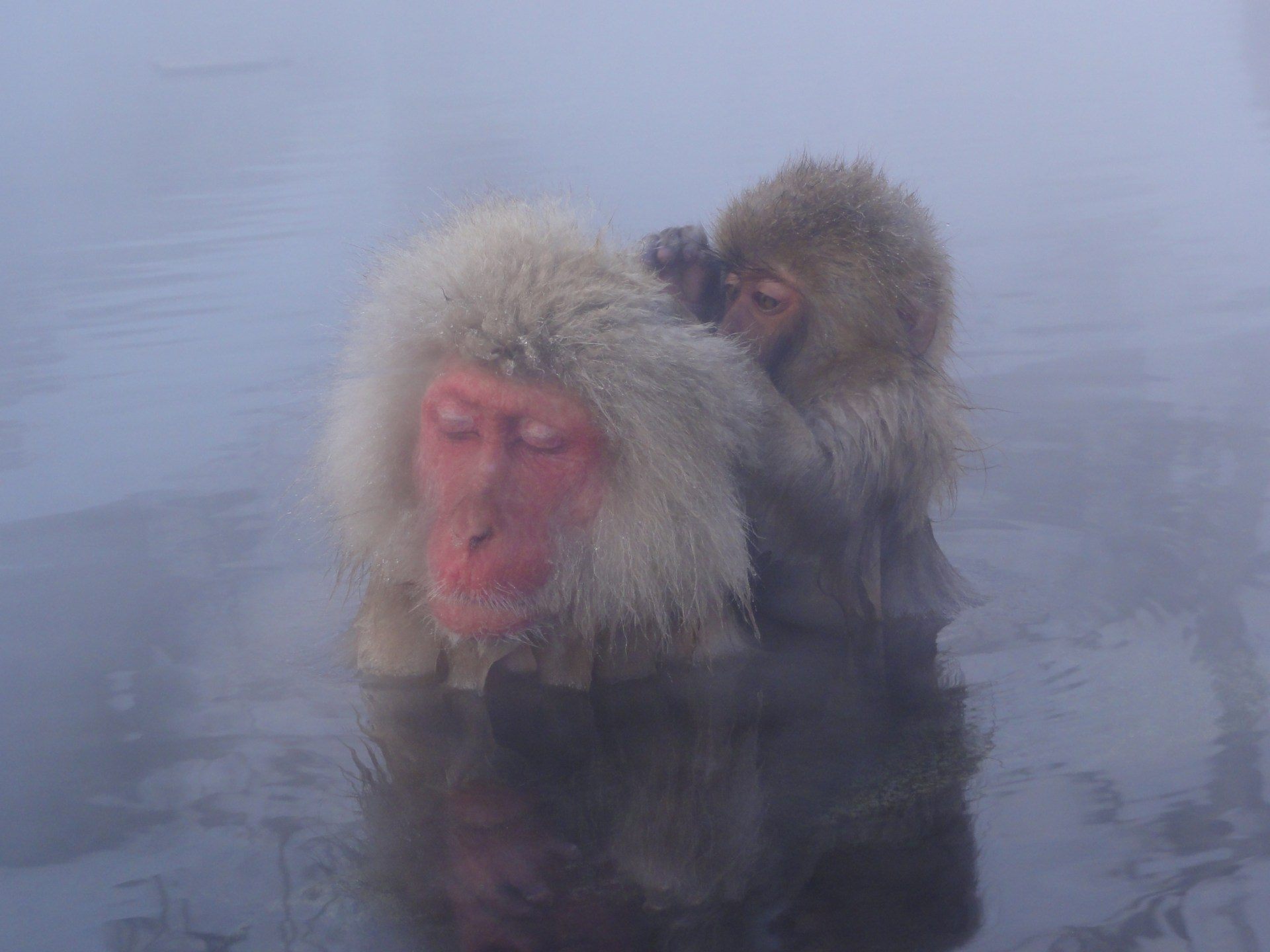 A Free Travel to Nagano in Winter to See Wild Japanese Macaques Loving Bathing in Hot Springs and Living in Jigokudani Monkey Park!

An around 90-minute train ride on the Nagano Shinkansen (now a part of the Hokuriku Shinkansen) can take us from Tokyo Station to Nagano Station, where we can take another train by the Nagano Electric Railway to get to Yudanaka Station. The station is close to the entrance of Jigokudani (hell valley), which is a paradise on earth for Japanese Macaques loving bathing in onsens (Japanese hot springs). Tourists from Europe and America have given the macaque inhabiting this area an affectionate nickname “snow monkey”. It is not certain when the monkey has developed a fondness for “bathing”, but such a liking certainly makes the monkey a star in Japan or even earns it international fame. Let’s go to feast our eyes!

Visiting an “Onsen for Monkeys” to Watch Lovely Snow Monkeys in the Bath!

We are first greeted by a mother monkey and its child bathing in an onsen. ♪
With its hair seemingly being combed by its child, the mother monkey looks fairly satisfied. This funny scene instantly warms our hearts. ♡

Onsens are a common sight in Japan that is reputed to be a “country of onsens”. Despite Japanese people’s particularity about onsens, the onsen where one can bath while appreciate snow-scape always holds a powerful appeal to them. Such an onsen is called “baths in the snow”. The onsens here are natural ones and I can’t help thinking that I would worn an expression like the said mother monkey if I were bathing in the onsen! (Smile)

To come here, we can take a bus to Kanbayashi Onsen at Yudanaka Station by the Nagano Electric Railway and get off at Kanbayashi Onsen Bus Stop. Then after following road signs and walking on snow-covered paths for about 30 minutes, we arrive at the destination, Jigokudani (formal name: Jigokudani Monkey Park) where snow monkeys live.

Sightseers including many from overseas flock to Jigokudani, which affords a view of Onsens for Monkeys at close range and where the baby monkeys look lovely and appear keenly interested in cameras.

Keeping a watchful eye on sightseers, this snow monkey seems to be guarding the monkeys bathing in onsens, and it must be the elder of the monkey troop.

Jigokudani, of course, features not only onsens for monkey troop, but also onsens for visitors, who can get off at such spots between Yudanaka Bus Stop and Jigokudani Bus Stop as the Shibu Onsen, and stay in a hotel there for comfortable bathing in an onsen!

Taking a Sightseeing Train to Admire the Scenery of Nagano, a “Snow Country”!

It is interesting to watch snow monkeys loving bathing at Jigokudani, while it is also fascinating to admire the scenery of Nagano from a train!

Normally, people take a train by the Nagano Electric Railway to travel between Nagano Station and Yudanaka Station. In fact, another service is also highly recommended! We can pay an extra 100 yen for the Limited Express Yukemuri! As its seating is arranged on a first-come, first-served basis, it is advisable to be an early bird so as to sit on the best observation seats!

※ Should you want to get more information on sightseeing trips to Nagano, you can read the free electronic magazine created by us, Nagano by Good Luck Trip.