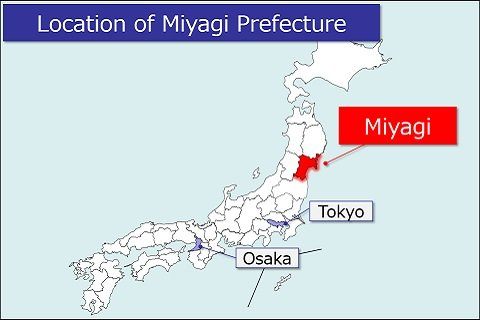 Sasa-kamaboko – The Evolving Sendai Specialty! The Perfect Japanese Food for Souvenirs or Nibbles for Drinks!

In the Tohoku region of Japan, Miyagi prefecture has the largest population and is a leading city in terms of economy and culture.

At its core is the city of Sendai. There is an abundance of nature such as the Hirosegawa River that is famous as its symbol and a hilly area with botanical gardens, and many trees line the roads in the city center. It’s the kind of city that makes you want to go take a walk in.

Talking about Sendai, its specialties include the ox tongue and sasa-kamaboko. Especially in recent times, attention is once again focusing around sasa-kamaboko due to the new products that an old established store keeps coming out with.

Kamaboko is pureed white fish meat that is kneaded after mixing it with seasonings, and is then steamed or roasted. This traditional food has a history extending more than 900 years. Its nutritional values are high with rich protein content. Kamaboko can be utilized in a low-carb diet menu. Sasa-kamaboko is a type of this kamaboko that has been formed it into the shape of a bamboo leaf. It’s said that sasa-kamaboko was started when, in the latter half of the 19th century, an abundance of flounders could be caught in Sendai, which were used to make minced fish paste for preservation, tapped using the palm of the hand, formed into the shape of a bamboo leaf and then roasted. Although it was known by many names back then, its name has been unified after a company called Abe Kamaboko-ten started calling it the “sasa-kamaboko.”

Abe Kamaboko-ten, to whom sasa-kamaboko owes its name, continuously develops new sasa-kamaboko as they carefully select the ingredients and seasonings to combine. Limited-time-only products are very worthy of our attention. For instance, “Hizukuri Hirame” and “Hizukuri Madai” are the ultimate of sasa-kamaboko, made with almost excessive abundance of luxuries in ingredients and recipes. The price will set you back a bit, but nevertheless it is simply delicious. There’s also a smoked sasa-kamaboko flavored with cherry tree smoking chips. It contains salami and Camembert cheese inside, making it an excellent nibble for your drinks.

The main kind of sasa-kamaboko continues to evolve as well. The ones currently sold have no fishy smell and are great since those who dislike fish can enjoy them as well. The packaging that brings out the “traditional Japanese feel” is pretty and very suitable for souvenirs. If you stop by the Abe Kamaboko-ten store, you can find various kinds of unique kamaboko in addition to sasa-kamaboko. Abe Kamaboko-ten is in the Sendai train station, but many directly managed stores can also be found throughout the city, so we recommend you stop by a store when visiting Sendai.