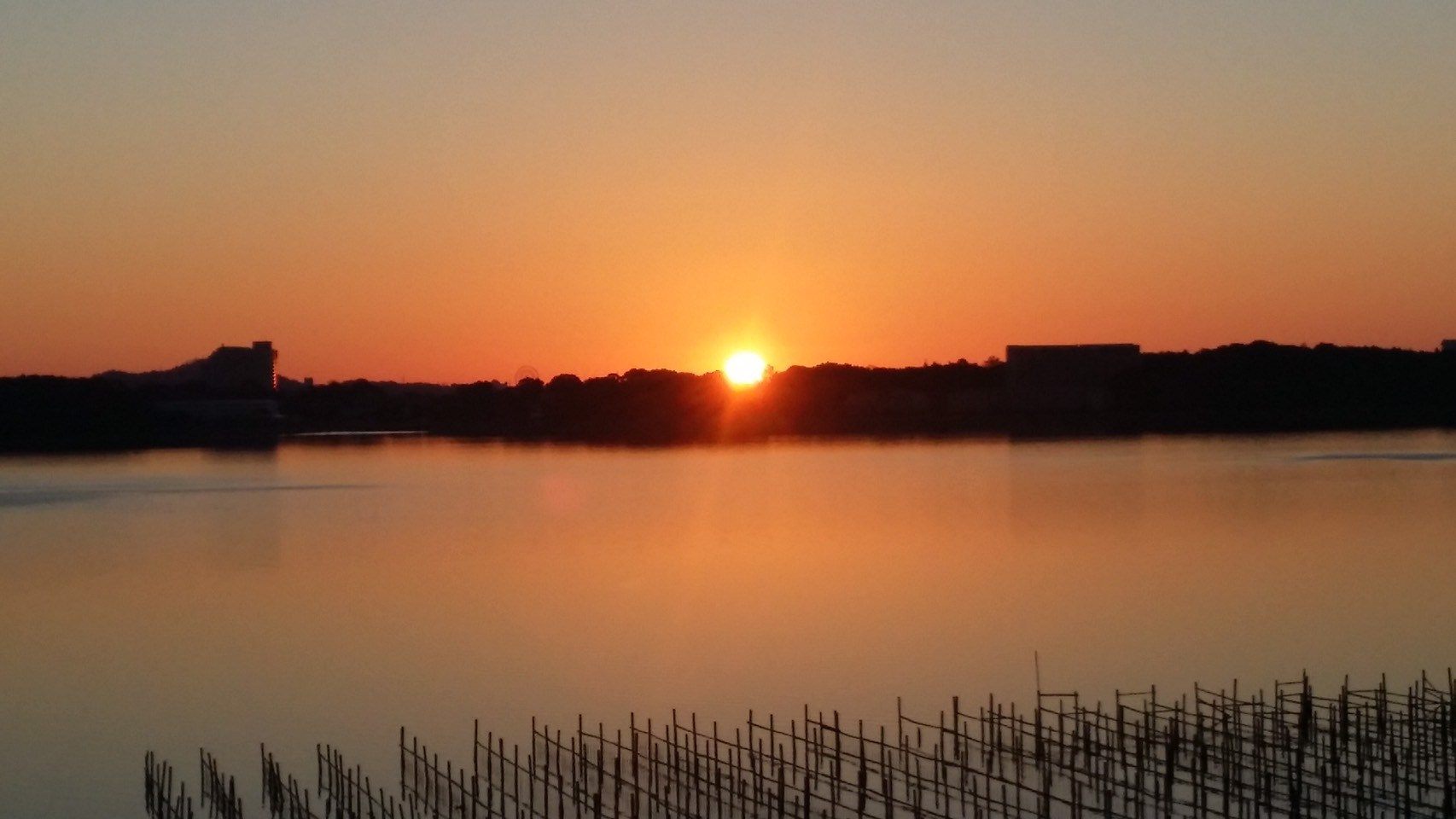 On the afternoon of December 31, 2016, I got in a car with my family and headed to Hamanako Lake Side Plaza Hotel in Shizuoka Prefecture. That evening we ate toshikoshi-soba together, or “year-crossing noodles” which is a traditional Japanese noodle dish eaten on New Year's Eve, listened to the New Year’s bell being rung with the other hotel guests, and woke up early to gaze out at the first sunrise of 2017 from our room’s window.

It was a moment of overwhelming happiness. We had witnessed the New Year, 2017, arrive safely. Happy New Year!

Lake Hamana is located between Hamamatsu City and Kosai City, Shizuoka Prefecture. It has an area of 65 km² and is the tenth largest lake in Japan. Particularly famous for its farming of unagi, or freshwater eels, the lake is also well-known for its cultivation of oysters, seaweed, etc. In 2016, Lake Hamana entered a “friendship exchange” tourism agreement with Taiwan’s Sun and Moon Lake.

Situated on the shores of Lake Hamana, this island-style resort is simply outstanding; it's the perfect place for a family getaway. The rooms are simple yet spacious, and almost every room features a sensational panoramic view of the lake and its surroundings.

The heroine of the 2017 historical drama Naotora: The Lady Warlord, Ii Naotora, was the female feudal lord of Iinoya during the Sengoku period. Iinoya is actually modern day Hamamatsu City, Shizuoka Prefecture, home of Lake Hamana! So it’s really no surprise that Hamanako Lake Side Plaza Hotel is currently displaying the helmet of Ii Naotora in their lobby. They are also offering tastings of the local sake named after her, Junmai Ginjo-shu: Ii Naotora. This sake would make a great souvenir, too!

Our recommended hotel for families: Hamanako Lake Side Plaza Hotel

Address
200 Mikkabichoshimona, Kita-ku, Hamamatsu City, Shizuoka
Access
25 mins from JR Hamamatsu Station to Shinjohara Station on the Tokaido Main Line, then 15 mins to Okuhamanako Station on the Tenryu Hamanako Line, and from there it’s a 5-min walk
URL(Japanese)
http://www.h-lsp.com/
Tel
053-524-1311

Photos of Hamanako Lake Side Plaza Hotel in 2017