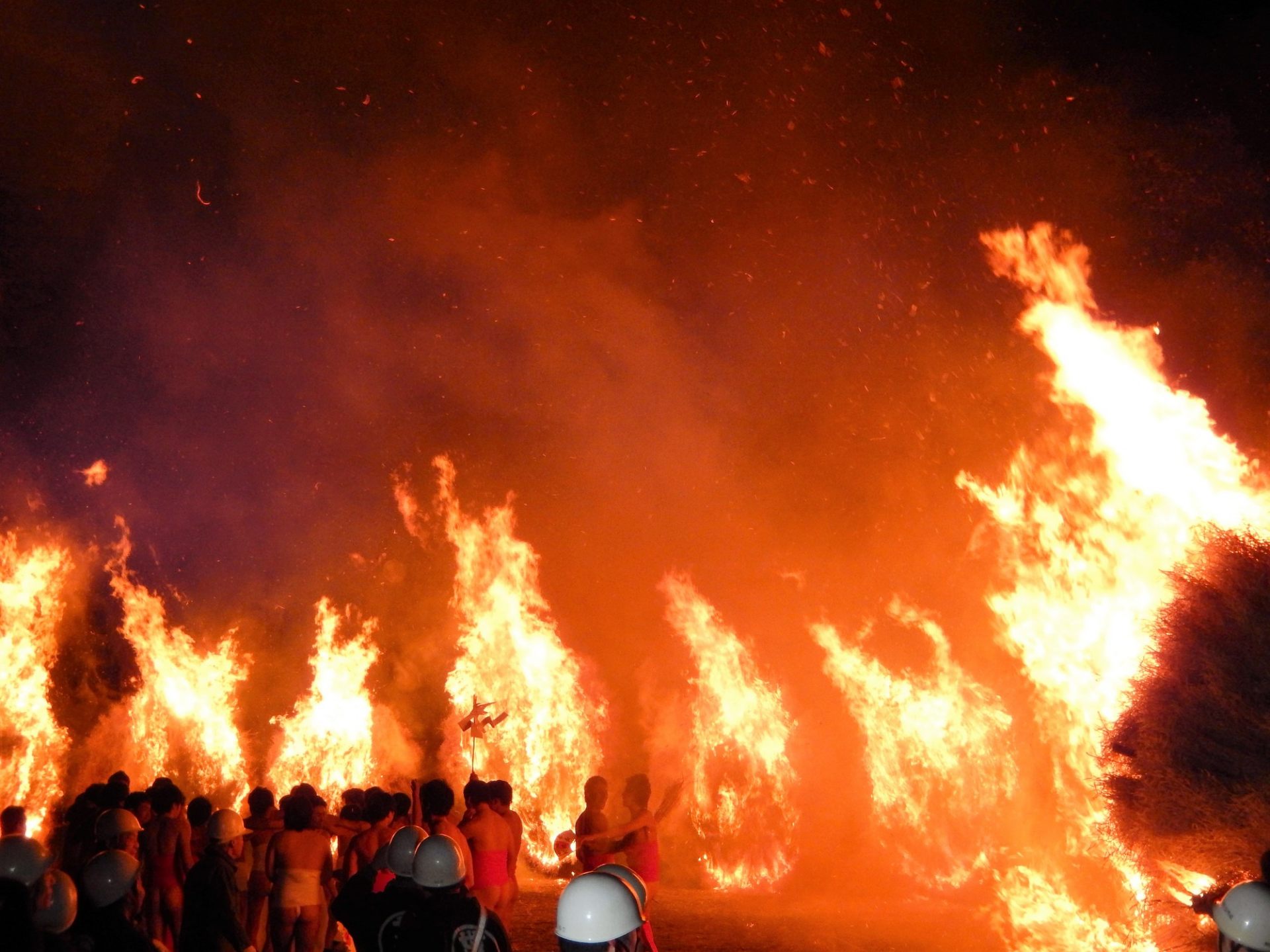 This fire festival has a history of around 800 years. It is held to pray for good health and avoidance of illness.
The Katsube Fire Festival has been designated as an Intangible Folk Cultural Property of Shiga Prefecture.
During the festival, young men dressed in loincloths set fire simultaneously to 12 large torches. The torches are shaped to look like snakes, and each is 5 meters long, has a diameter of 4 meters, and weighs around 400 kilograms.
The flames from the torches reach over 10 meters in height, making for an amazing spectacle.