Enman-in Temple in Otsu, Shiga is a Monzeki Buddhist temple with over 1,000 years of history. Monzeki refers to temples of high standing that have been connected to the Imperial family since ancient times, and these are only 17 of these precious locations in the whole country.

The Shinden hall that serves as the venue where you can experience Japanese culture has been designated a national important cultural property. It was built in 1619 to commemorate Masako, the daughter of Tokugawa Hidetada, the second shogun of the Tokugawa shogunate, becoming the empress of Emperor Go-Mizunoo. Later in 1647, it was dismantled and moved to its current location from the Kyoto Imperial Palace. There is a garden called "Mii Garden" on the south side of the Shinden hall where you can view the beautiful scenery from season to season.

Try out Zen meditation to peacefully confront yourself

Among the abundance of programs that allow you to experience Japanese culture, this program is for trying out Zen meditation. The chief priest will explain the reason for Zen meditation, and how to do it with easy to understand explanations, allowing you to try out Zen meditation while cultivating a better understanding of it. This one moment of carefully confronting yourself in a quiet room with wafting scents of incense is a precious experience that you can't appreciate if you just go on a sightseeing tour.

Take a moment to experience all kinds of traditional cultures

In addition to Zen meditation, there are a variety of other programs you can also experience such as the tea ceremony, tosenkyo (fan tossing game), hand copying sutras, tracing a picture of a Buddhist image, and dressing in a kimono. There is also an accommodation facility for visitors on the grounds called "Sanmitsuden," and guests can participate in the "morning duties" that take place every morning. Allow yourself to deeply appreciate Japanese culture through various experiences. 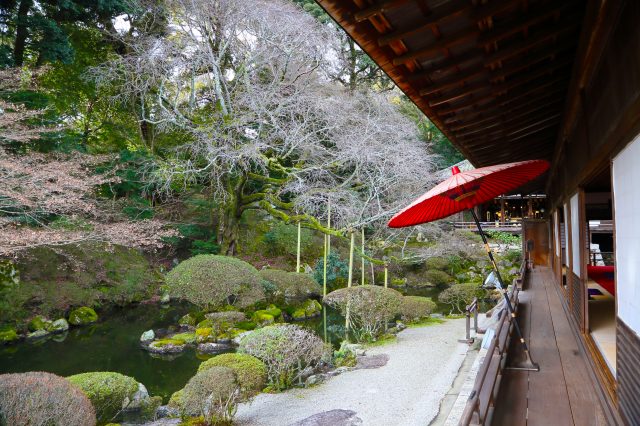 A Deep Dive into Japanese Culture at Enman-in Monzeki Temple