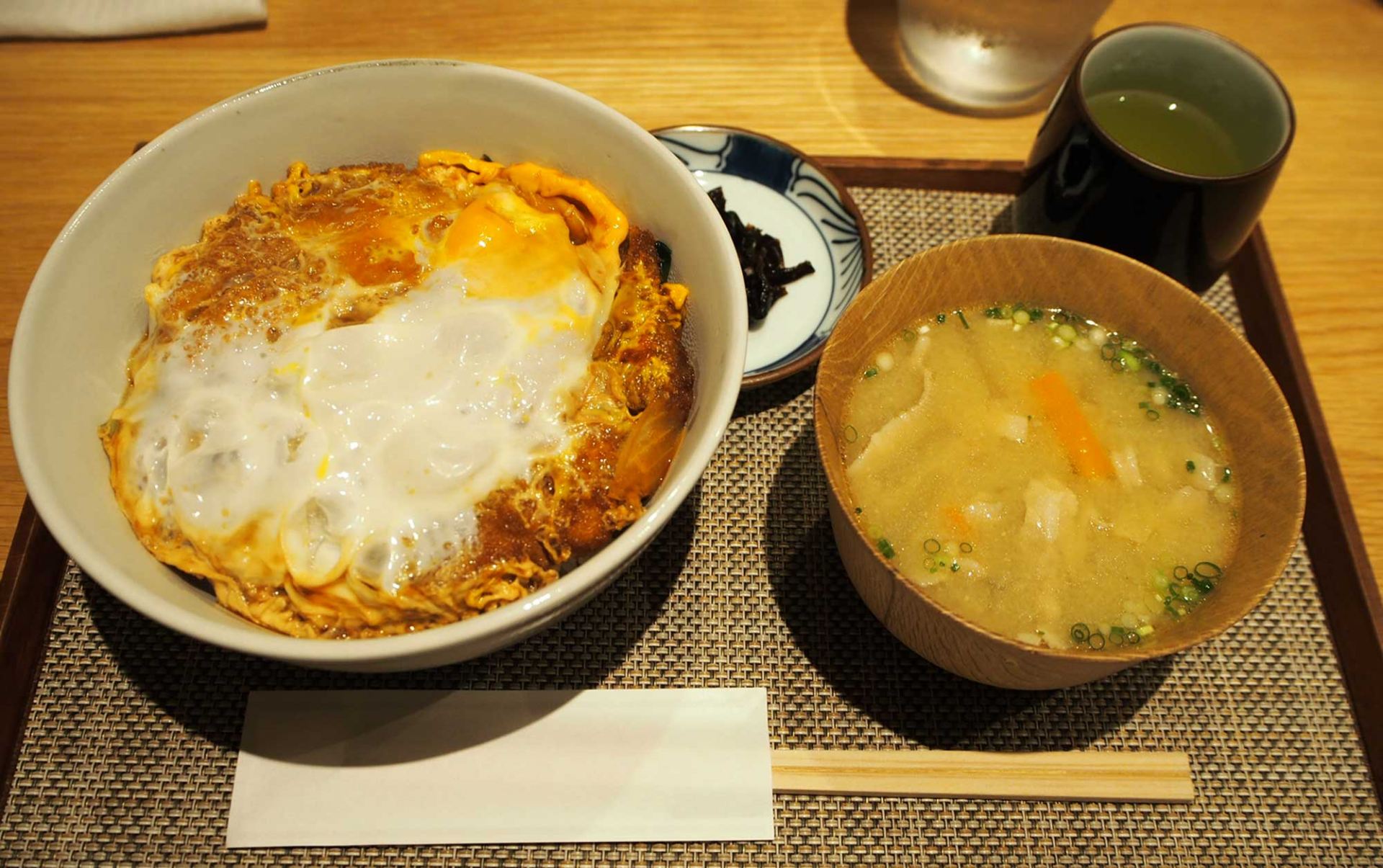 A Fukuoka Restaurant that Serves Only Katsudon! Dig in to Amazing Katsudon at “Yuraku”

“Yuraku” is a famous katsudon restaurant in one of Fukuoka’s residential areas.
Katsudon is a dish in which fried pork cutlet is put on top of a bowl of rice along with onions and eggs cooked down in a special broth.
This is my favorite Japanese dish for when I just want to eat a bunch.

Founded in the Tenjin area of Fukuoka in 1948, Yuraku enjoyed tremendous success and popularity, but it was forced to relocate to the Yakuin area due to redevelopment.The restaurant reopened in 2016.

The shop is tidy inside, with only 10 counter seats available.
It actually looks somewhat like a high-class sushi restaurant.

The only options on the menu are katsudon, or katsudon with a side of soup.
Aside from that, the only other items are drinks.
It truly is a restaurant that’s been loved for so many years just for its katsudon.

Katsudon with Side of Soup – 1,000 yen
You can choose whether you want less, regular, or extra rice, all for the same price.
I went with the regular amount.

The soup is pork soup.
It was packed with plenty of veggies and pork; delicious!

The eggs on the tonkatsu were just a tad over half-cooked. This is my favorite doneness.
It’s also seasoned just right; as expected from the perfect katsudon! It’s no wonder they have so many dedicated fans!

The pork is sourced from Fukuoka Prefecture’s Itoshima.
The pork cutlet has been cut into easy-to-eat pieces.
The cutlet is relatively thin, but it covers the entire bowl, so you end up feeling like you got more meat than in typical katsudon. What a deal.
There’s so much pork that, even if you order the extra-sized portion of rice, you won’t end up with any left over.

Since the “katsu” of “katsudon” sounds like the word “katsu” (“to win”), katsudon is often eaten before important games or tests.
Katsudon is the perfect meal before a game, delicious and filling!