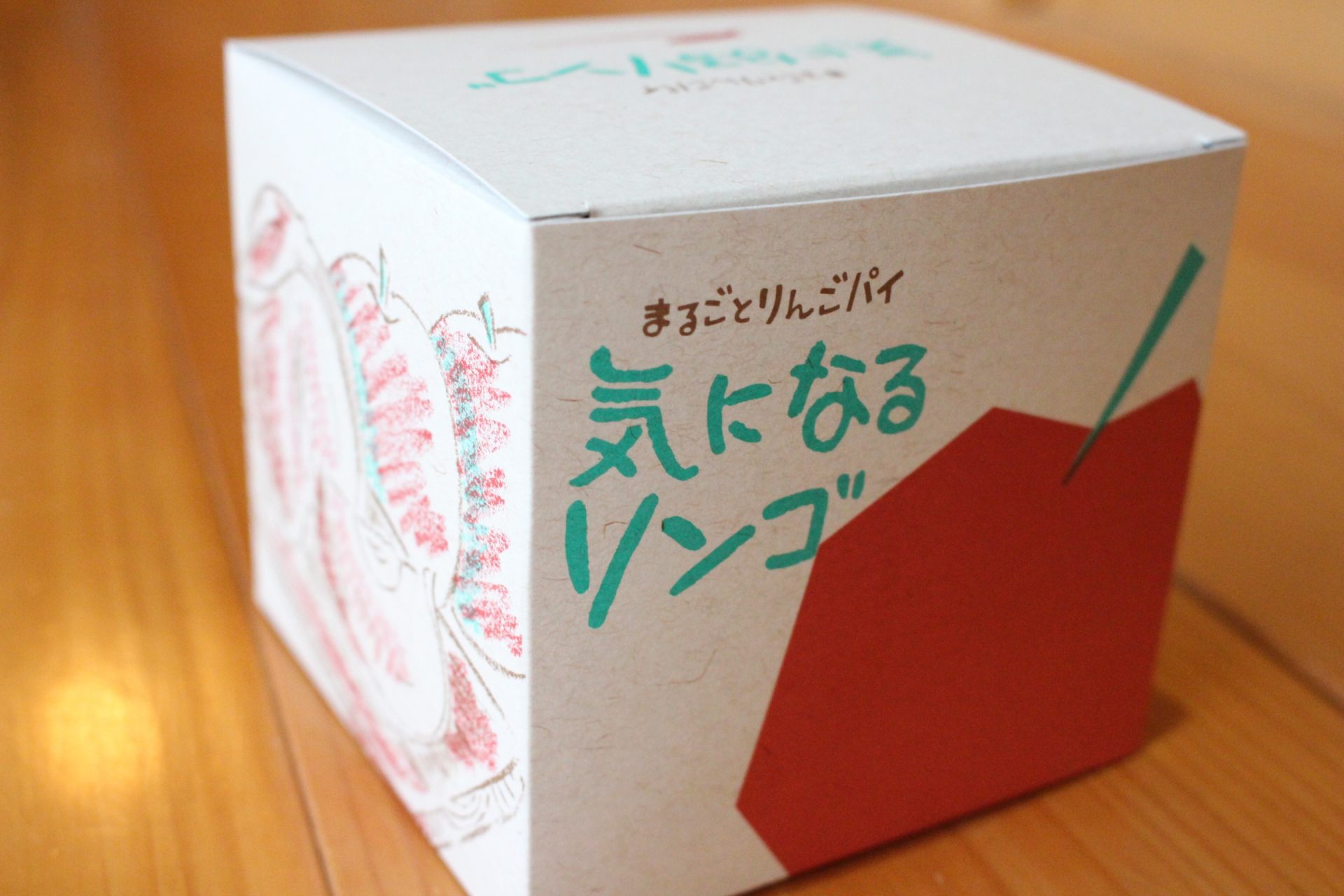 The Whole Apple Pie "Kini Naru Ringo" is an apple pie using one whole apple of the Fuji variety from Aomori Prefecture in northern Japan.
As the gold medalist at the 24th annual National Sweets Exhibition, this is a typical souvenir from Aomori.

It's about as big as a softball and weighs about 350 grams.

When I open the bag, a delicious apple aroma fills the room!

One whole, juicy apple is inside this pie!
The skin is left on the apple, which is cored and filled with an apple paste flavored with a hint of cinnamon.
Since the pie crust is thin, it doesn't interfere with the taste of the apple.

Although typical apple pies use soft apples that have been simmered, this one is soaked in syrup. Enjoy the crisp texture that's just like a real apple!
Since they have confidence in their apples, they can make this kind of apple pie!
The pie is quite large, but it's not too sweet. When you eat it, this pie is lighter than you might expect!
By the way, if you chill the pie before eating it, it's even more delicious!