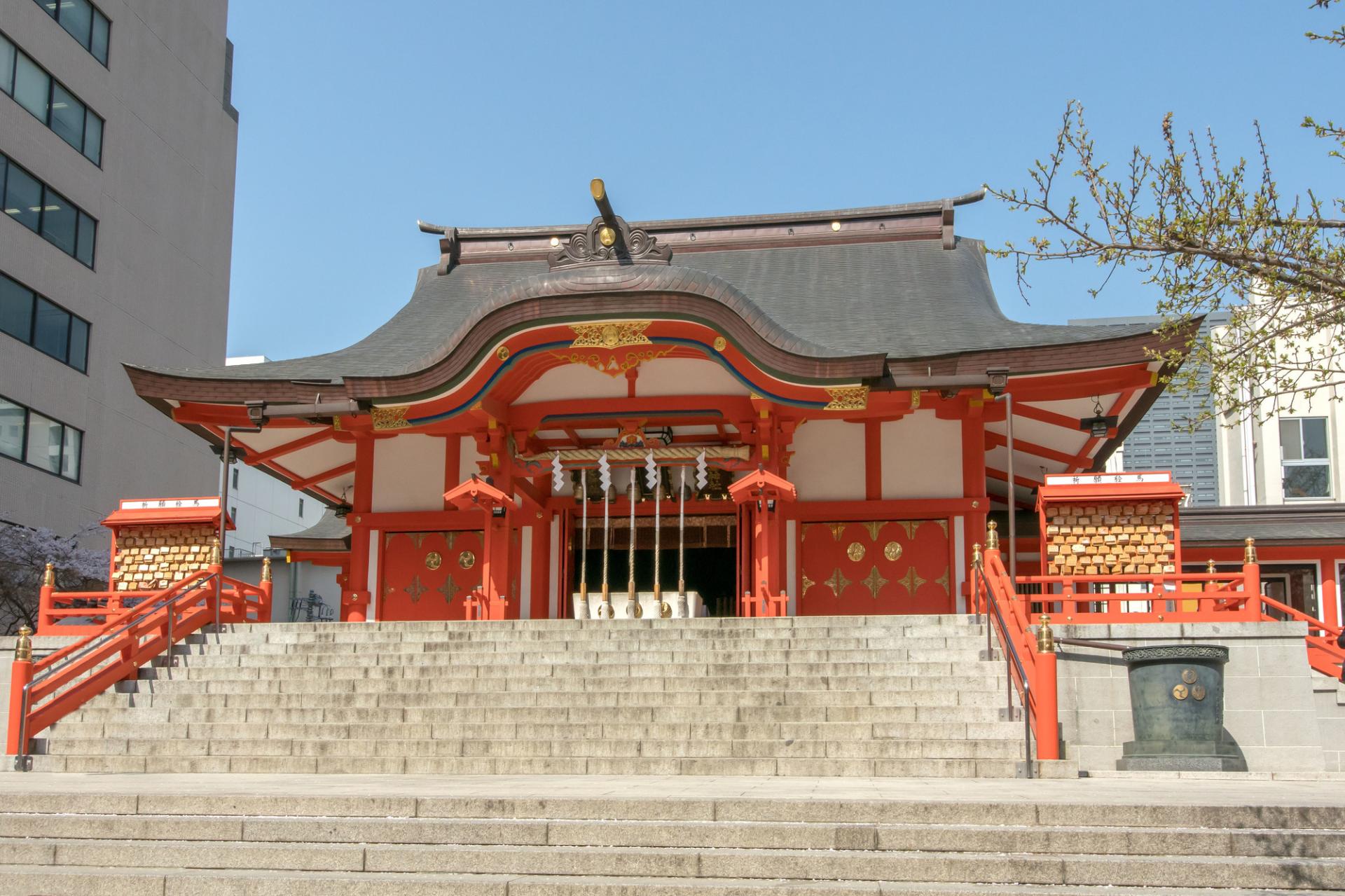 A Quiet Shrine Protecting the Bustling Streets of Shinjuku

From long ago, the shrine located here has held an important Shinto deity for all of Shinjuku. It exists quietly among the shopping malls and eateries lining Shinjuku's downtown streets.
The Shaden (Main Shrine) was once burned down, so in order to reconstruct it, a theater was opened on the shrine grounds, where performances of plays, dances and spectacles gained popularity.
In November, visitors can see Tori-no-Ichi, the so-called "Rooster Festival", in which booths showing performing and other types of arts carry on this tradition.
Within the shrine grounds, there is Geino Sengen Shrine, where merchants and people involved in the arts come to seek the blessings of the gods.