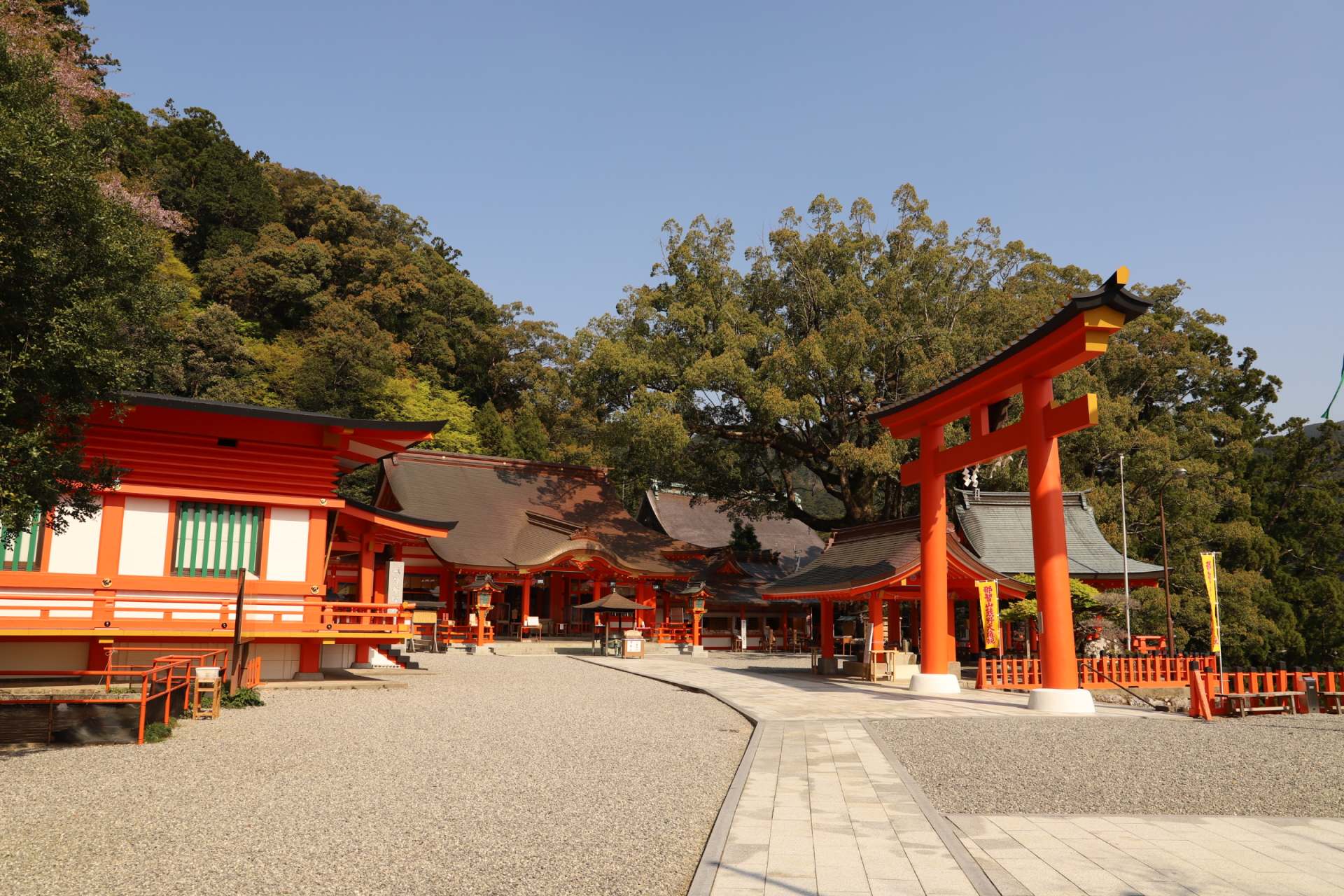 One of the three major shrines on Kumano mountains that is believed to help with relationships and wishes. There is an 850-year-old giant camphor tree and many other spots to see.

In 662 BC, Kamuyamato-iware-hikonomikoto (became Emperor Jinmu) dedicated Nachi Waterfall as a god in this shrine. It is the head shrine of Kumano Shrines all over in Japan, known as one of the three major Kumano Shrines. It has another name, “Musubi no Miya” which means the shrine to bring a marriage and wishes to come true.

After a long stone steps, a red prayer pavilion looms, followed by six main chambers each holding different gods, that form a holy area. Besides the main chambers, there are the Bird Stone said to be the former crow that led Prince Jinmu to his destination, Nanrei Shrine known for the symbolic rebirth ritual, Yama-zakura cherry planted by the famous general, Hujiwara no Hidehira, etc. The holy Nagi tree, which has adapted to the nature in Kumano, is believed to bless visitors with peace and safety.

The place is open to the public for free, but you have come a long way, try the formal worship (the First Ceremony fee: 5000yen) which lasts for 30 minutes. A priest will explain the shrine’s history in the main chambers. After a worship, receive mementos at the shrine office, including the victory amulet with the design of a crow, believed to be the messenger from Kumano god.
The shrine was registered as World’s Cultural Heritage at UNESCO in 2004.