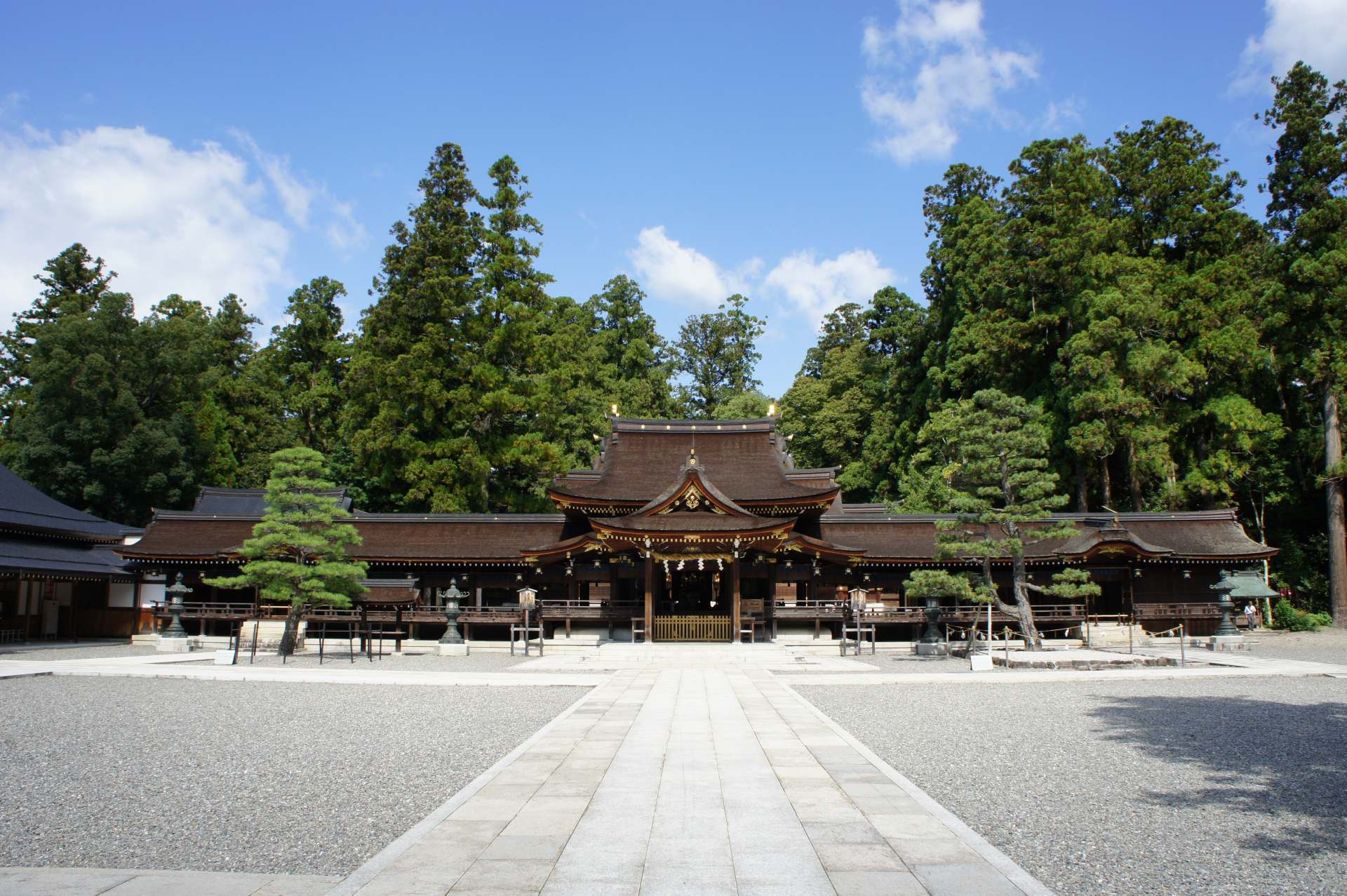 This is the first major shrine in Omi Province, which is known throughout Japan as the parent shrine of life, enshrining the deities Izanagi no Oogami and Izanami no Mikoto from the national birth myth.

It is the largest shrine in Omi Province, and is worshipped nationwide as the parent deity of life, with blessings such as healing from illness, prolonging life and longevity, marriage, and warding off evil. Takeda Shingen prayed to the shrine to get rid of bad luck, and Toyotomi Hideyoshi prayed for the prolongation of his mother's life, so the shrine was highly revered by the warlords of the time. The shrine is known as "Otaga-san" and still attracts about 1.7 million visitors a year.

The deities worshipped at the shrine are Izanagi no Oogami and Izanami no Mikoto, who were the first to enter into a matrimonial bond in ancient times and gave birth to the land of Japan and All the gods. As the parent deity of Amaterasu, the deity of the Ise Jingu, the shrine has a deep connection with the Ise Jingu, so much so that it is said, "If you go to Ise, go to Otaga, as Ise is the son of Otaga”.

When you step into the solemn and peaceful atmosphere of the shrine grounds, you will feel as if your body and mind have been cleansed. After visiting the main shrine, go around the precincts to see the sights. The Taga Taisha Garden, which stretches to the north of the inner sanctuary of the former Fudo-in Temple, is a famous pond garden created in the Azuchi-Momoyama period (1573-1603) and is designated as a national scenic beauty. It is said that Hideyoshi donated the garden, along with the Taikobashi Bridge and the Taikozura, to the shrine as thanks for the cure of his mother's illness.

In the Yoro era, when Emperor Gensho was ill, he offered a ladle along with the rice offered to the gods and was immediately cured. The ladle, which has been popular as a lucky charm for good health since ancient times, can be dedicated as an ema (votive picture tablet).
Also famous is the Manto Festival, a summer event held every year in early August in the Lake Country. The festival is held in early August to give thanks to the goddess Izanami, who protects the spirits of the ancestors, and the shrine grounds are filled with more than 10,000 lanterns.