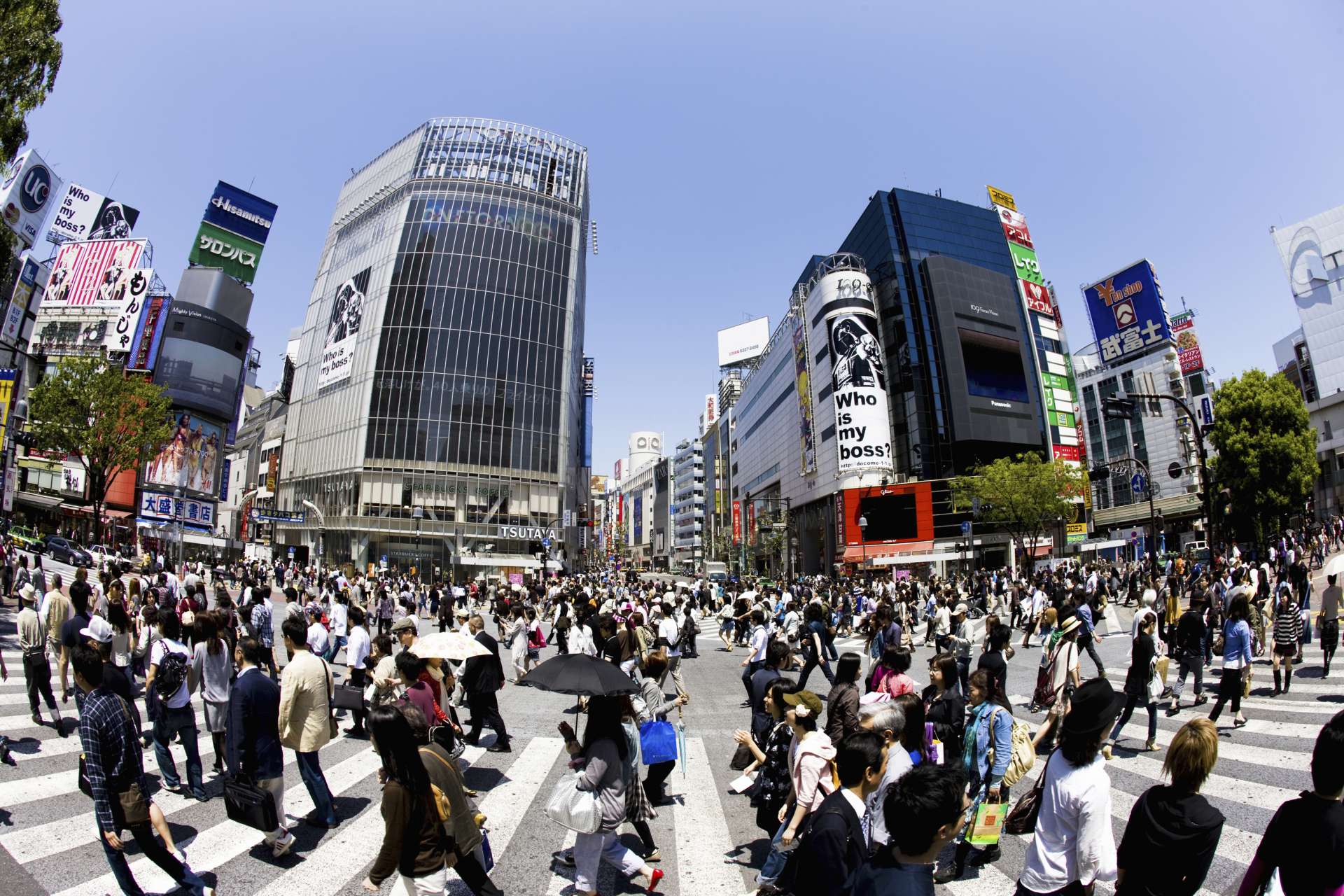 The scramble crossing (otherwise known as an X-intersection or diagonal crossing) in front of Shibuya Station is crossed by about 50 million people daily, and it is one of the largest intersections in the world! Although it is functionally just an ordinary intersection, the sheer number of people that cross it at once makes it an extraordinary sight that draws in overseas tourists, hoping to catch a glimpse of the action with camera in hand. When the cars passing through the intersection are all stopped and the pedestrian crossing signals light up, all the people waiting flow into the intersection, free to cross in whatever direction they wish.
The number of people crossing per signal is often over 3,000!

Shots of Shibuya Station’s scramble crossing are often shown on TV or in promotional videos of Tokyo, as it is one of the defining sights of the city. It is also a common location visited in sightseeing tours of Tokyo. This crossing has become a very popular tourist spot!
If you get a chance, try looking down at the crossing from a second-story or higher viewpoint!