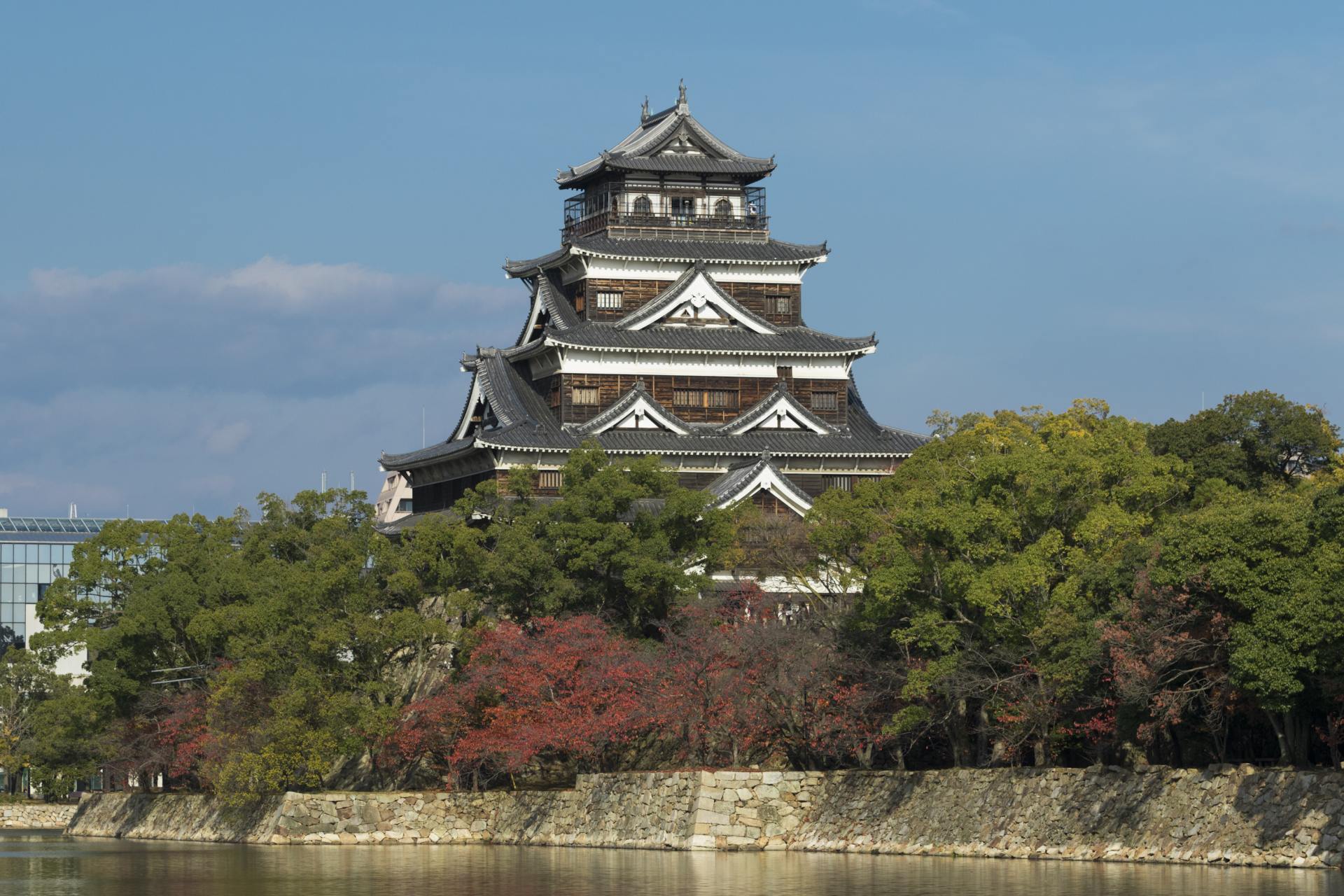 Hiroshima Castle was built in 1589 by Mori Terumoto. A beautiful location also known as “Carp Castle,” Hiroshima Castle was once designated as a national treasure, but the original structure was destroyed by the bombing of Hiroshima. The structure has since been rebuilt and restored, and its beautiful wooden structure can be seen from outside. Inside the castle is a history museum, which primarily features samurai history.

However, the museum does not just feature historical artifacts; guests can also try on simple kimonos, wear samurai armor and take commemorative photographs, try puzzles that were historically used to teach architectural technology, feel the weight of Japanese swords, and much more.
The castle’s top floor is an observatory. The climb up can be tough, but once you reach the top you can experience a beautiful and refreshing view of Hiroshima.

Depending on the season, the outside of Hiroshima Castle may be illuminated, creating a fantastical atmosphere.
In addition, a short distance from the castle and across the river is a building called “Ninomaru.” Admission is free. Ninomaru features additional historical materials, and visitors can also experience pounding taiko drums.