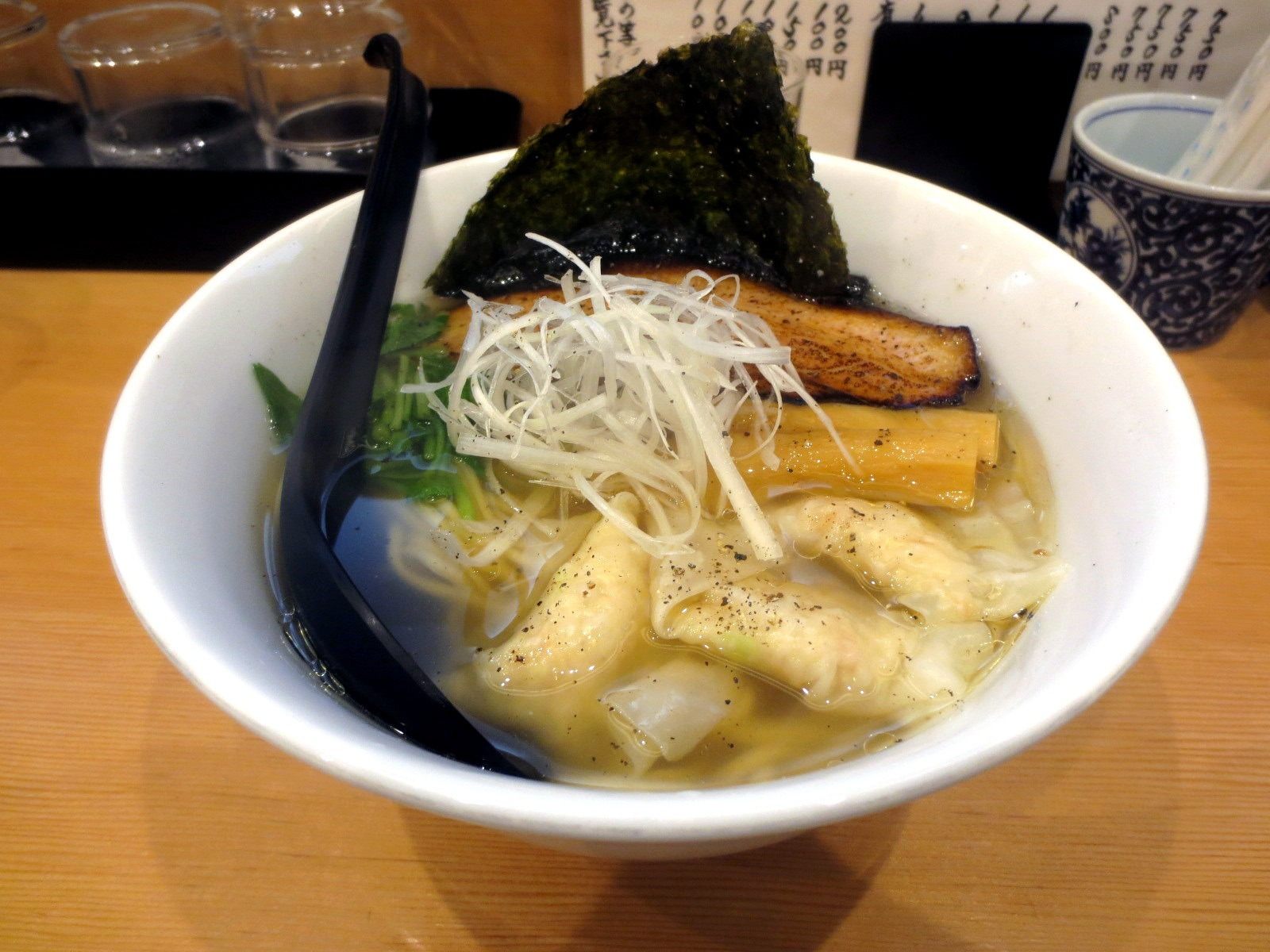 Since it opened in March of 2017, Ramen Kobo Mensaku has enjoyed a good reputation as a cheap and tasty place, so I went to check it out. It is located about 1 minute on foot from Kishinosato Station on the Yotsubashi Subway Line.

The interior featured an L-shaped counter. Like the exterior, it was decorated in a basic white, built to look like a high-class restaurant. There were no steps at the entrance or the restroom, so it looks like there would be no problem for wheelchair users.

For my first order, I went with the Shio soba. I like wontons, so I ordered the handmade shrimp wontons as a topping.

Made with kelp and bonito, the soup boasted a sublime saltiness. The umami (depth) and flavor of the chicken oil lent it a refined taste.

Once I took a sip, the soup was so good that I wanted to drink it up right away! Black pepper offered a nice touch, too.

The noodles had a firm and chewy texture, but they slipped off the chopsticks, so they were a bit difficult to eat.

When eaten with seaweed, the flavor expanded, making it even more delicious!

Having absorbed a lot of soup, the wonton skin was wobbling. The shrimp inside was bouncing with juiciness, too. Eating such a tasty wonton was a moment of supreme bliss!

Made from pork belly, the flame-broiled Char sui had been cooked to the crumbling point, so when I picked it up with my chopsticks, it fell apart right away.
This meat was thick and chewy, and the broiling lent it flavor.

I hate to say it, but clean-up was rather slow, leaving a slightly negative impression. However, the quality of the ramen was quite high.