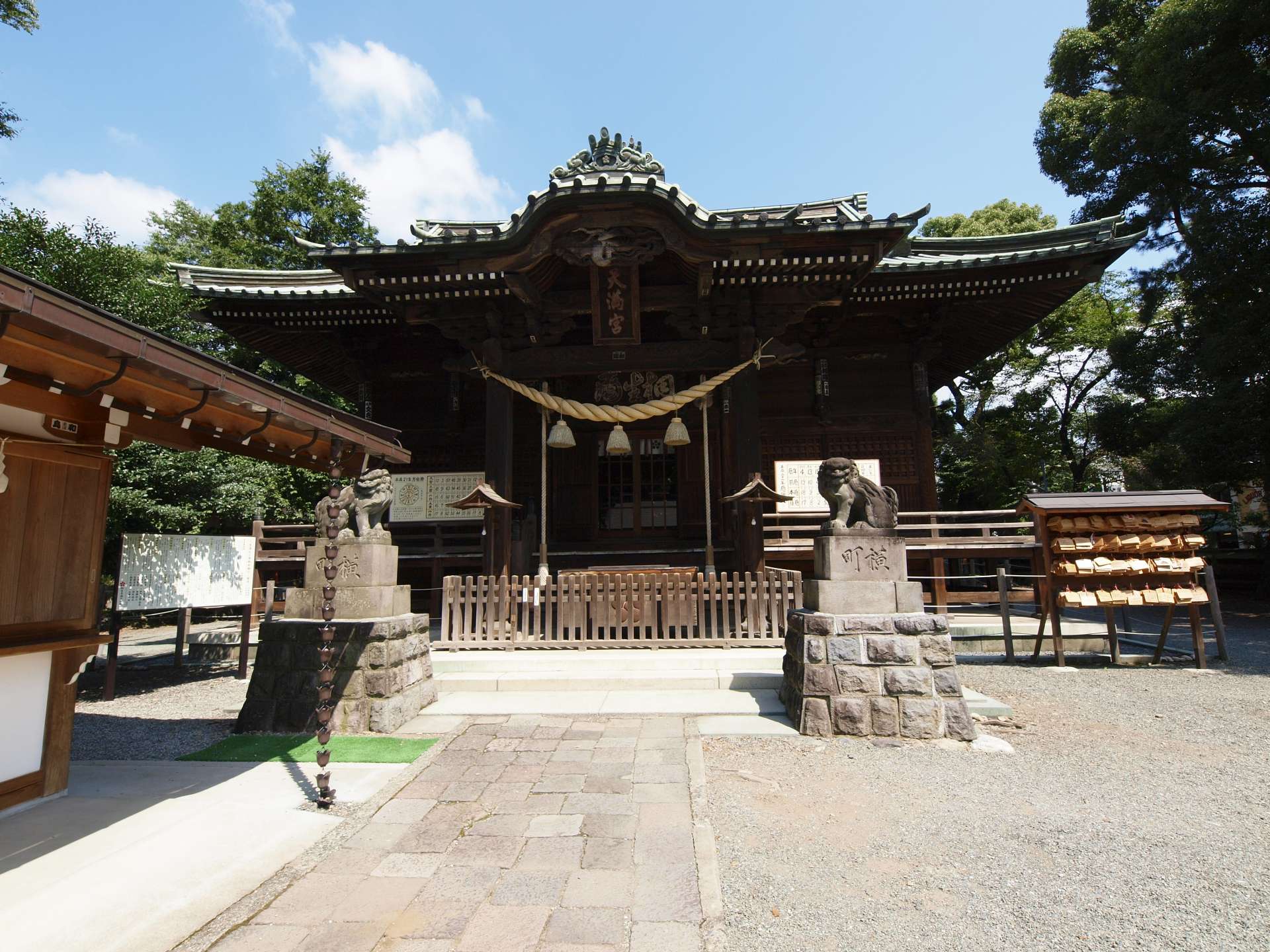 Kiryu Tenmangu is one of the branches of the Kyoto/Kitano Tenmangu Shrine and one of the Five Great Shrines of the Kanto region, where it stands as the shrine presiding over the city of Kiryu. The shrine has a longstanding history, and according to the shrine's records, the shrine was built to enshrine the God Amano Hohi no Mikoto, before later becoming the Tenmangu, enshrining the deity Sugawara no Michizane, in the early Northern and Southern Courts period.

Upon entering through the shrine gates, you will find the main building of the shrine straight ahead of you. The current shrine was completed in 1793, and the gongen-zukuri style shrine (a Shinto shrine structure where the haiden and honden are connected in the shape of an H) has a honden (main building) connected to the heiden (offering hall) and haiden (worship hall). As the name, “Tenjin on Top of the Stone” suggests, the honden and heiden are constructed on top of boulders, and the outer walls are inscribed with incredibly intricate carvings all the way around. As a structure that consolidated the pinnacle of construction techniques at the time of its founding, the shrine has been designated one of Gunma prefecture's Important Cultural Properties, and is undoubtedly an architectural feat worth having a look at. Be sure to check out the back of the structure as well when visiting.

Additionally, while Tenmangu is commonly known as the “God of Learning”, the blessings of this shrine are not solely limited to this. Kiryu, which has historically been touted for its scenic beauty, is positioned in an ideal spot from the standpoint of the art of feng shui. In other words, the location can be described as a kind of spiritual epicenter. In accordance with feng shui practice, the main shrine has the four gods Seiryu, Byakko, Suzaku, and Genbu placed in the east, west, south, and north respectively, and their plentiful blessings, bestowed by the energy of heaven and Earth, include business prosperity, well-being of family, good health, happiness and fortune, and protection from disaster. Accordingly, the shrine is frequented by many visitors seeking good fortune, regardless of season.

Another highlight is the Kottou-ichi (Antique Market) of early folk tools, an event held every first Saturday of the month on the temple grounds. Along with the Kottou-ichi of Tokyo/Togo-Jinja Shrine and Kawagoe/Kottou-ichi, it is known as one of the Kanto region's Three Great Kottou-ichi, and is met with great enthusiasm at every showing. There are over 80 shops from all over the country at any given time, and the wide selection of items include household tools, antique scripts, ceramic wares, wood prints, kimono, and swords. It is a highly recommended spot to visit if you are in the mood for a treasure hunt.