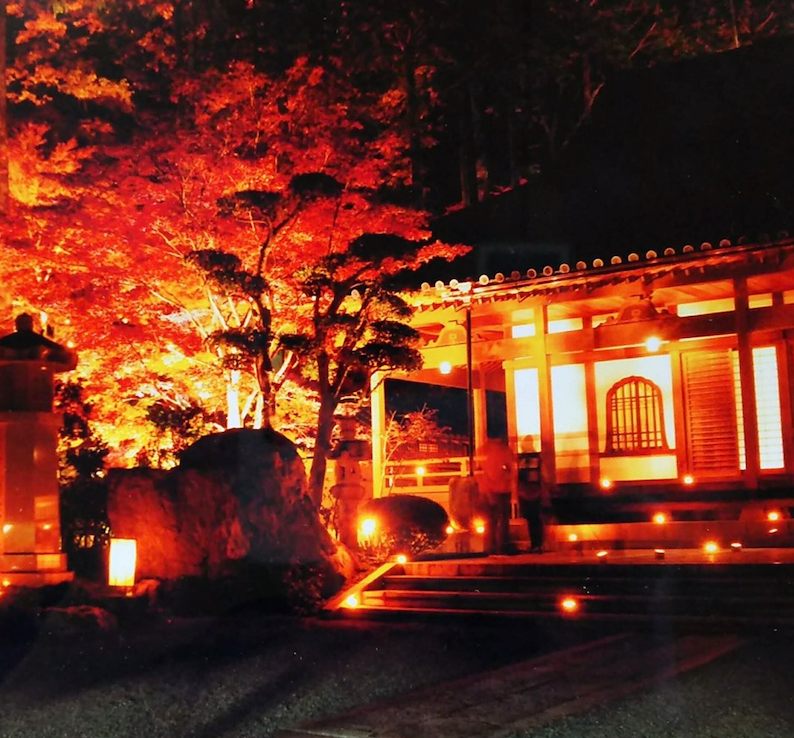 Adorned in Abundant Nature, an Ancient and Honorable Temple with a History of Over 800 Years

From Kiryu’s city center, head west towards a mountainous region. Enveloped by abundant nature, you will find Banshozan Souzenji, a Buddhist temple that has been designated as a Green Space Environmental Conservation Area by Gunma Prefecture. Its beautiful scenery in all seasons, such as spring greenery and fall foliage, is one of this temple’s charms. Strengthen heart and soul just by strolling along Amitabha-no-Komichi, a path extending through a deciduous broad-leafed forest behind the temple. On the vast grounds covering approximately 33,000 square meters, an over 600-year-old amur cork tree, designated as a Natural Monument by Gunma Prefecture, will command your attention.

Even more appealing is the deep history that can be felt here. Said to have been founded in 1205 by Chimyo Shonin, a disciple of Honen Shonin, founder of the Rinzai Sect, the main building of Souzenji has kept on shining the light of Buddhism for over 800 years. Climb the stairs and the first thing to catch your eye will be the old temple gate, with a deep history dating to its construction in 1727. Go through the gate and on your right is an old bell tower, recorded as having been built in 1753.

The main attraction of this temple is, without a doubt, its Amitabha Buddha statue, designated as an Important Cultural Asset of Gunma Prefecture. Said to have been created during the Kamakura Era (1185-1333), this wooden structure still keeps its benevolent expression. While it usually cannot be seen, the Amitabha Buddha statue is unveiled for public viewing once a year, on November 22 and 23.