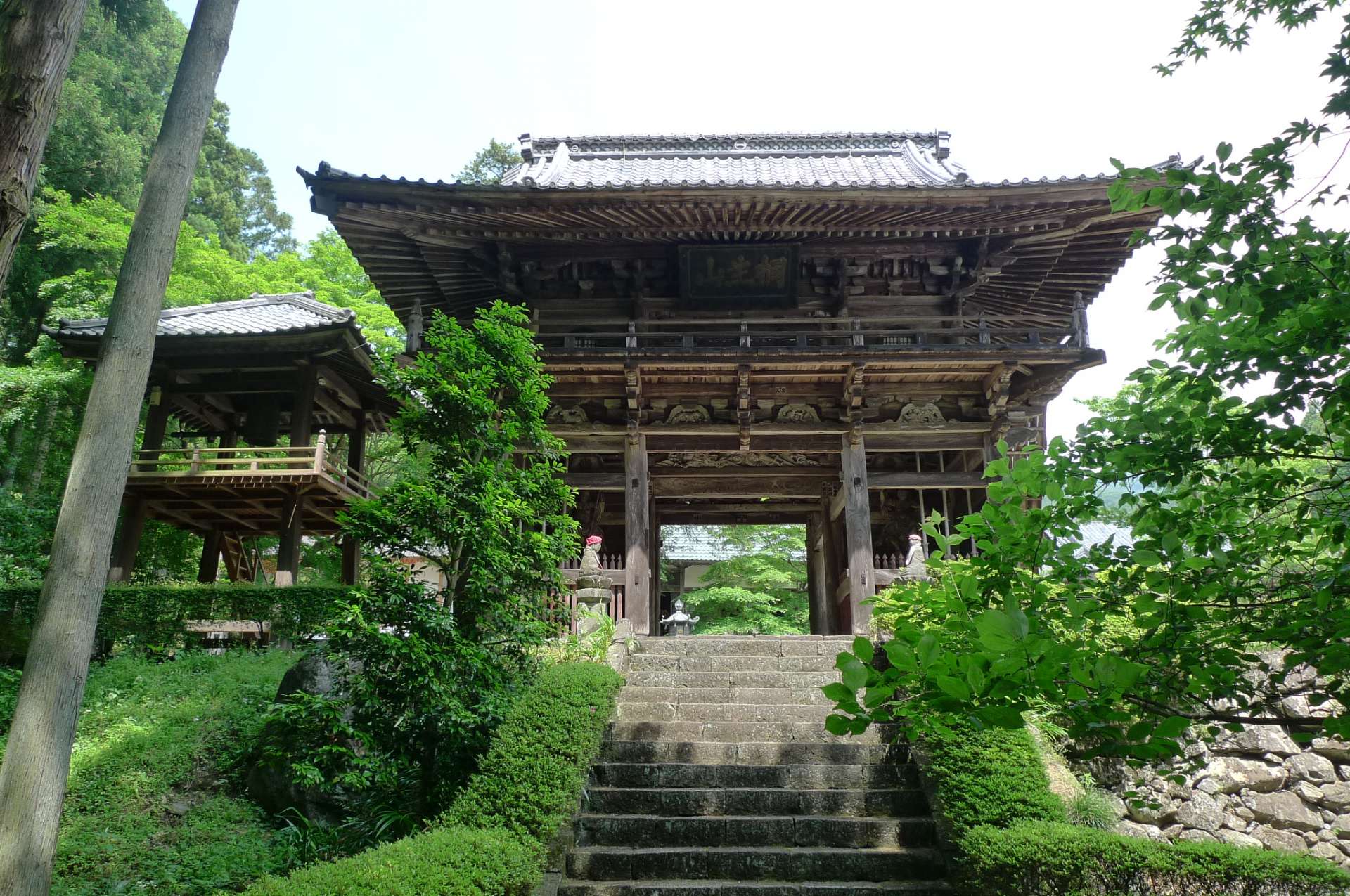 Visiting the 7 temples which drive off 7 types of bad luck and give good luck to visitors.

The Seven Gods of Fortune have been worshiped since the late Muromachi Period (1336~1573), and were worshiped by especially farmers and fishermen. In 1989, the late Kawarai Genji, who was a famous collector from Kiryu City, founded the Kiryu Shichifukujin-Visiting Kenwa Gathering. This has been held by Kiryu City for more than 30 years. Not only was this meant to visit the Seven Gods of Fortune, but it also works as the best walking course spanning 7.5km to see the seasonal nature and historical buildings of Kiryu City. This is easily accessible the route only takes around 2 hours, so it has been popular not only among the local residents, but also among tourists who visit from afar to maintain their health.

The 6th temple among the Kiryu Shichifukujin course, the Hosen-ji Temple, which was made in 1574 and which houses the Bishamonten is said to have the power to provide unlimited treasure from its spear, and it is believed to have the power to protect warriors and install the power to hear the truth. Bishamonten is one of the Seven Gods of Fortune and as it is said to have the power to bring fortune, good luck, and academic achievement while warding off bad luck. It has been worshiped for a long time. There are also many other local tourist attractions. These include the grave of Yura Narishige, the lord of Kiryu Castle, which is a designated ruin by Kiryu City, and also the Great Hall which is an important cultural property of the city, the Sanmon Gate, and a rotating shelf for Buddhist sutras!

Address
3-9-15 Miyamotocho, Kiryu City, Gunma (Komyo-ji Temple)
Telephone number
0277-22-4854 (Komyo-ji Temple), 0277-32-1177 (Office and Hosen-ji Temple)
Opening hours
The best time to visit will be in the morning (You will need to call in advance if you want to collect stamps)
Closed
No holidays
Fee
Visiting cost, card for the stamps 1,500 yen (The cards for the stamps are only sold at Komyo-ji Temple and Seiho-ji Temple)
Payment methods
Cash only
Access
Komyo-ji Temple, which is the starting point, is a 20 minute walk from Kiryu Station on the JR Ryomo Line.