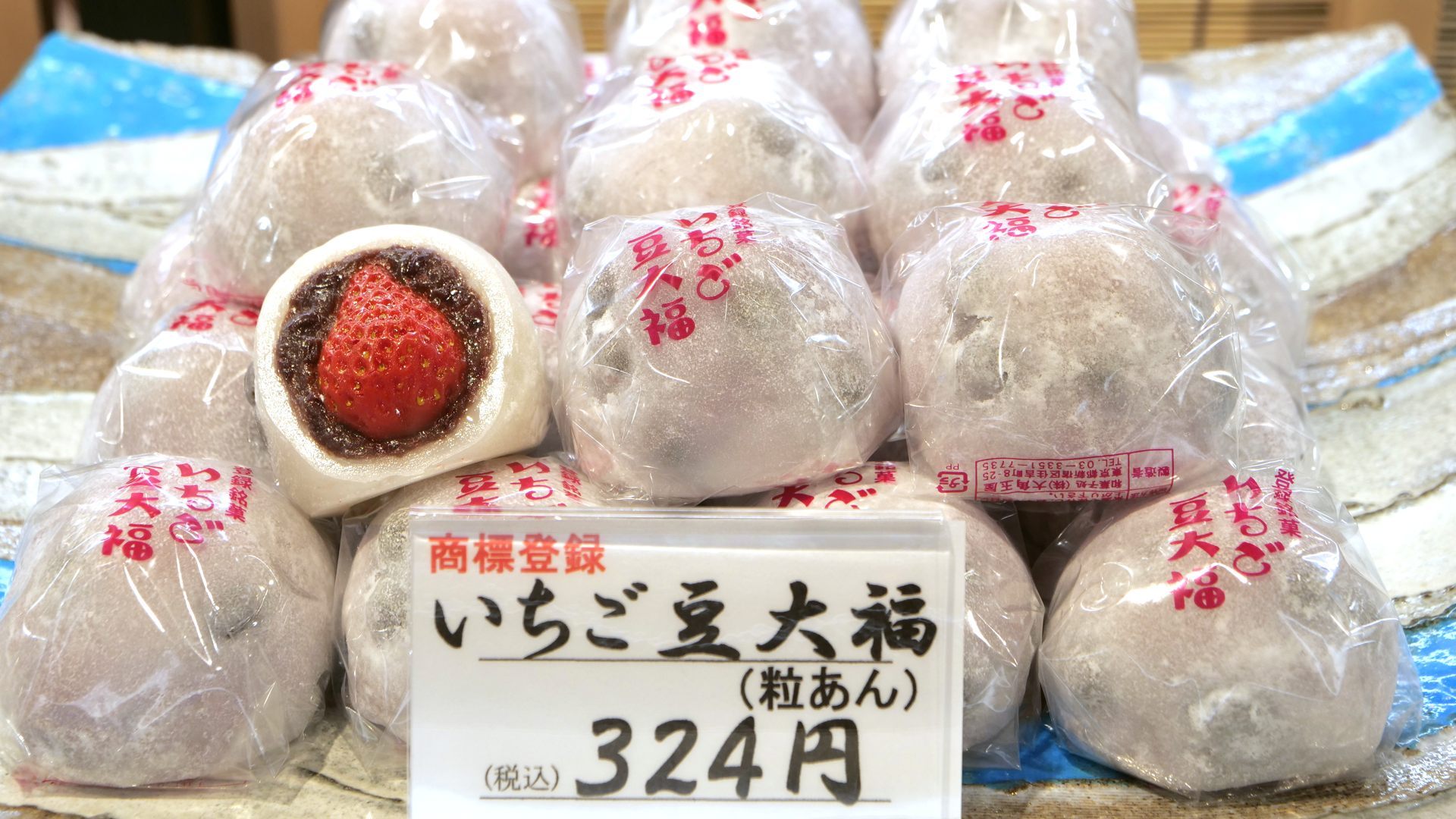 Oosumi Tamaya is the original creator of ichigo daifuku, where a large strawberry is put inside of daifuku.
It was first made after New Year of 1985, a time of an economic bubble, when Oosumi Tamaya’s 3rd president Wahei Oosumi read a newspaper column that stated, “The era of Western confectioneries and cakes is coming to an end, and a catalyst can bring about the era of Japanese sweets.” Inspired by strawberry shortcake, the original ichigo daifuku was created by combining Japan’s traditional sweet daifuku with a strawberry.

In 1987, he was awarded for the hit of ichigo-mame daifuku, receiving an honorable mention award from the Japan confectionery association Towakai. Later, Oosumi Tamaya’s ichigo daifuku were chronicled in the history of Japanese confections in the “Toraya Archives,” published by Toraya in Akasaka.
The “Shinkansen Monaka,” developed for the shop location in Tokyo Station, is a monaka and package both designed to look like the new “N700S” train that debuted on July 1st of 2020. Not only is this treat delicious, but it’s fun to look at too!