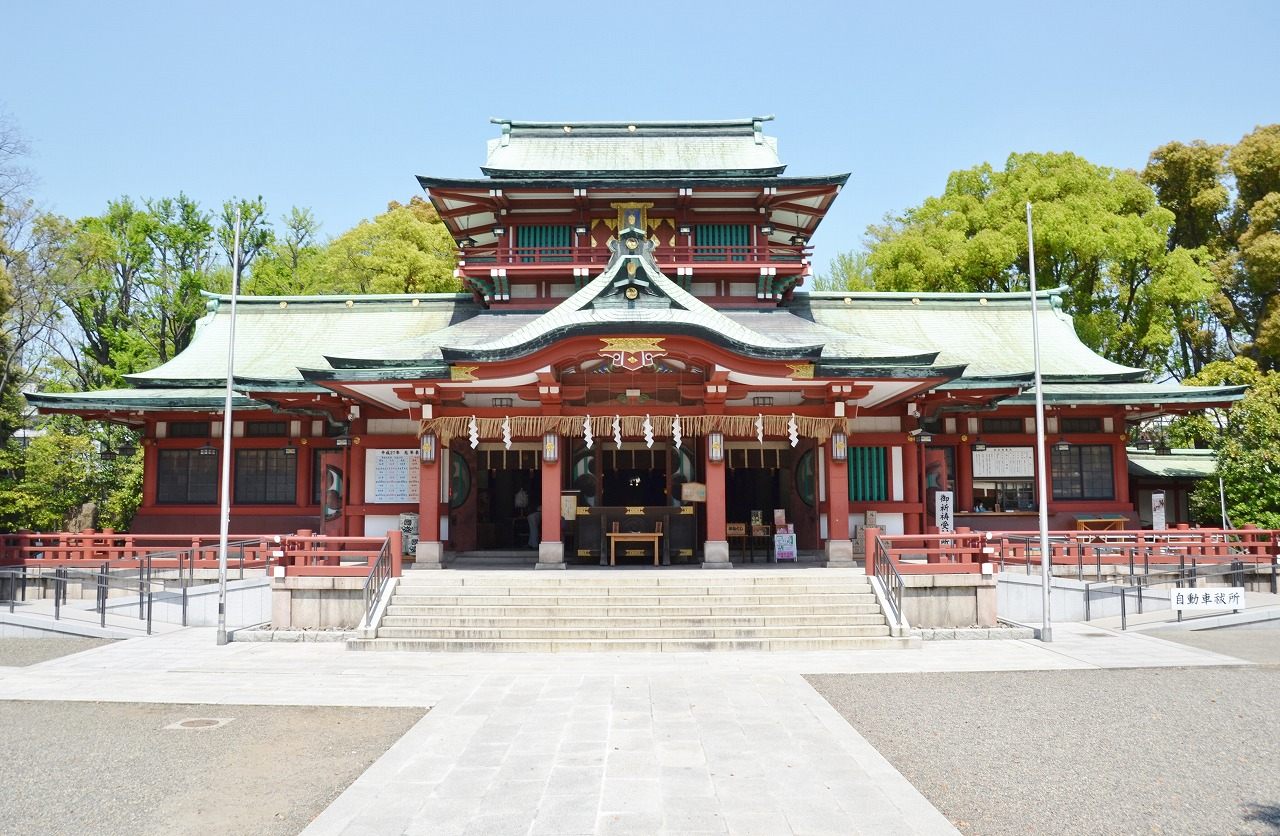 Famous for the Fukagawa Hachiman Matsuri, one of Edo's Three Major Festivals

Fukagawa Hachiman Sama, the deity of this shrine, gathers worshippers from far and wide. Around August 15, the Fukagawa Hachiman Matsuri, said to be one of the 3 biggest festivals dating from the Edo period, is held here. Since the people carrying the portable shrines are doused with water, it is also called "Mizukake Matsuri".
Once every three years, about 120 large and small portable shrines, called Mikoshi, are carried around the neighborhood. Among those, the 54 large Mikoshi lined up on display make quite an impression.
Within the shrine grounds, a special Mikoshi is exhibited. Made of pure gold, this gorgeous jewel-encrusted portable shrine is said to be the largest in Japan.
Since sumo wrestling matches were held here in the past, stone monuments in the shrine grounds pay homage to sumo wrestlers such as Yokozuna grand champions.