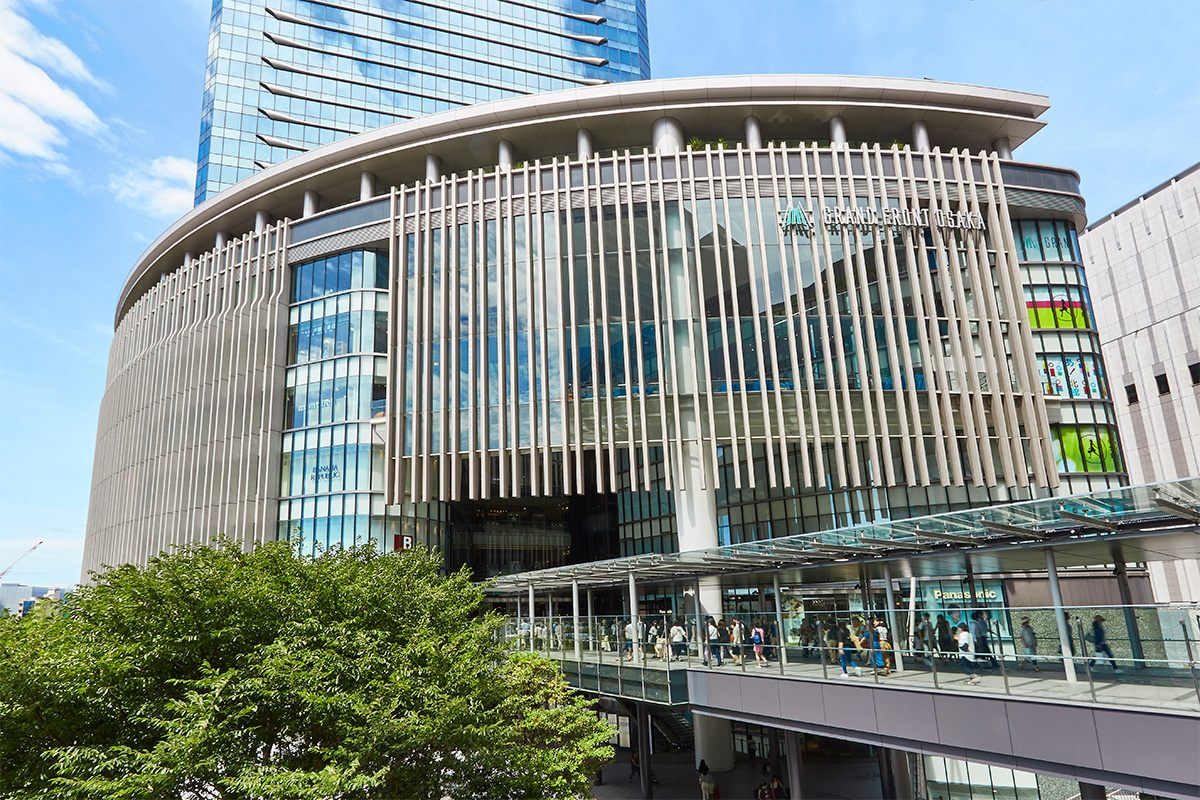 A landmark commercial complex in the Umekita area.

Grand Front Osaka, named as “a city at the forefront open to the world,” is a commercial complex that established in April 2013 in the 7-hectare area on the east side of the "Umekita" district north of Osaka Station.

It consists of four tower buildings, centering on the North Building and the South Building, which houses about 260 stores and restaurants, including popular select stores from Japan and overseas as well as the first flagship store in western Japan. The Knowledge Capital serves as a place for creativity and intellectual exchange to build new value by connecting the knowledge of diverse people. The approximately 10,000 square meter Umekita Plaza has been hosting festivals and events.

The Umekita Cellar, located on the basement floor and first floor of Umekita Plaza and the first basement floor of the South Building, offers a whole new style of foods, while the Umekita Dining area on the seventh to ninth floors of the South Building, facilitates about 35 restaurants.
InterContinental Hotel Osaka, with 272 guest rooms, five restaurants and bars, and a spa, is part of the complex and offers a wide range of facilities. The Grand Front Osaka has become the landmark of Umeda, Osaka.

At the waterfront area of Umekita Plaza, TED HYBER greets people, a 3.5-meter-tall bear-shaped artwork by French contemporary artist Fabrice Hyber. Its charming appearance has been a beloved symbol of Umeda.