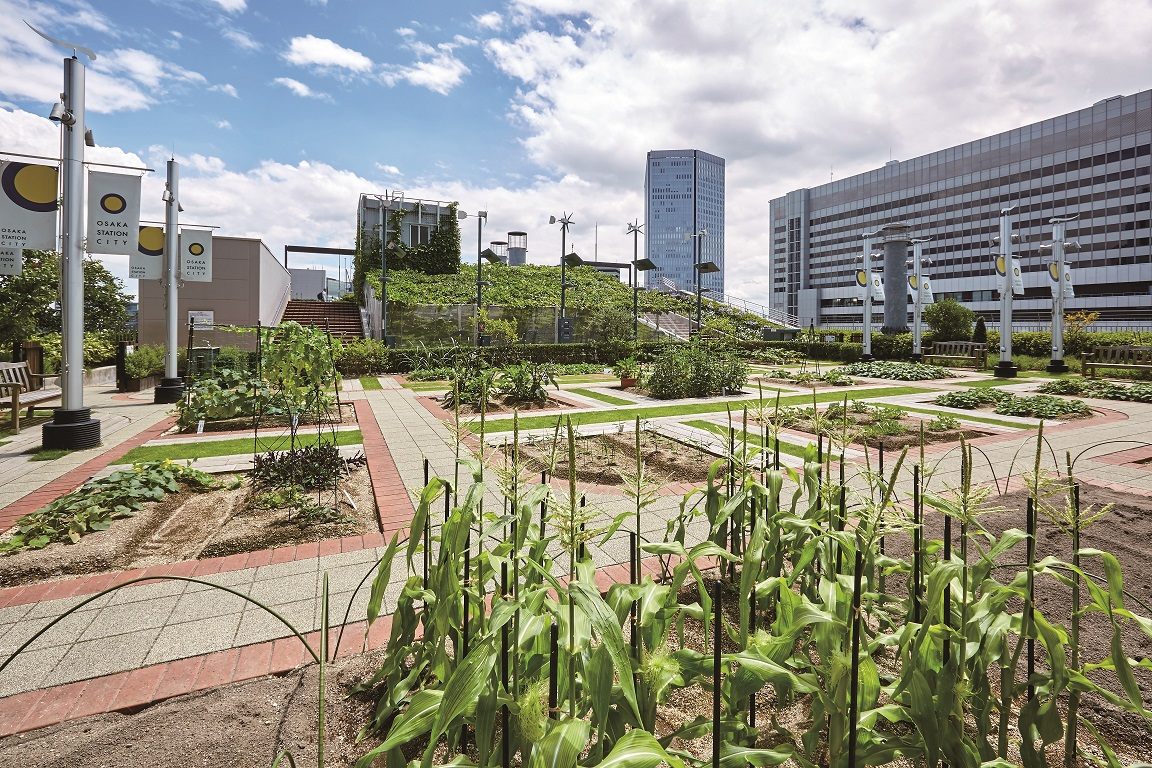 Celebrating its 10th anniversary in May 2021, the Osaka Station "City" is a collection of a train station, department stores, commercial facilities, recreational opportunities, hotels, offices, services, and plazas all in one place.

Osaka Station City opened in 2011 as a "city" where train stations, department stores, commercial facilities, recreational opportunities, hotels, offices, services, and plazas come together. It celebrated its 10th anniversary in May 2021.

The commercial facility consists of three areas: the North Gate Building with LUCUA and LUCUA 1100; the South Gate Building with Daimaru Umeda Department Store; and the Eki Marche Area with the Osaka Station and various shops. The total number of visitors exceeded one billion in July 2019!

The compound contains more than 600 stores, which is about three times the number of commercial facilities in the neighbor Umeda area. There are 53 cafes (as of May 4, 2021), crowded with many people taking a break or meeting up with others. Osaka Station Cinema, one of the largest cinema complexes in the Kansai region has 12 screens and 2,564 seats and is conveniently located by a direct connection to JR Osaka Station. On the 5th floor of the station’s bridge rooftop is the "Toki no Hiroba" (Plaza of Time and Space). This plaza is domed and marked by the "Gold Clock" and "Silver Clock" placed on the north and south sides, which are also widely known as meeting points.

The "Garden in the Sky(Tenku-no-noen Farm)" on the 14th floor of the North Gate Building has a garden with apricot and cherry trees, as well as an herbal area with rosemary and thyme, traditional local vegetables, and strawberries. It creates a lush oasis in the mid of urban area. The "Water Clock" in the South Gate Plaza of the South Gate Building was selected in 2014 as one of the 12 most beautiful clocks in the world by CNN.com, a major U.S. news channel website. The ever-changing art of water are displayed here. There are also other healing spaces throughout the park, making them popular spots to relax and regenerate the mind.