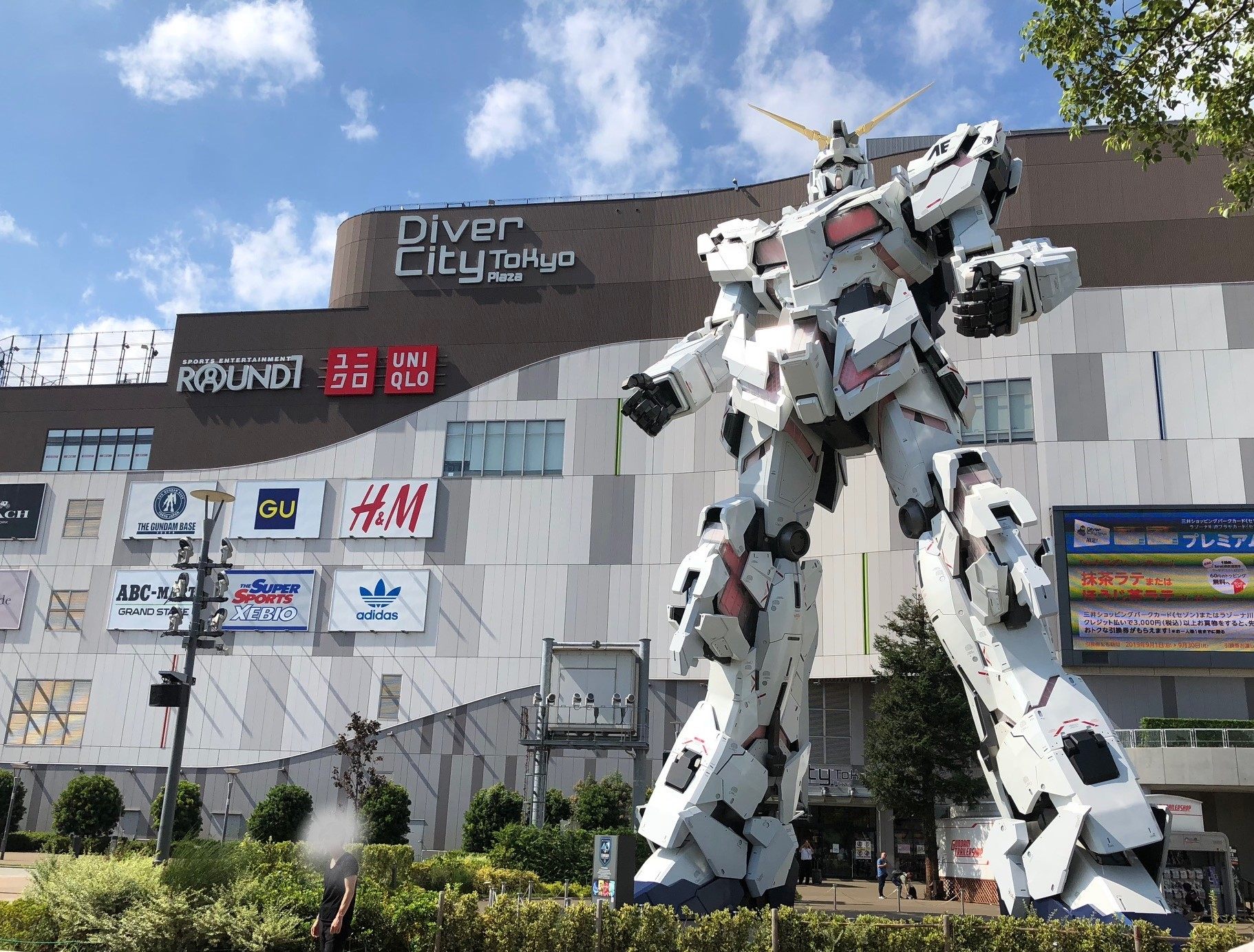 A Large Shopping Mall with a Giant Gundam Statue

Based on the concept of a theater in an urban space, people come here to play, learn, relax, and be surprised or impressed by this landmark of the Daiba district of Tokyo.
It is famous for a giant 19.7-meter statue of Gundam, a major Japanese anime.
Step inside this facility and have fun spending a whole day shopping for both domestic and overseas fashion, as well as various goods at general stores. The mall also has a lot of restaurants, including Tokyo Gourmet Stadium, the largest food court in Rinkai-Fukutoshin.
Tokyo Divercity features a full lineup of the latest in entertainment facilities as well. These include Japan’s largest live house, Zepp Divercity Tokyo and Round 1 Stadium, where you can have fun with karaoke and sports. Living up to its image, there is the official Gundam plastic model complex, THE GUNDAM BASE TOKYO. You can even enjoy a rooftop barbecue without bringing anything!