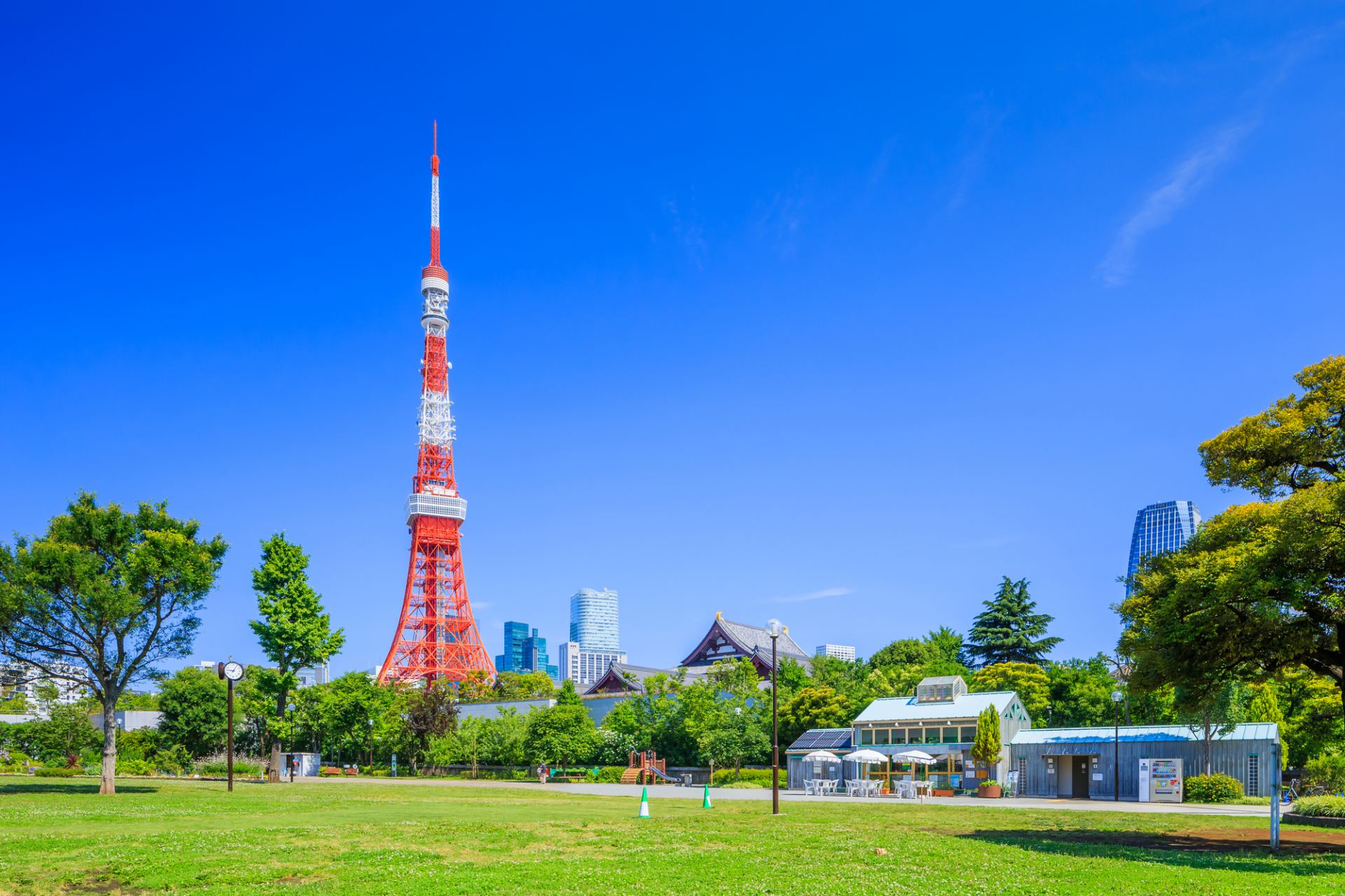 A Historical Park Right Next to Tokyo Tower

In 1873, Shiba Park was one the first places in Japan to be designated as a park.
Located between Zojoji Temple and Shiba Toshogu Shrine, nearby Tokyo Tower can be viewed from anywhere in the park. 。
The long history of this park can be felt in the remains of its ancient burial mound as well as its giant camphor, Japanese zelkova and ginkgo trees.
In spring, over 200 Sakura trees bloom. The foliage of Momoji-Dani ravine can be admired in autumn.