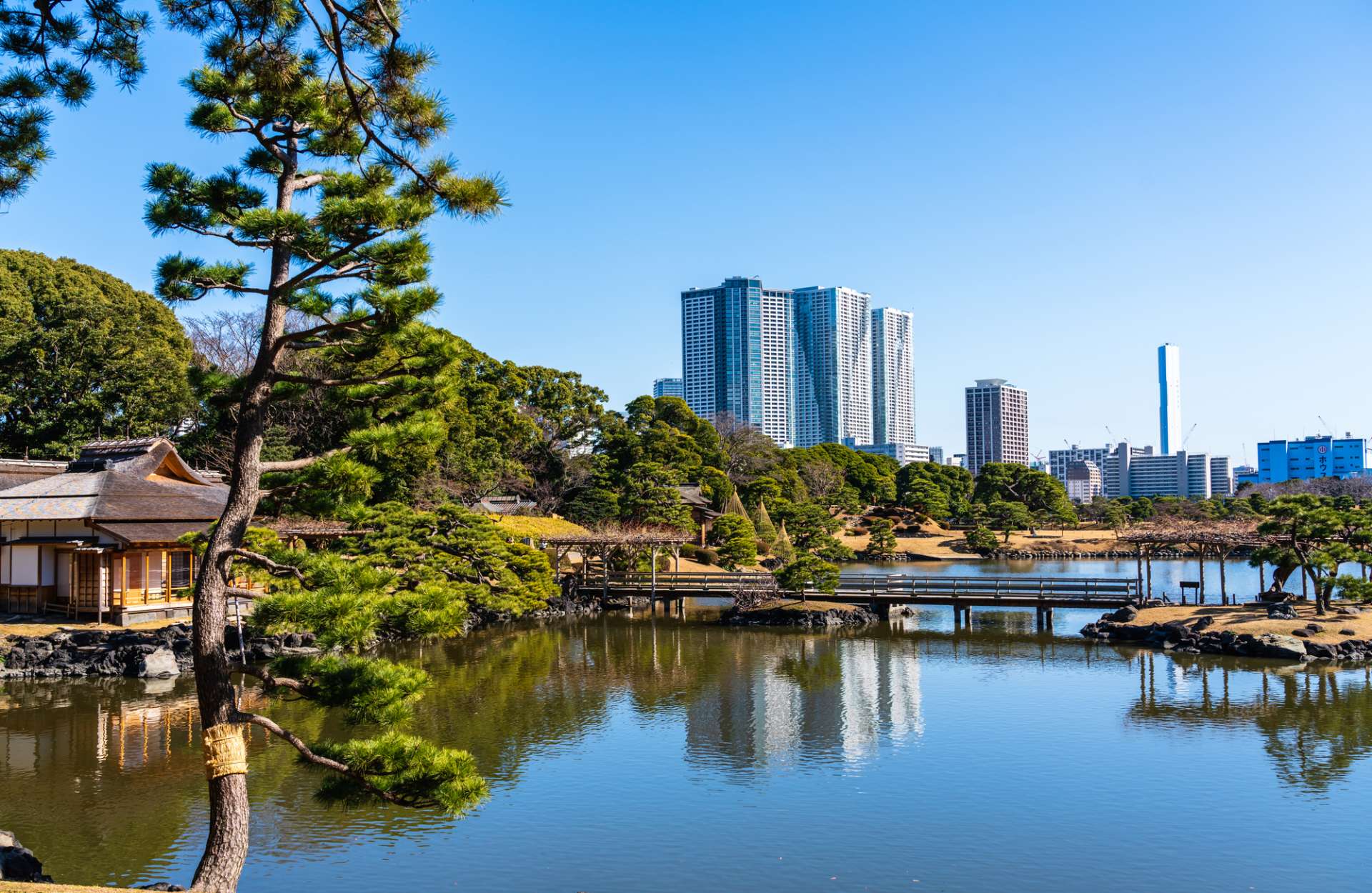 A Japanese Garden Loved by Generations of Edo Shoguns

The Hama-Rikyu Gardens, also called “Hama Goten” during the Edo period, were originally the location of a villa owned by the Tokugawa Shogunate, but later on it was converted into the imperial villa. In 1945, it was bequeathed to the city of Tokyo and then opened to the public.
The pond in the gardens is “Shioiri Pond.” Its water gate is adjusted according to Tokyo Bay’s water levels, making it an unusual pond that changes based on the tides.
It has been designated as both a national special scenic spot and special historical site, and the only other location in Tokyo designated as these is Koishikawa-Korakuen.