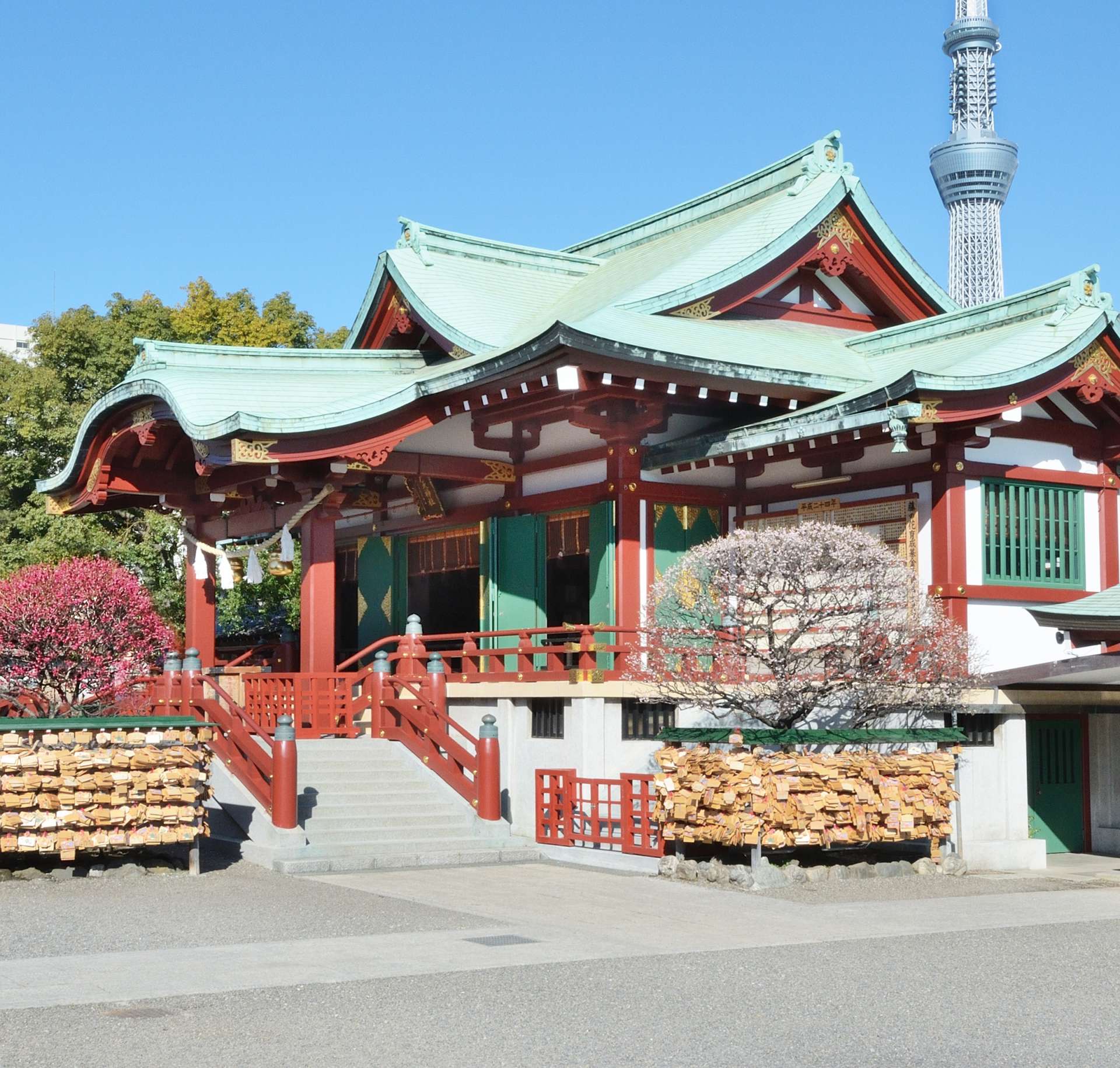 A shrine filled with exquisite seasonal flowers and blessings for academic success.

Three bridges span Shinji Pond: Otoko Bashi, Hira Bashi, and Onna Bashi. Each bridge represents the past lived, the present you can now see, and the hope of the future. It is said that each bridge you cross will purify your heart.

More than 300 plum trees are planted in the temple's precincts, which are said to have been favored by Michizane. Every February and March, the shrine holds a plum blossom festival.
In late April, the wisteria blossom all at once, and the view from the arched bridge overlooking the wisteria trellises attracts many tourists. In October, the shrine also holds a chrysanthemum festival. As befits the shrine's nickname of "Tenjin-sama of Flowers," the shrine grounds are decorated with various flowers every season.
In addition to the Divine Cow's statue, which is said to give wisdom when touched on the head, four other sub-shrines stand around the precincts. Take your time and enjoy a relaxing walk.