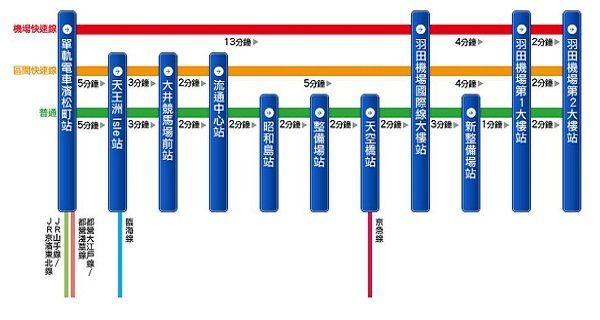 However, there are many stations reachable via Tokyo Monorail where it is enjoyable to get off the train and take a walk. This article is part of a series featuring the charming areas near stations serving Tokyo Monorail. The series is being created in collaboration with Tokyo Monorail. This time we will focus on the east side of Hamamatsucho Station.

learn about the area west of Hamamatsucho Station

Walking north for 15 minutes from the east side of Hamamatsucho Station will take you to Hama-rikyu Gardens. It is a garden built on land reclaimed from the sea in the Edo period, and the pond inside it is filled with seawater. The scenery changes with the ebb and flow of its tides. During the Edo period some 400 years ago, it was a second residence of the Tokugawa Shogun Families, which were in power for more than 260 years, but during the Meiji era it became a villa of the imperial family, and Tokyo Metropolis took ownership in 1945. The following year it opened to paid public admission, which continues today. (Current admission rates are 300 yen for the general public, 150 yen for those age 65 or older and free for elementary school age or younger.) The park has many trees including pine and zelkova and it is full of Japanese ambiance. In the spring visitors can enjoy various types of cherry blossoms along with floodlighting at night. Hama-rikyu Gardens is served by water buses that will take visitors to Odaiba, Asakusa and other popular spots. We recommend enjoying a stroll in the park and then embarking on further Tokyo sightseeing by boat.

▼Take a cruise of Tokyo Bay from Takeshiba Pier and then head to the Tokyo Islands!

Takeshiba Pier can be reached via Hinode Pier on a water bus from Hama-rikyu Gardens and it is an eight minutes' walk east from Hamamatsucho Station. Takeshiba Pier itself is a fun place with a walking path next to the water and a square near the ocean from which visitors can see Rainbow Bridge. It also serves as an entrance to the sea from Tokyo. Tokyo Bay Cruise ships, which let passengers take in the sights of Tokyo from the water, serve Takeshiba Pier. Ships headed for Izu Oshima, Nii-jima, and further away Miyake-jima, Hachijo-jima and Chichi-jima, all in the Pacific Ocean, also depart from Takeshiba Pier. Why not try enjoy an ocean excursion, a different kind of Tokyo sightseeing?

Well, what are you waiting for? Use the Tokyo Monorail to get out and enjoy Tokyo!